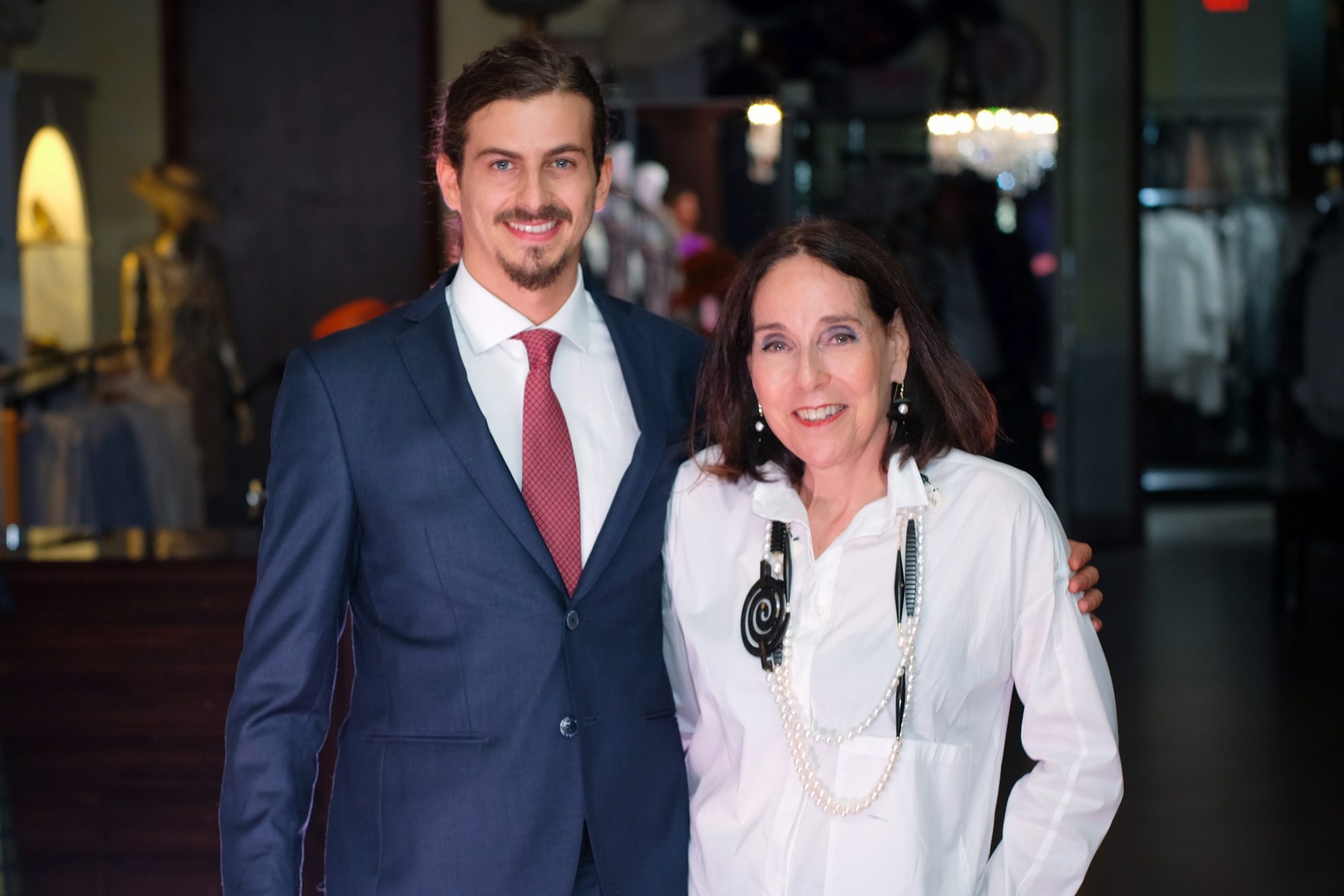 On October 20, 2016, Marilyn’s, located at 375 Fifth Avenue South in Naples, hosted the Annual Press Party, attended by representatives of the press, customers and featured guest, Giulio Boldetti. Giulio Boldetti, designer of Gaia Boldetti, a line of high end designer shirts with a base of operations in Italy, initiated the launch of Marilyn’s new service providing made-to-order customized shirts for men. The base of operations for Gaia Boldetti was founded in 1973, in a location converted from an old workshop for tailoring shirts. From the beginning, the company became a façonista  for several production companies in Northern Italy. Through the years the Gaia Boldetti became known for the design and production of women’s blouses, growing its operations to serve ninety four boutiques throughout Italy. The high quality shirts and blouses are made with Italian textiles produced between Milan and Como which are cut and shaped in the company workshop located in Turin, Italy. For the past four years, Marilyn Hellman has sold Gaia Boldetti blouse designs in her store, developing a loyal following for the brand. After many requests for men’s shirts, Marilyn engaged Giulio Boldetti to provide a special customized service for men. Giulio traveled to Naples for the Press Party to launch the service which will give men the options to choose from many different types of collars, cuffs and a beautiful variety of Italian-made fabrics for the made-to-order shirts. To experience the premium service, men can make an appointment at Marilyn’s by calling 239-206-4460.

The entertainment for the evening, “Lighting Up Fashion”  – a dance and light show production, was directed by Mark and Karen Danni of Karemar Productions. The guests also enjoyed delicious appetizers by premier caterer, Matthews & Gardner Fine Foods. As a special treat, Marilyn flew in three flavors of Halvah from New York City. Halvah is a sweet desert derived from an ancient recipe  and one that Marilyn enjoyed in her youth and is considered a delicacy by many in today’s  world of eclectic cuisine.