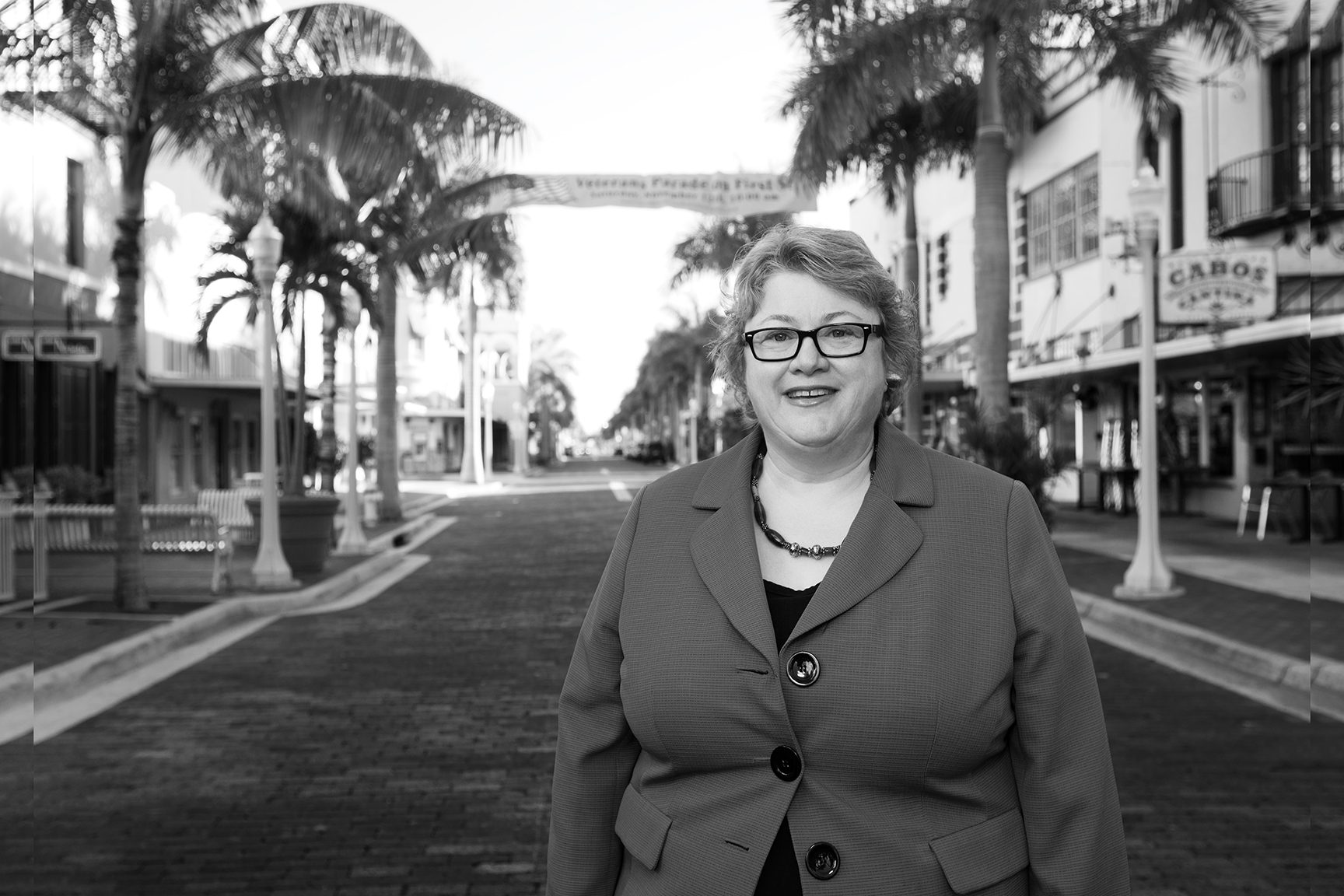 It might seem that being Lee County’s top cheerleader is an easy job. After all, who doesn’t want to spend time in a community with warm winters, miles of sandy beaches, bountiful seafood, pristine wetlands, golf, deep-sea fishing, citrus and palm trees?

But lately, Florida’s positives are also its negatives. Those beaches are lined with dead fish, killed by algae blooms. The wetlands? Teeming with mosquitos that might be an incubator for Zika. The citrus is greening, and Fort Myers has seen unfortunate headlines about a nightclub shooting just days after the mass murder in Orlando.

“We’ve probably used more crisis communication in the past year than in all my time here,” says Tamara Pigott, who has spent 16 years with the Lee County VCB, including nearly seven in the top job.

Gulfshore Life sat down with Pigott to get an understanding of the challenges facing the industry in Southwest Florida and how to go from here.

“In the last year we will have seen growth in the bed tax [the 5 percent tax tourists pay to stay in the county] by about 5 percent. In any business that’s amazing growth. Lots of businesses would be thrilled. And it’s our sixth straight year of growth. In previous years it was 11 percent, 16 percent, 13 percent and 8 percent. We’ve been on a tear since 2010, but it’s outside of the normal growth. Previously growth was about 3 to 3.5 percent a year.”

“We’ve faced challenges before and we are even more resilient than ever. But when you add them all together, it was tough. We were one of the first places that the governor announced as having a case of travel-related Zika. If you’ll remember, in June and July there were terrible algae blooms on the east coast from (Lake Okeechobee) releases leading to some pretty brutal national media. We weren’t having any blooms. So we were out there almost by the hour taking pictures of our beaches to show people what they looked like.”

On how to communicate during adversity

“All year we were talking to people who were really worried about what their vacation would be like. We just kept communicating with them honestly. Giving them the most up-to-date information when we had it. You know, it’s not possible to control the weather or a nightclub shooting. That was a new one for us. But we made a point to just give people the best information so they could make their decisions. And most of them said, ‘You know, everything is just the same as when I was here the last time.’”

On the challenges of an aging population

“An aging population is a problem for the entire nation, not just our destination. The baby boomers are retiring. It’s a big change in the dynamic of the country. When their active income shrinks, they travel less. So now we are looking to Gen Xers and older millennials; we need to think about what they are interested in doing.”

On who comes to Lee County

“The average Lee visitor is pretty much the same person it always has been. She’s a 45- to 55-year-old woman, lives in an urban market, has a college degree and has kids—likely teenagers, or maybe they’ve just left the house. We aren’t a nightlife destination. We are much more family-focused or for people looking to disconnect. There’s nothing more satisfying to a lot of people than taking a step onto the beach, putting your toes in the sand on a barrier island and letting go.”

On being true to yourself

“I think the ‘We’ve got it all’ thinking is not the best approach. We work hard to highlight what is unique and different from other parts of Florida. We really are a natural oasis. We have a slowed-down pace of life. You come here and you are going see dolphins jumping in the Gulf. You are going to see amazing sunsets. You can disconnect from your cellphone, step back from your daily life and enjoy a laid-back beach vacation.”