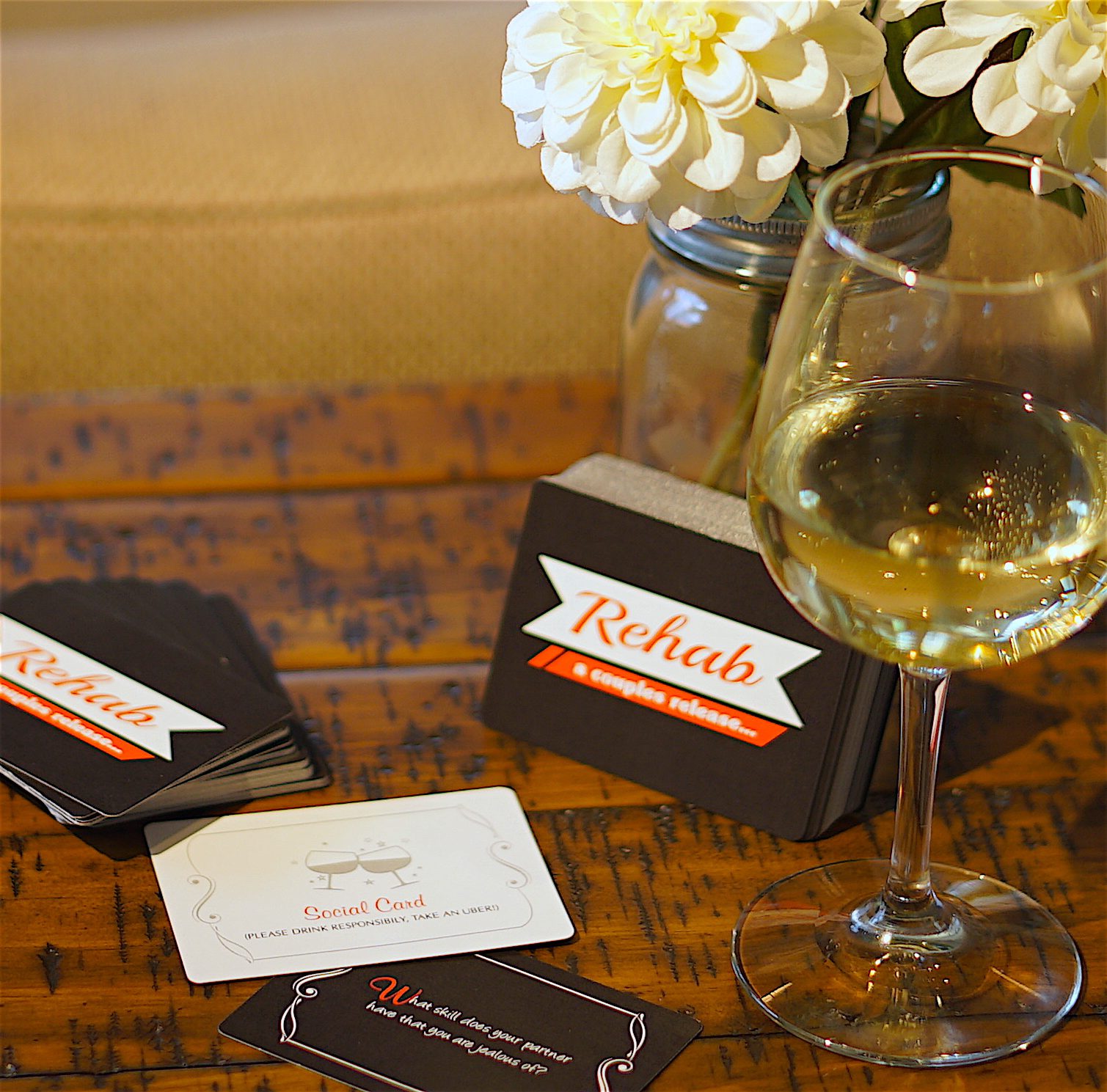 When was the last time you were proud of your partner? What was the funniest moment of your relationship? What’s the one thing your partner does that makes you genuinely happy?

The most important question at all: When was the last time you told your partner any of those answers?

A Naples couple has released Rehab: A Couples Release, a card game that gets to the questions at the heart of any relationship.

“Couples sometimes forget why they fell in love. This is a chance to go back,” says Ashley Chaffee, who came up with the game with her boyfriend, James Schlimmer.

The game isn’t so much a game in that sense of winners or losers, but more in a way that it’s a quiz in which, hopefully, a player comes out a bit more enlightened about his or her partner.

The idea came about after Schlimmer came up with an exercise for a couple he knew who were going through a rough time. He wrote down 52 probing questions about the relationship, and the couple drew a playing card assigned to each one. By the end, the couple remarked it felt like they had just gone through rehab.

Chaffee and Schlimmer, both Florida Gulf Coast University grads with marketing degrees, took the idea and ran with it. Within months, it went from concept to reality, with a manufacturer in Orlando producing the cards.

The questions asked range from serious to lighthearted, so playing the game isn’t really like going through couples counseling. But it can be a way to really ask those questions that couples don’t think to ask. The game shifts the conversation away from “How did your day go?” or “Did you call your parents?” to “Describe your worst date,” or “Where is your favorite place to have a drink?”

“We get so caught up in the day to day. We just don’t sit and pay attention to each other,” Chaffee says.

The game sells on rehabgamingusa.com.