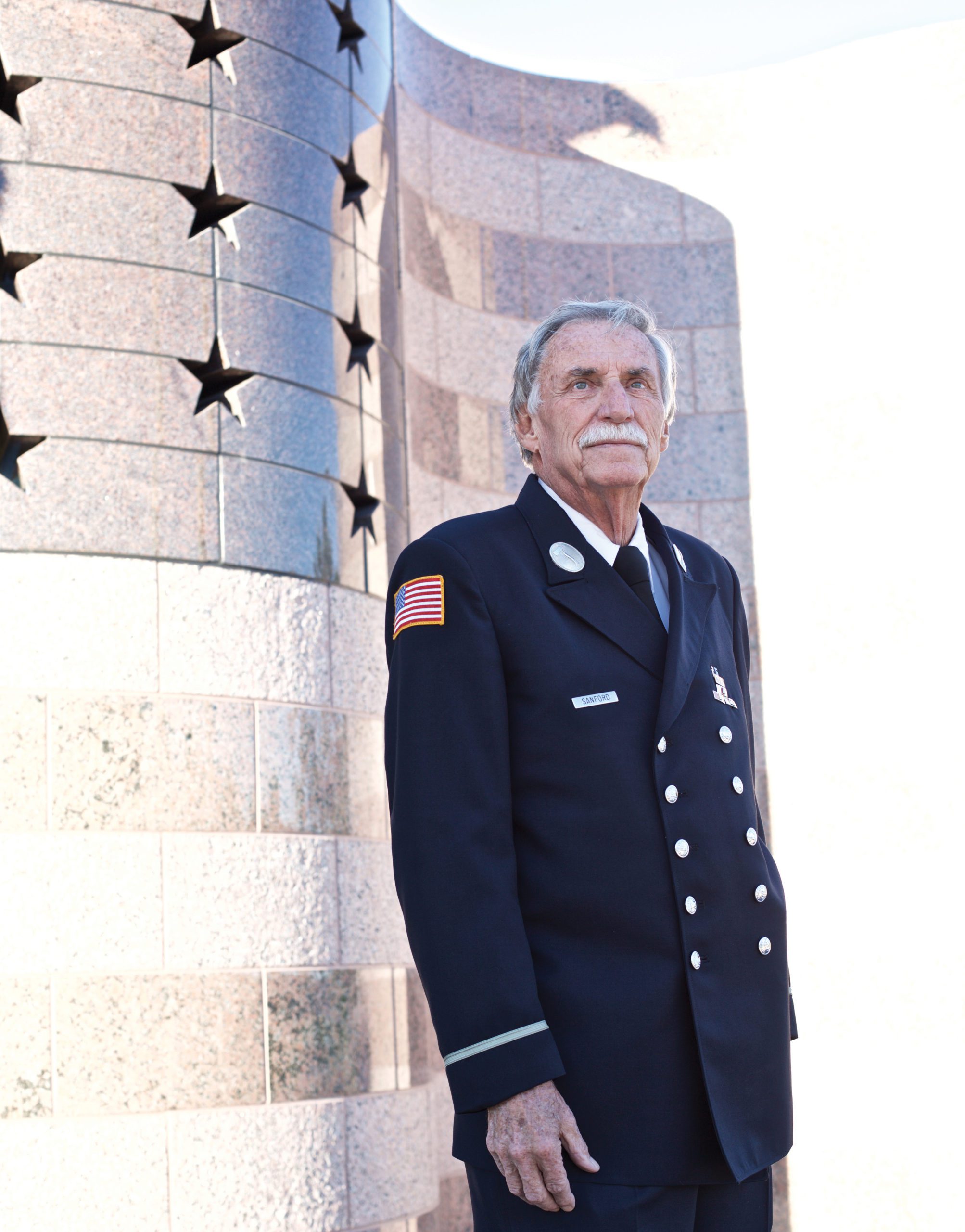 To completely understand Jerry Sanford, who is a Navy veteran, former police officer and firefighter, fundraiser, volunteer and professional father figure, it helps to recall a certain fable by the Brothers Grimm. “There was once a shoemaker, who worked very hard and was very honest: but still he could not earn enough to live upon; and at last all he had in the world was gone, save just leather enough to make one pair of shoes. “Then he cut his leather out, all ready to make the next day, meaning to rise early in the morning to his work. … In the morning after he had said his prayers, he sat himself down to his work; when, to his great wonder, there stood the shoes all ready made, upon the table.” As historically written, the shoemaker and his wife wait up to see who is doing the work and find out it’s “two little naked dwarfs.” This is not to say that Sanford is an unclothed little person who cobbles shoes on the sly. In fact, he’s trim and fairly tall with plenty of white hair and a white mustache that seems to suit his native New York-speak: Listen and you’ll hear him share an “idear.” He’s a no-frills kind of guy. But for years, he has quietly and with no craving for recognition been making things happen for the benefit of others—including veterans, older citizens, fellow retired firefighters and others. And although he’s no fairy tale figure, there are moments in our shared
Subscribe Now and unlock unlimited digital access.
Already a subscriber? Sign In.