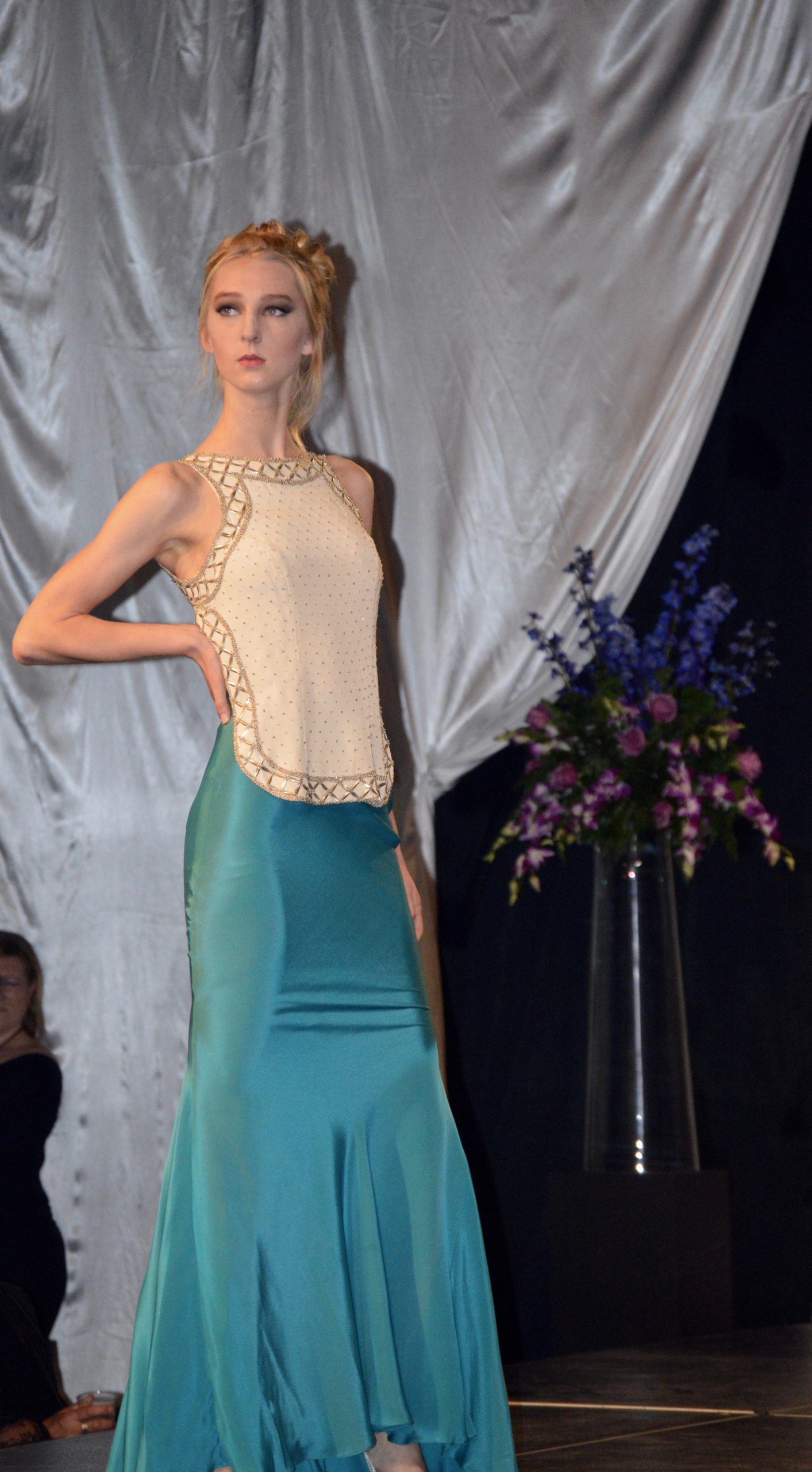 Outside the Sidney & Berne Davis Art Center, T-shirts and flip-flops reign. Inside, however, the attire is haute, high-end and decidedly cosmopolitan.

At least for this weekend.

The annual Art Walks the Runway kicked off with a preview party Thursday night and continues Friday and Saturday with designers from around the globe.

“In the last two years, I started reaching out to big designers,” says Melissa Tschari DeHaven, the SBDAC development director and producer of the fashion show. “It’s really become one of our signature events.”

This year’s affair features the Madrid-born and London-based Gomez-Gracia, who was trained by fashion icon Alexander McQueen; Dubai-based Amato Couture; Diana Couture of Indonesia; and Ahmad Couture by New Delhi-born designer Sha Ali Ahmad. Each of the designers has a long list of celebrities, including Katy Perry, the Kardashians and Beyoncé, wearing their labels.

Art Walks the Runway started six years ago at the suggestion of Punta Gorda-based artist and fashion designer Helen Gerro, who wanted to do a show at the arts center. With track record in hand, DeHaven now combs the internet for potential designers to feature, reaches out to their agents, and hopes they’ll bite after dazzling them with photos from previous years’ shows, the beautifully restored art center, and Southwest Florida’s tropical bliss.

This year, she got “lucky” and connected with an Los Angeles firm that represents Diana and Amato and worked Fort Myers into the designers’ big-city tour schedule.

“I was surprised,” she says. “They’re from LA. This is Fort Myers.”

Thursday’s preview party was an intimate affair that spotlighted Gomez-Gracia along with local singer Sarah Hadeka and local dancer and contortion artist Katarina Danks. The event continues tonight with a feature on local fashion boutiques and concludes tomorrow night with the headlining designers.