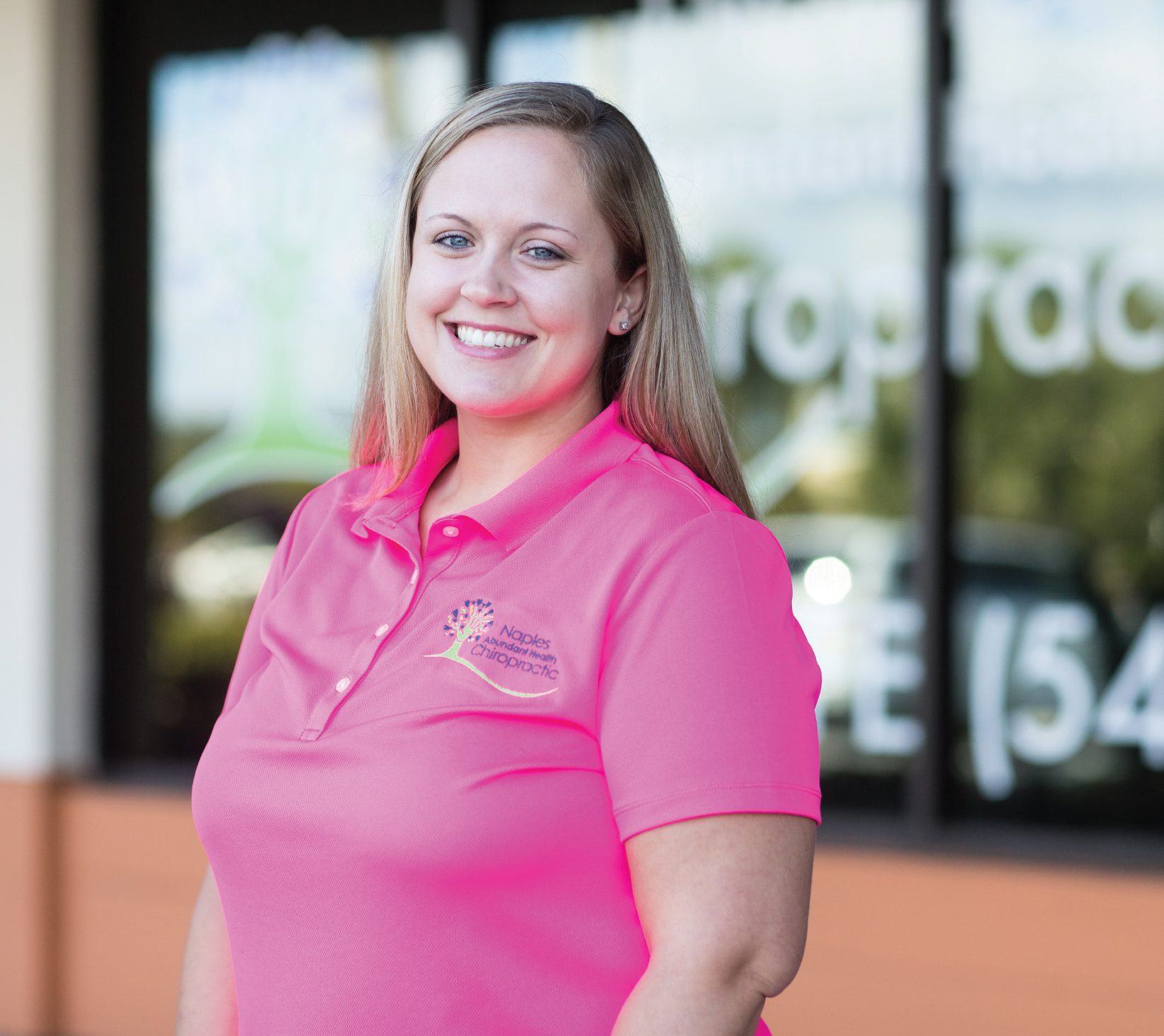 Strip away what you know about the Blue Zones Project. It can be a lot to take in. There’s talk of plant-slants and walking groups and purpose workshops—big ideas about reshaping communities and changing lifestyles. The concept comes from author Dan Buettner, who travelled the world to discover the healthiest communities (or, “Blue Zones”) and came up with the Power 9, nine guiding principles that range from eating more vegetables to becoming more socially connected. When you get down to it, Blue Zones is about one simple thing: living a healthier life.

Buettner teamed with national well-being and wellness provider Healthways to introduce The Blue Zones Project to communities across the country. Since NCH Healthcare System and Healthways introduced the Blue Zones Project locally more than two years ago, dozens of businesses, nonprofits and schools have adapted its principles and thousands of Southwest Floridians have been affected by it. We tracked down a few of them and asked a simple question: How has Blue Zones changed your life?

Katie Kallies had tried dieting before. She’d gone into Weight Watchers, tried shake-based meals and even gotten a prescription for weight-loss pills. Nothing worked. Then she heard about the Blue Zones Project. She realized what she was missing.

That’s the problem with diets. They sound temporary. And, if weight does come off, chances are that’ll be temporary, too. The mindset needs to change before the body does.

Kallies implemented the Blue Zones food guidelines into her daily routine, and she’s seen big changes. She’s lost 70 pounds over a year and a half.

“Weight doesn’t just fall off,” she says. “There’s work to be done.”

When she first heard of Blue Zones, she brought it to her boss—Dr. Jennifer Moses of Naples Abundant Health. The clinic has tried to incorporate whole-body wellness into its practice. Blue Zones tied into that. As the chiropractic clinic started to incorporate its ideas, Kallies took it on firsthand.

It was quite the change. She and her husband own a Culver’s franchise, so the temptations are there constantly. But she had to institute a ban. Burgers and fries are out. Tilapia and veggies are in. Soda is a no-no. A nice glass of water will work just fine. Exercise is important, too. Each night she goes for a 5-mile walk with her husband and dog.

Now, she doesn’t even miss her old eating habits. She recently tried a slice of pizza for the first time in months. She thought it’d be nice reward for sticking to her plan. Turned out, she didn’t even like it. The lifestyle change has worked.

She’s not too hard to track down, either. If anything, she’ll be out on the Gordon River Greenway or at one of the many Blue Zones events that crop up in Naples.

“We believe it—and it shows,” she says.

The Sustersics were like many retirees or snowbirds who end up in Southwest Florida. They get here, and suddenly they’ve got a lot of time on their hands. Nancy still runs a home-based nutrition business that keeps her busy. But they want to be more involved. A friend alerted Nancy to Blue Zones after seeing a newspaper article. She attended a few workshops and started a walking group. They now walk weekly at the Greenway. They also meet up for lunch or a movie. They read the Blue Zone books by Dan Buettner and discuss them later. Nancy and her husband, Joe, have lost weight and feel healthier than ever. But there’s another component to it. It’s something bigger than just pounds dropped or steps walked. It’s about connections.

Too many people isolate themselves in retirement. They stick to the same friends they’ve always known, or, much worse, they stop making friends. The walking groups combat the isolation that can haunt old age.

The Sustersics are meeting new people, making connections and staying healthy all at the same time. So, ask Nancy about Blue Zones. She’ll let you know the emotional and spiritual lift it’s given her. And, who knows, maybe you’ve just made a new friend.

Barbara Saxton gave herself a challenge at the grocery store the other day: Stick to the produce section. Find enough food for the week.

She came home with a trunkful of veggies. Believe it or not, the challenge was met.

This is the Blue Zones plant-slant lifestyle, an attempt to get people to eat more vegetables and less meat. Since becoming involved in Blue Zones, Barbara and Doug Saxton have phased out most meat in their lives (they eat seafood on occasion) and even gone as far to cut out most dairy. This, plus a renewed interest in exercise, will hopefully allow them to “live longer in paradise,” as Barbara likes to say.

About a year ago, they basically went cold-turkey (minus the actual turkey, of course). With vegetarianism, the challenge is replacing the protein. So, they made it easy on themselves and modified their old recipes to fit their new eating habits. Lentils took the place of ground beef in their stuffed peppers, for example. The first few weeks were tough. They felt hungry a lot and sometimes overcompensated with carb-heavy foods. But as their bodies adapted, they got used to eating less but still feeling nourished.

When they talk to others about their newfound love of veggies, they emphasize that it takes dedication—but that it doesn’t have to be an edict. You don’t have to swear off the favorite chicken dish your mother makes.

Around when she started, Barbara saw the doctor. She had high cholesterol. He wanted to put her on statins. But she declined. The doctor was skeptical, but she told him to wait. A year later, her levels are down, and the doctor is asking her questions about how her new diet has changed her life.

After a career in finance, he started working in security at Moorings Park, which was starting to host Blue Zones programs. He got involved in a smoking cessation class.

“I really wanted to be successful,” he says. “I had failed so many times in the past.”

He felt a group mindset was the right fit for him. There was something about starting a process with other like-minded people that could keep him motivated and accountable.

One of his first steps was getting on the nicotine patch to ease the addiction. But it was like nicotine overload for him. He felt sick. Three days later, he was off the patch. And he was off smoking for good. It’s been a year, and he’s lost the desire to smoke. He just feels better. And it’s not worth risking it to take another puff.

Funny thing: Feeling good can almost be like an addiction. Smoking cessation ended up being a gateway drug of sorts—to Weight Watchers.

He’s now taking a closer look at how he eats and, now that a sense of taste is coming back, he’s exploring how to make good-tasting food that’s also healthy. He now attends the weekly Weight Watchers meetings. Quite a new addiction to have.

The Wyss family was pretty healthy. Mom and Dad exercise frequently; they eat right when they can. Then, 3-year-old Caidyn got word of Blue Zones. Now, Mom gets a reminder for each meal.

“To avoid getting called out by my daughter, we’ve started making sure we’ve got the protein, the veggies, everything,” mother Amity Wyss says.

The story starts back at Camp Discovery Child Care Center. Founder Catherine Breen-Thomas had attended a Blue Zones training session and started incorporating its teachings into the school. One of the first things she did was start a 100-square-foot garden in the back, populated with tomatoes, peppers, lettuce and more. The produce becomes a learning instrument. The kids study and then dissect veggies, looking for seeds and discussing the nutritional value. It’s fairly unusual for kids that age to be so hands-on with what they eat. But Breen-Thomas hopes healthy eating is something that will stick with them.

“I fully believe that when you start at a young age, it will last a lifetime,” Breen-Thomas says.

The Wyss family has bought into that idea, too. Their meals now are veggie-heavy. They go out on the school-organized Moai walks—community-walking groups intended to get people active and also establish friendships. Both husband Brian and Amity are runners. They go out with Caidyn and youngest daughter Ellie in the jogging stroller. And now they’re finding ways to get the kids moving and active—making exercise family time.

The Blue Zone-thinking even trickled down to Caidyn’s dolls. For Christmas, she got a playhouse. One of the first things Caidyn did was get the garden going. Her dolls are now “growing” their own plot of herbs and veggies.