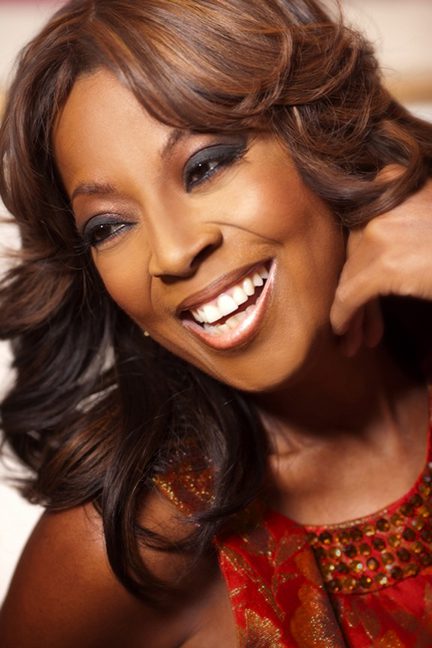 Star Jones may be best known as a television personality, perhaps her nine years on The View. But she is increasingly known for something else: advocacy.

“It really is in our hands to help our own heart health,” she says. “And I feel like I have to be the example as much as possible because I’m the face of heart disease.”

Jones will be sharing her heart health story in Southwest Florida on April 6, as the guest speaker for the local American Heart Association/American Stroke Association’s annual Go Red for Women Luncheon.

“I’ve been really, really happy to come to this particular one,” Jones says. She speaks across the country, but says she is coming to the Southwest Florida event specifically because of one of her “heart sisters,” Donna Sublett. Sublett, whom Jones has volunteered with before, is co-chairing the event with her daughter, Susan Chicone.

So imagine how she felt in 2009, when she began to feel short of breath; to get dizzy when she stood up too quickly; to have heart palpitations “like someone was hitting me in the chest”; to experience fatigue so tremendous she didn’t think she could get out of bed. She listened to her body, and in January of 2010 she visited her cardiologist.

“I remember so distinctly doing in,” Jones says. “I was dressed in these tight jeans, and high heels, and a fur coat. I was feeling on top of the world. I had made plans to go to lunch that day; I was just going to bee-bop in.”

She thought he would just tell her to “slow down.” But after a thorough examination and tests, he detected fluid around her heart. She had had that before, so she wasn’t alarmed. He said they needed to drain it immediately.

“They removed a liter of fluid from around my heart,” Jones says. “That's like an Evian bottle of fluid. That was alarming to him.”

After running two days of extensive tests, he then told her there were myriad things wrong with her cardiovascular system that necessitated open-heart surgery.

Still, Jones didn’t grasp the severity of the situation. She thought surely they’d go in discreetly through the armpit, use the latest teeny technology. When her cardiologist told her that no, they needed to crack open her chest to remove her aortic valve—and that if they didn’t repair it successfully in six to 12 months they’d have to replace it with an animal or mechanical valve, and that if they didn’t replace it within three years she’d be looking at a heart transplant—she fled.

She flew with her girlfriends to the Caribbean on one of their annual trips and effectively buried her head in the sand.

“These were the girls that talked me into going back and dealing with it,” Jones says. (Funny enough, their trip this year is immediately following Jones’ Southwest Florida appearance.) “And typical me, when I started to deal with it, I stared managing it like a general and an army.”

March 17 marked her seventh “heart anniversary,” on which the organ was out of her body for 22 minutes during surgery. She left the hospital six days later—in those same Jimmy Choo boots, she adds.

She says the experience revealed her life’s purpose. Ever since, she’s been one extremely involved volunteer for the AHA. Her first week in recovery, she called the American Heart Association and said, “I didn’t think this could happen to me. You have a new volunteer.” She even volunteered from her recovery bed, during three months of intense cardiac rehabilitation.

Never someone to focus on her health, she now realizes the importance of making better choices in her diet and exercise, as well as incorporating rest. She sees it as the way she stays alive. Eighty percent of heart disease is preventable by lifestyle changes, she says.

“I want women to think of heart disease as something you can get, something you might get, because 1 in 3 women are affected, and will die from it if we don't start to really do something,” Jones says. “I want them to think of ways we as women can put our health as priorities, and I think the best way for me to do that is to be a living, breathing survivor.”

Ahead of her Southwest Florida appearance, Jones says she “did a little research” on our area and found that 25 percent of residents here have high blood pressure, and 5 percent have had a stroke—equaling 30 percent for cardiovascular disease. She believes, like politics, that health is local and should be a community priority.

“Right now, in the next decade— at least for my part in Go Red—it’s no longer just about awareness. It’s about action,” she says. “We now know heart disease is the No. 1 killer of women—now what are we going to do about it?”

To purchase, or for more information, contact Katie Southard, social events specialist, at [email protected], or (239) 495-4911.