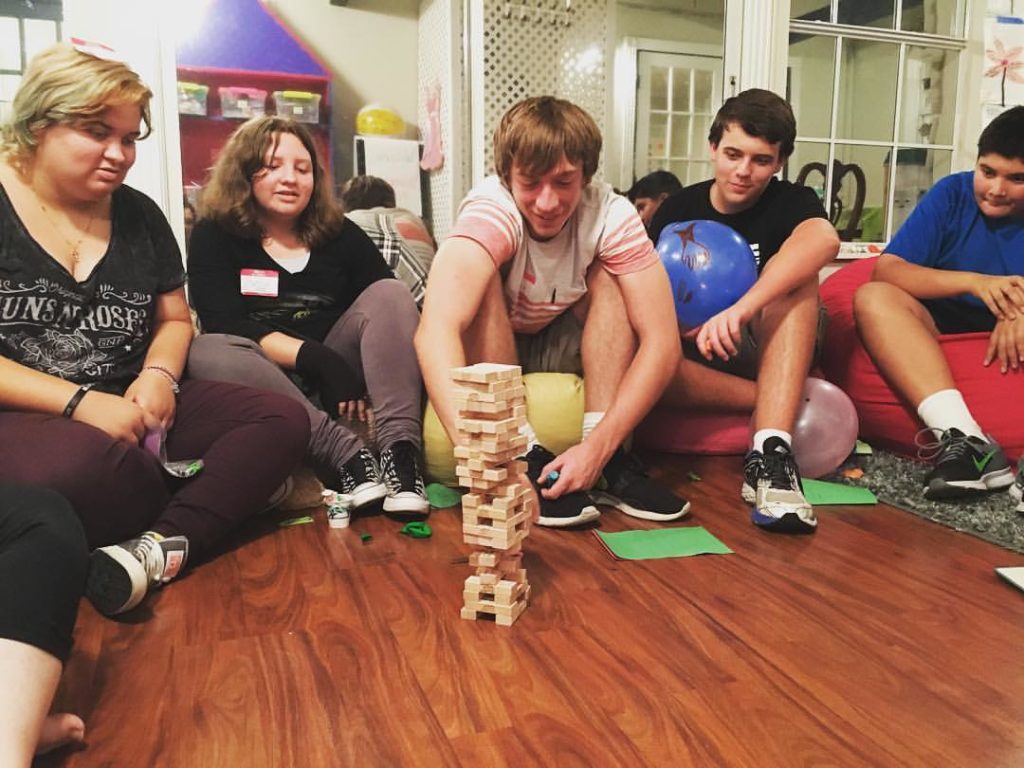 You would not guess that the kids and adults who’d gathered a few nights ago at the little house near downtown Fort Myers had come together in grief.

A trio of elementary kids shot hoops in the backyard; teens giggled at a picnic table; parents clustered in the dining room, enjoying a potluck dinner. But about 45 minutes into their gathering, the party divided itself into small groups, settled into various rooms and began the night’s more serious task.

This was Valerie’s House, and the real purpose of the visit was to help children work through the loss of a parent or loved one and to support surviving parents as they navigate their children’s grief and their own. Professional counselors would lead the groups in age-appropriate activities that encouraged them to confront emotions and deal with peripheral issues surrounding grief, such as feelings of isolation.

The program—the area’s only long-term grief support program for children—opened a little more than a year ago, and already has spread to two more sites, attracted one of the region’s biggest grant-making organizations and led its founder to quit her full-time job in order to dedicate herself to her passion project.

​Gulfshore Life first met founder Angela Melvin (pictured) when Valerie’s House was still a concept (see From the Heart, from our July 2015 issue). Melvin had lost her mother to a car crash when she was 10. As a young adult, she had discovered long-term children’s grief programs in other parts of the country and wished such a program had existed for her and her sister. That longing never went away, and in January 2016, she opened Valerie’s House, named in her mom’s honor.

Exactly one year later, Melvin walked away from her job as executive director of the Uncommon Friends Foundation, a Fort Myers-based nonprofit, in order to become her organization’s full-time executive director. At that same time, she launched support groups in Naples, and a few months later took in her biggest grant yet—$50,000 from the Naples Children & Education Foundation, the organization behind the Naples Winter Wine Festival.

The organization has also: added board members; spread to Cape Coral; and launched a fundraising push for a new house in Fort Myers (the owner of its current Avalon Street home, who offered Melvin use of the first floor, is selling the property). Melvin eventually wants to push north into Charlotte County, as the number of families seeking help from that community grows.

“I am excited and ready for it, and at the same time, recognizing that I’ve got a lot of work ahead of me,” Melvin says. “It’s one thing to launch a nonprofit that has national ties, like a Boys & Girls club, but when you’re launching a brand-new nonprofit from the ground up and it’s all on your shoulders, it’s a lot to bear.”

She quickly adds: “But there’s nothing that’s going to stop me from moving forward.”

It’s a good thing, because this community has come to count on her—and each other.

“It’s like having a second family,” says 16-year-old Caitlyn Dickerson of Cape Coral. She, her younger sister and their mom started coming to Valerie’s House shortly after it opened. Caitlyn lost her dad to lung cancer in January 2016. She called it a “relief” to meet other teens who are coping with loss.

“I’ve learned a lot of good ways to cope and deal and what not to do from the other kids,” Caitlyn adds. One of the best strategies? “Find something you are interested in and make it an obsessive hobby.” She threw herself into her artwork. The distraction helps, she says.

Jessica Mills, 14, lost her mother following a stroke in November 2015. She, her 8-year-old brother and their dad are Valerie’s House regulars.

“It’s just overall a sense of belonging,” Jessica says. Kids at school try to relate (one classmate told her that she “totally understood” what Jessica was going through because her dog had died), but her companions here really know what it means to experience loss.

Everyone’s grief is different, Jessica says. She’s learning how to honor the many ways people process and cope with loss—and to become more confident in supporting others during their times of need.

“I find myself reaching out more to people who have been through a loss rather than holding back,” she says.

To learn more about Valerie’s House and its programs, or to volunteer or donate, click here.