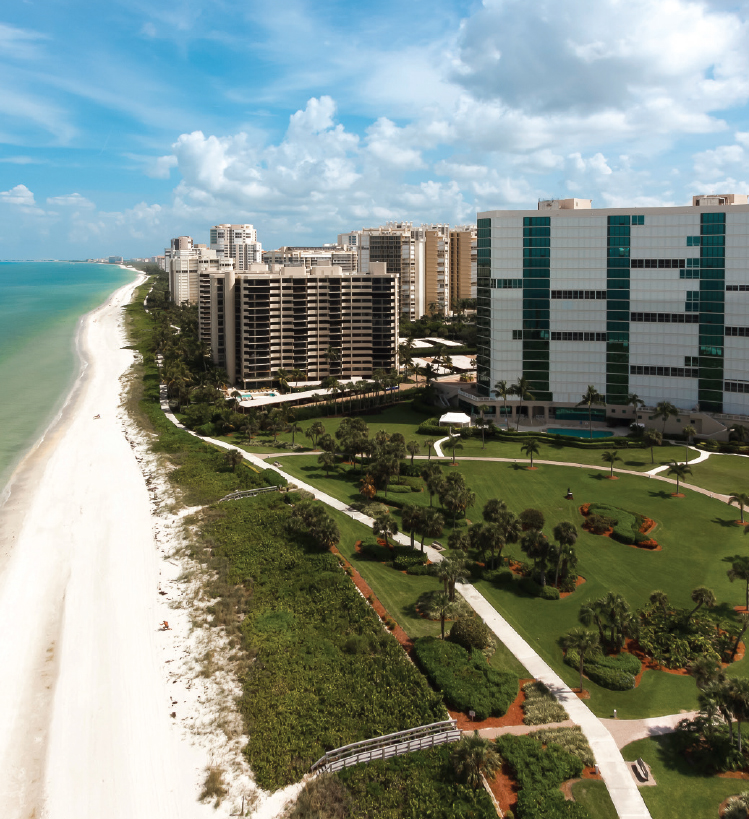 If waking up to Gulf-front sights is the dream, consider Gulfshore Boulevard’s Le Ciel towers to be the reality. Located in Park Shore, both the 20-floor Le Ciel Park Tower and 21-floor Le Ciel Venetian Tower deliver sweeping Gulf of Mexico views from their oversized unit windows. Built in 1994 and 1995 by Lutgert Cos., the sister towers include their own resort-style pools and spas, tennis courts, picnic areas, guest suites and more.

On the market: The Le Ciel Venetian Tower Unit 503 at 3971 Gulfshore Blvd. N. is offered at $2.3 million. The 2,742-square-foot living space is brightened by 9-foot ceilings and oversized windows, and it offers a 225-square-foot terrace that can be accessed from the living room or master bedroom. The three-bedroom, three-bathroom home also includes a den and a sleekly appointed kitchen.

Recent sale: A private, mid-level end unit in Le Ciel Park Tower sold for $3 million late last year before even hitting the market. The sale came as a result of a buyer’s broker agreement with Mara Muller and Amy Kodak, real estate partners on the Gulf Coast International Properties team. The condo features two bedrooms plus a den and three full bathrooms, but the mid-Atlantic-based buyer was most sold by the unobstructed ocean view. “You walk into the living room and the two walls straight forward and to the south are just floor-to-ceiling glass,” Muller says. “You look out and it’s just all blue.”