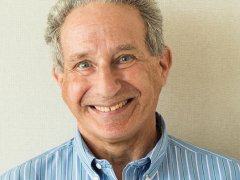 Attention, all singles looking for love. Mimi Lee wants you. This being the summer fun issue, I thought I’d check out a local matchmaker to see how the romance business is doing. And there Mimi was, welcoming me to her Naples office. Warm, engaging, vibrant in her long, chic orange dress, she starts asking me more questions, at first, than I—the interviewer—can ask her. Goes with the territory of being the star presence of My Top Matchmaker.

But I spy photos of beaming couples on her desk and soon turn attention to some of her recent happily-ever-after transactions. Mimi joyfully bubbles over with stories of clients she helped find soul mates—and, along the way, drops insights into how she operates and tips on dos and don’ts for finding a mate.

“For Bill and Joan Bowen, both in their 60s,” she says, “taking a dip in the dating pool was a different experience for each. Bill had been married for 40 years. After his wife passed away in 2008, the thought of dating again hadn’t crossed his mind until many years later.

“‘I was getting bored spending my time sitting across the table from my guy friends,’ he told me. ‘I wanted to be in a relationship again.’ Joan had been divorced for 17 years and had dated often during that time. But she said she just didn’t seem to make the connection she was looking for.”

Enter Mimi. She had already put them through her standard process of drug screening, background checks and proprietary qualification questions, and here is where her intuition takes over. She much prefers that to the compatibility profiles computers grind out in matching people up. “I just had a sixth sense about Bill and Joan,” Mimi says. “And, funnily enough, his file fell on top of hers one day when I was mulling the possibilities.”

Sure enough, the chemistry between Joan and Bill was instant as they met for dinner on a balmy Florida night. “Joan felt that she had finally met Mr. Right as they talked the night away,” Mimi says. “Bill told me, ‘I was a nervous wreck, but Joanie put me at ease. She was perfect.’ One year later, they were married.”

Ironically enough, they had lived 5 miles down the street from each other for years before Mimi brought them together.

Mark Henry, an insurance agency owner, and Betty Russo, a family law attorney, presented more of a challenge to Mimi. He hobbled into her office with a medical boot on his foot from ligament surgery and from word one was, in Mimi’s words, “hilarious. He also jumped from topic to topic and I knew I would have to train him to be a little more focused. And he said he didn’t want to start dating until he lost some weight and got the boot off his foot. This is where you have to tell your clients to do as you tell them. I just had this instinct about them. Mark fought me on this but finally agreed to move forward.”

Betty was a Southern belle, Mimi says, “Cute as a button, who confidently pronounced to me, ‘I have men propose to me at the beachfront a little too frequently, but they just don’t pass muster.’ That may sound snooty, but Betty’s really a doll. She was, though, having second thoughts about even dating at this time.”

Mimi forced the issue with the reluctant suitors and, presto, Betty felt the zing in her heart she said she was looking for, and the limping Mark forgot about his foot and weight issues in his joyous outings with Betty. Within 16 months, Mark presented Betty with a lavish engagement ring and she said “Yes.”

Mimi started in this business 20 years ago, when she began working for Patti Stanger, who went on to star in The Millionaire Matchmaker TV show. Fifteen years later, Mimi signed on with My Top Matchmaker, and it’s no surprise that Florida-born Mimi eventually brought her business to this area. In addition to her office here, she maintains a presence in Sarasota (and Scottsdale-Tucson, as well). Mimi says she’s got 1,100 clients or so, and her scouts are everywhere you can find fancy cars, yachts and golf courses.

Do you have a favorite spot here where romance is in the air for couples? I ask. “You can’t go wrong with sunset at The Turtle Club and a walk on the beach afterward,” she says.

And what advice do you have for the guys with love in their hearts? Says Mimi, “Stop it with the one-liners, wisecracking and innuendos. Show an interest in simply finding out about your lady, be in your skin, don’t exaggerate about your success. Smile. Laugh when something’s truly funny, and ask your date to tell you something she’s proud of or a little about what it was like growing up. To men and women alike, I’d say don’t be late, don’t talk about your exes, and don’t talk too much about yourself.”

As I was finishing my interview with Mimi, she looked across her desk and said to me confidentially, “You just lowered your voice. That’s good; it makes people want to move closer to you.” So there it is—one more piece in the puzzle of bringing people together. As someone who’s engineered hundreds of successful matches over the years, Mimi knows what she’s talking about. Volume down, hopes up. Go for it … ever so quietly.