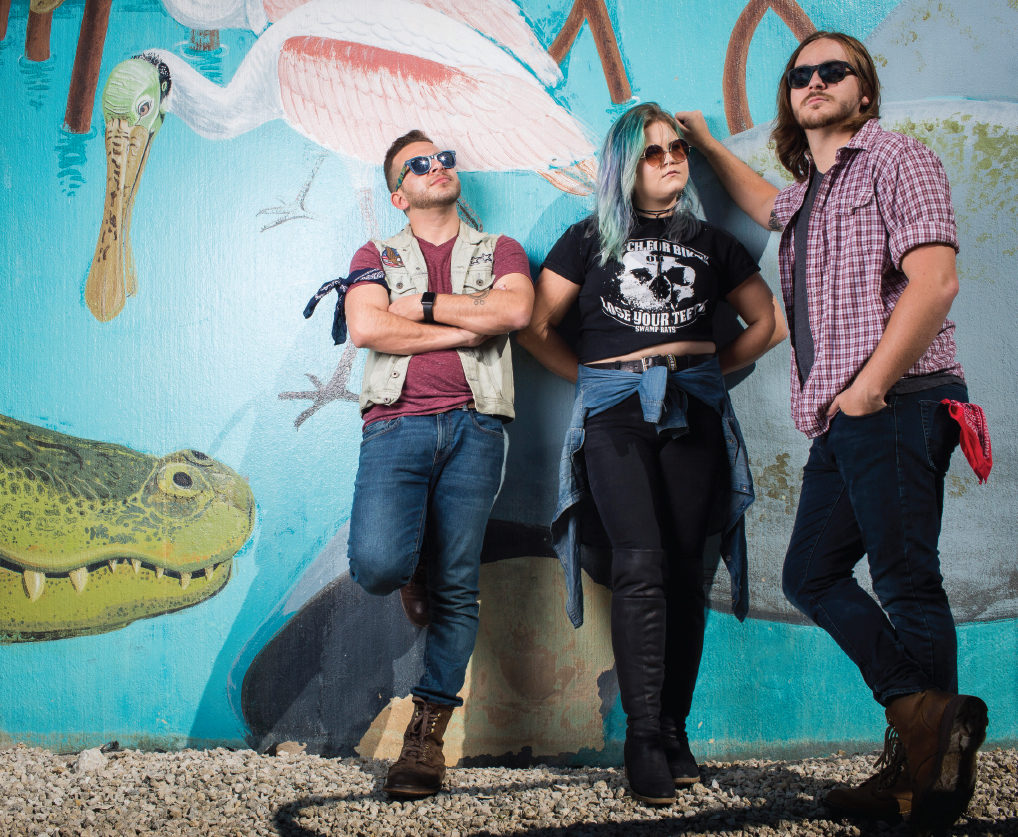 The Southwest Florida music scene is having a stellar moment. It’s partly due to the rise of better venues—the recently opened breweries in Naples and Fort Myers are proving to be go-to spots for quality live music—but it has a lot to do with the bands themselves. Look around at festivals, bars and concert venues, and you’ll see the same groups of young, ambitious musicians onstage. Here’s a closer look at the three hottest groups in town right now.

For a Season might be the hardest-working band in Southwest Florida. The group’s four members—Derrick Gregory on guitar, Brian Keating on vocals, Patrick Wilke on guitar and Joshua Noon on bass—all have day jobs, but they still dedicate every Wednesday to reaching out to new venues.

“To book one show, you have to call a hundred clubs, churches and colleges,” Gregory says. “That’s why the turnover rate with bands is high. It’s one thing to play good music, but if you want to be successful it’s a lot of work.”

This group has certainly put in the work. Their first album, I Will Wait, debuted in 2015, and they’re gearing up to record their second now. They’ve produced a series of music videos, and their tour schedule reads like a map of the East Coast with gigs that will put them as far north as Massachusetts.

For a Season’s sound has a soulful Americana vibe with eloquent lyrics. The members say they each bring diverse tastes to their songwriting with interests that range from Jackson 5 to early rock and roll and gospel.

“There’s something about the groove of gospel music that captivates people,” Keating says. “There’s a passion you feel. When you listen to gospel music, you believe what they’re singing about.”

The members of For a Season met six years ago in Fort Myers as part of a college-age church band, and many of their songs today revolve around their faith. Still, they say they’re not writing exclusively Christian music.

“A lot of people who listen to our music aren’t Christian,” Gregory says. “We try to write about encouragement—whether that’s our faith or day-to-day things we’re going through.”

Spend some time with The Good Bad Kids and you’ll see that they are exactly that—bright, genuine, kind, but with an unmistakable edge.

“We try to have a good moral compass,” says Matt McWaters, who plays guitar and sings, “but we have some bad habits.”

Nicky Ray, on lead vocals and drums, adds: “Our parents raised us right, you know?”

The trio, which also includes Joe Garita on upright bass, met at a local open mic night five years ago. Ray had a background in church singing, McWaters had played in a series of unsuccessful garage bands, and Garita had played in groups in Costa Rica and Florida.

“We were all floating and looking for something to do, and it just kind of clicked,” McWaters says.

The group’s music is influenced by an eclectic mix of sounds, including punk, bluegrass and old-time rock and roll.

Both Ray and McWaters—who are engaged—are originally from Naples, and they say growing up in this area has had an impact on their music.

“We’ve got a little bit of that swamp soul,” Ray says.

“The swamp and the sea,” McWaters agrees.

The group says those influences may not always be there in the lyrics but show up in the sound.

“I don’t think you can escape being influenced by your surroundings,” McWaters says.

The band’s first album, Howdy, debuted last year, and they’re currently in the writing process for their second album with plans to begin recording soon. The Good Bad Kids say their style has gotten grittier since the first album, more stomp-y and hard-hitting, and the electric guitar has a stronger musical presence.

The Freecoasters may be the only band in Southwest Florida with a beer named after them. Point Ybel Brewing makes a Key lime pale ale in their honor and serves it at every Reggae Sunday, where the rocksteady/soul/reggae band plays its unique blend of sound.

Claire Liparulo, the band’s lead vocalist, says she was nervous when the group first approached her about singing for a reggae band.

“I wasn’t sure if it was for me. I’d heard other reggae bands where people not from Jamaica were talking in Jamaican accents. I didn’t really have an interest in being something I’m not on stage.”

Scott Martin, The Freecoasters’ drummer, told her, “We don’t want you to do that either.”

They wanted something with a sound closer to Otis Redding, influenced by American soul, with hints of early reggae and rocksteady. The band looked to acts like Toots & the Maytals, Aretha Franklin, Ken Boothe and Marcia Griffiths for inspiration, but their sound would be all their own.

“People don’t quite know what to do with us,” Liparulo says. “What people expect is something that’s popular now—roots reggae, Bob Marley music, Soja, Rebelution. Even the covers we play, we rewrite them to our style.”

The Freecoasters’ first album (Show Up, released last year) was produced by Jesse Wagner of the Aggrolites, an LA-based reggae band. In addition to the usual digital outlets, the album is also available on vinyl.

“The sound that comes out of vinyl is so much richer,” Liparulo says. “A lot of music today sounds thin—too perfect. It doesn’t matter if it’s a human being singing it or a machine. With analogue, you keep some of the imperfections and the humanity stays in it.”