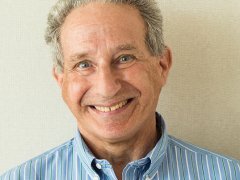 You join CEO Jackie Stephens for a tour through the Children’s Advocacy Center in Naples and you can’t help but be charmed by the cheery paintings all about, the toy box and a closet full of brand-new clothes for kids. But keep looking and you see more—for example, the ominous room with screens where law enforcement people can watch protectively over child victims in crisis from some heartbreaking incidents.

And so it is with Jackie, too, cheerful, walking and talking briskly as she moves, yet so painfully mindful of the stream of some 1,900 or so sorrowful cases that her center takes on every year. For CAC is Collier County’s only immediate refuge for children subjected to physical or sexual abuse. I asked her to describe some of the cases in the name of understanding the realities her team confronts in trying to make things better in pretty difficult circumstances.

“Well,” Jackie says, “we had a 12-year-old girl here who was sexually abused by her stepfather. She was interviewed by a counselor here and given a medical exam. And the worst part? The girl kept saying, ‘My mom chose him over me and knew him for only four years.’” The case came through the Florida Hotline—with the Department of Children and Families and law enforcement people part of the mix. The stepfather was arrested, convicted and sent to jail. The child went to foster care. With counseling of both mom and daughter, she was eventually reunited with her mother.

Jackie tells of a 5-year-old boy with cerebral palsy from Golden Gate City. His mother ignored him and didn’t feed him and he was within days of dying. CAC got him to a hospital, where doctors had to figure out the effects of the neglect as separate from his disease symptoms. They got him back to a much better place medically, and he progressed enough to be moved to a foster home. “Now,” Jackie says, “he’s much, much better, has a beautiful smile and is adorable.”

Then there is the young couple with drug issues who had their two kids sent off to live with relatives. After successful rehab, they got intensive in-home coaching from CAC, especially on coping with the children’s issues. In the end, with the kids back home, they told the instructor that the classes were the “most helpful” thing they did to get their lives back together.

And Jackie reports with some feeling about a high school girl who was so seriously injured in a sexual assault case that she had to be sent to a hospital out of the area for special treatment. She was home-schooled her entire senior year and graduated with a 4.9 GPA. “We gave her therapy for psychological trauma and advocated for her in the legal matters and court trial. She’s now in college, has won art awards and did art for our auctions that got pretty good prices. She volunteers for us, too.”

As if it weren’t enough, as we’ve seen, for CAC to provide all these varied services, well—there are the obstacles. Like the county withholding grant money for 10 months while doing an audit. Or getting only half of some grants or only for certain services. Says Jackie: “It’s like baking a cake without eggs and vanilla and expecting it still to meet full expectations.”

Looking ahead, Jackie talks about expansion right next door to her office. The space would add 1,000 square feet to the 5,000 CAC already has. “Among other services for kids,” Jackie says, “it would allow more counseling for parents, especially preventive measures.” The plans for funding are afoot.

Jackie’s been at this for CAC for 25 years and prepared well for it with her B.S. in psychology from the Florida Institute of Technology, her M.S. in counseling from Rollins College and her many years as lead quality assurance consultant for the Florida Department of Health Child Protection Team Program.

Her escapes from the intensity of it all? She’s an avid fiction reader—and is it surprising that she says she likes happy endings? She loves travel and doing artsy things like quilting and making jewelry. But back to business. She started out as a case manager and occasionally gets hands-on with them now. “Need the plumbing fixed? A new light bulb? I’m there for it,” she says. “That’s the nonprofit game.” And Jackie Stephens is quite the player with quite the track record to show for it.