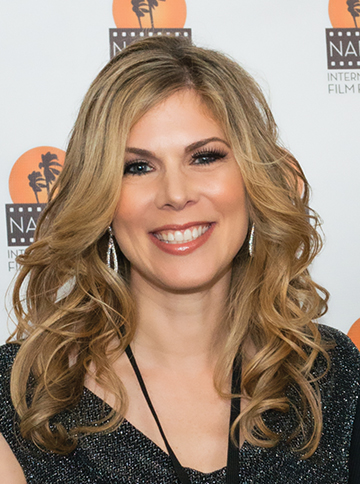 The Naples International Film Festival has a new home in Artis—Naples but will be bringing back a familiar face: Shannon Franklin.

Franklin helped build the festival into what it is today. She was with the festival when it started in 2009 and served as its artistic and executive director for five years. Last year, she took a break to focus on her production company, Ten21 Productions. When the festival merged with Artis—Naples earlier this year, she was asked to return to oversee the film selection process.

“I’m so proud to see the festival grow to what it is today,” she says. “This is a dream.”

Since coming onboard again, she’s spent long days screening movies and working her industry connections to come up with this year’s lineup. Meanwhile, she’s continuing to build Ten21 Productions with her husband, Zach. The company has several projects in the works, including a coming-of-age sports drama the couple has written that could be shot in Naples.

It’s a lot of work on her part, she says, but worth it to help take the festival to another level. “Fortunately, I don’t require a lot of sleep,” she says with a laugh.