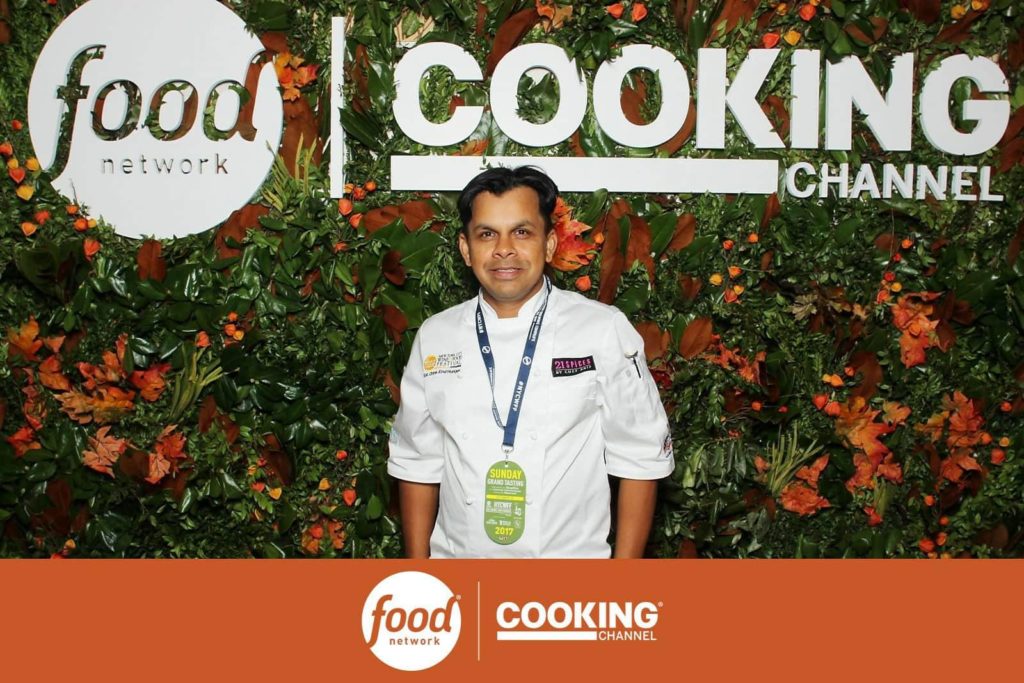 He’s made his mark on Naples with the acclaimed 21 Spices by Chef Asif.

Now, he’s conquering the United States, thanks to a relationship he’s built with the Food Network.

Chef Asif Syed, who started 21 Spices, his modern Indian restaurant, two years ago and has been working on overdrive since then, first made an appearance on Guy’s Grocery Games right around when he launched the scintillating spot (it literally glimmers from the tastefully placed mirrors and lanterns). Then, a year later, he appeared on Cutthroat Kitchen with Alton Brown—and followed that with an appearance at the network’s South Beach Wine & Food Festival (SOBEWFF) last February.

Now, he’s back from a trip to the Big Apple.

That’s right, Syed and his 21 Spices team were invited to cook for the prestigious New York City Wine & Food Festival’s Grand Tasting Event, which ran Oct. 12-15. It was a big honor for a regional chef, as Syed was rubbing elbows with food personalities like Geoffrey Zakarian and the network’s other stars. (Scroll down for pictures from the event.)

As if gearing up for season and preparing to take another turn at the next SOBEWFF (Feb, 21-25, 2018) weren't enough, Syed is also getting ready to host his first-ever charity fundraiser at 21 Spices on Dec. 12. A collaboration among the restaurant, B3 Marketing and the Mahaan Aasha foundation, it will raise money for the nonprofit’s mission of aiding orphaned and impoverished children on the Subcontinent, as well as Hurricane Maria relief in Puerto Rico. It will do so through a silent auction, buffet dinner, drinks, Bollywood dancing, raffles and even a henna artist (for more information and tickets, click here).