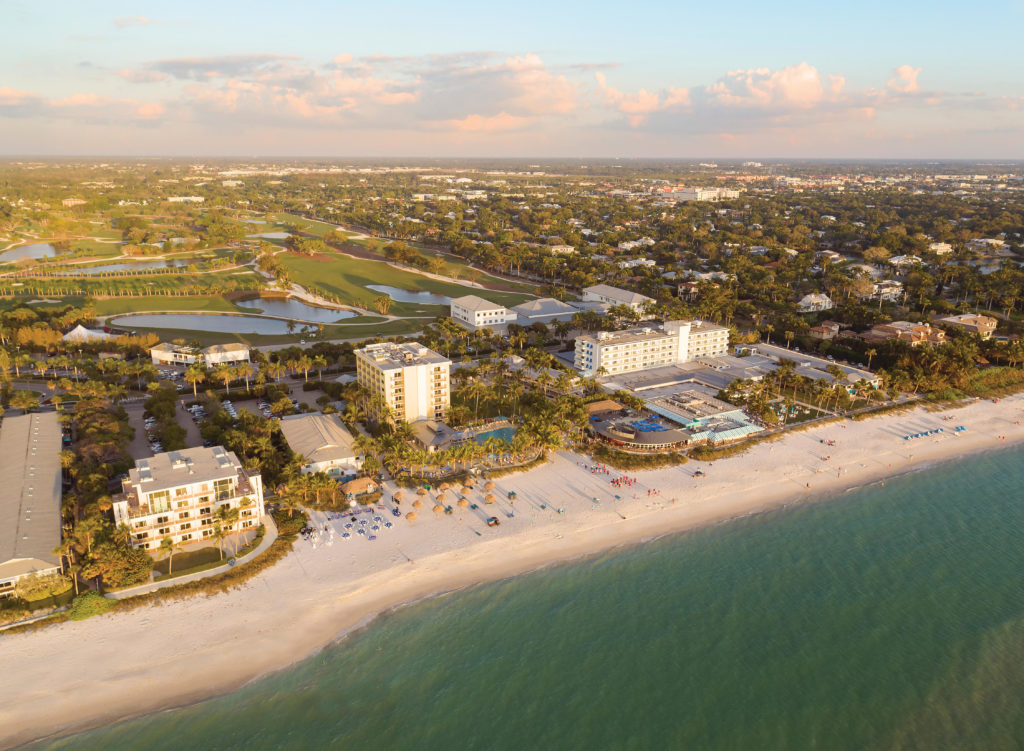 Rumors have been buzzing about the future of The Naples Beach Hotel & Golf Club ever since news broke more than a year ago that the Watkins family was considering selling the beachside landmark. Back in April, owner Michael Watkins told us it was "our hope to always have a hotel on this property." It appears that may come true.

The move signals a beginning of an end of sorts in Naples. The hotel has been in the hands of the Watkins family since the 1940s, when Henry Watkins Sr. moved from Ohio to purchase the property along with what was then about 90 percent of the land in Naples. The family has owned and operated the hotel since then, expanding it and hosting traditions like the free SummerJazz concert series on its lawn overlooking the beach. Michael Watkins is Henry Sr.'s grandson.

As noted in the press release announcing the partnership, Michael Watkins conveyed the importance the family felt in plotting a future where the resort remains a destination for tourists and locals alike—as opposed to selling it to develop high-rises or condos, as the rumor mill had circulated.

“We have had the opportunity to meet with many of the top real estate developers in the country and to hear their varied visions for the future of The Naples Beach Hotel & Golf Club,” he said in the release. “We ultimately decided on The Athens Group based on their first-class hotel portfolio and their genuine commitment to continuing our family’s legacy at The Naples Beach Hotel & Golf Club. The future of the resort is very important to our family, as we intend to remain contributing members of the Naples community.”

Not surprising is the pronouncement that the family intends to stay well-connected to Naples. Their involvement in helping grow Naples can be felt everywhere from Cambier Park to NCH Healthcare System to The Naples Players. (Michael Watkins in 2010 was given our Lifetime Achievement Award.) Read more about the family's influence in Naples in our 2015 profile "Quiet Power."