Homeowner Marlene Weiss has many wonderful qualities. Mincing words is not one of them. She and her husband, architect Albert J. Socol, who own Summa Development Group (which built the Fifth Third Bank building on Vanderbilt Beach Road), bought this 1-acre property overlooking a beautiful lake in Quail Creek Country Club with the initial thought of tearing down the existing 2,700-square-foot mid-century modern home onsite.

“We bought it for land value and everyone said, ‘Tear it down,’” Marlene says. “But Albert was certain it was worth saving.” Built in 1986, the structure incorporated many of the iconic features that were once so trendy: sunken living room, step-down bathtub, patio pit out back. “We filled them all in with concrete,” Marlene says.

But before the couple could get too far into the project, they decided to build the $57 million CitiTower, a 24-story, 233-unit luxury rental and commercial space in downtown Orlando. Two years later, with that project well in-hand, Marlene had a dream. “It said, ‘Go back to Naples,’” she says. “The traffic in Orlando was impossible. Plus, my brother and other friends and family are in Fort Lauderdale, and it’s too much to get there from Orlando. … I told Albert, ‘We’re going back.’”

They got permits to expand the home in Quail Creek by another 3,800 square feet for a total of 5,880 square feet under air. The new additions feature high-pitched roofs with aluminum standing seams, reminiscent of the homes by award-winning architect Hugh Newell Jacobsen in Vero Beach.

Now the new beauty features four bedrooms and four and a half bathrooms, an expansive kitchen, an enlarged patio and pool area, a home office, a workout room and an expanded garage. But inside is where the home truly shines, thanks to Marlene’s talent as an interior designer (she also has an architectural degree). The Miami Beach native has a penchant for modern design, high-gloss surfaces and a purposeful use of color.

She used gray granite for the flooring and walls in much of the original structure and bamboo flooring elsewhere. The centrally located kitchen, which Marlene wanted to be neutral, is a stunning balance of gray and white cabinets, all of which have been finished in a high-gloss automotive paint. Surfaces are white quartz. The gray high-gloss paint continues in the master bath, accessed by a blood-red barn door.

The cavernous master suite is a study of perfection, with a sitting area replete with fireplace and lake and golf course views and outfitted in Le Corbusier and Eames. If they added a mini fridge and a hotplate, the rest of the home would be superfluous.

But there is more to the home, and it’s outfitted with furniture from Knoll, Cassina and Herman Miller. The artwork is from Le Corbusier, Max Papart, Coignard, Agam, Vasarelly Salinas, Israel Guevara, Jerry Ulseman and other photography on canvas from the Alfond Hotel Collection at Rollins College.

It’s safe to say that Marlene thinks the home is now anything but a dump. And we’d be in full agreement. 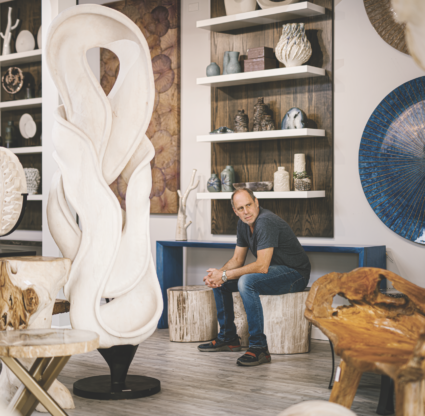 At the recently opened downtown shop, nature takes shape in the form of one-of-a-kind furniture and functional art. 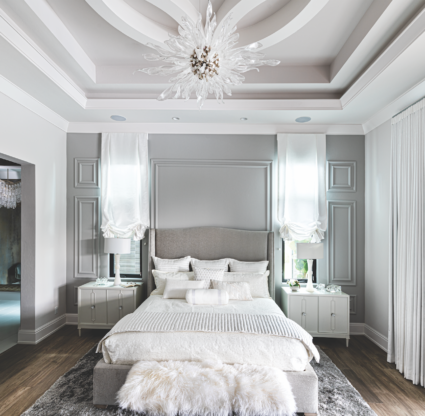 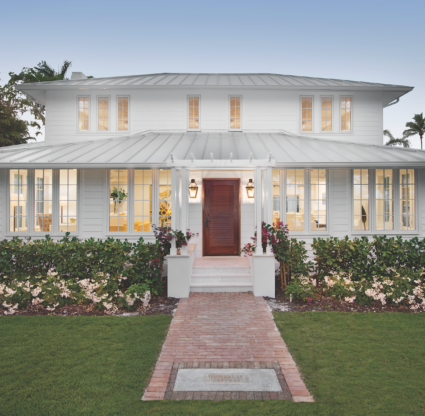 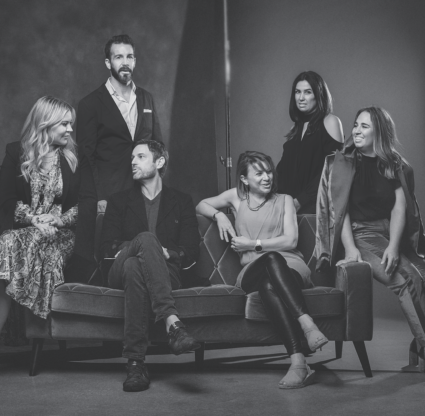 Meet the next generation of Southwest Florida design talent.
Menu
About