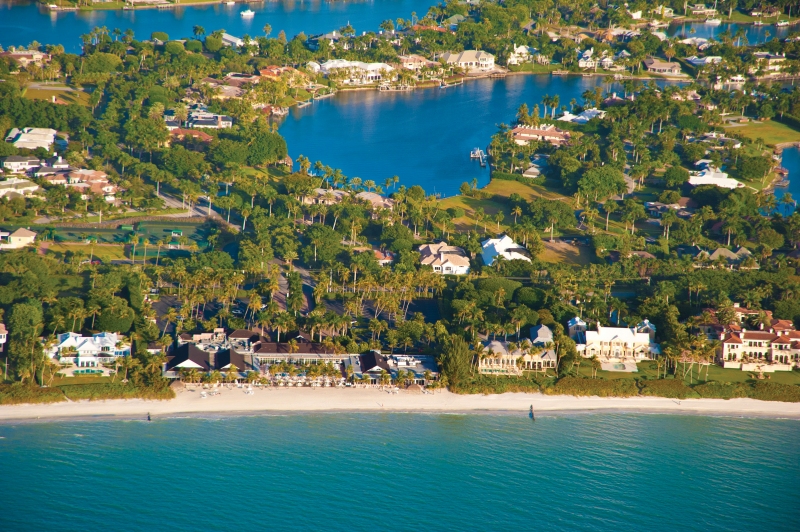 Naples, with its waterfront homes and palatial estates off Gordon Drive, is home to some of the wealthiest people in the country. Just how wealthy? Well, Bloomberg tallied the numbers.

The 34102 zip code—which includes Port Royal, Royal Harbor, Aqualane Shores, Coquina Sands and Old Naples (see map below)—is the 15th-richest in the country, with an average income of close to $700,000. It also ranked as the third-richest in Florida, behind Palm Beach (33480) and Miami Beach's Fisher Island (33109). The 216-acre island has an average income of $2.5 million, making it the richest zip code in the country.

So what's life like here? If you live in Port Royal, your neighbors are going to have familiar names, such as Gov. Rick Scott and Paychex founder Thomas Golisano (the namesake of the new Golisano Children's Hospital of Southwest Florida). Or, you may not know their names (because privacy is tantamount) but you'll know the corporations they once headed—Bank of America, Arthrex, CarMax, Westinghouse. And, as long as you have deeded property in the neighborhood, you can spend your days at the exclusive Port Royal Club, where you can dine or relax by the pool while enjoying the sunset over the Gulf. Chances are you'll also have a home like this, which was built with a "Bali resort feel." As far as cost is concerned, you'll be looking at property with a price tag of $4 million and up. (Two Gulf-front homes along Gordon Drive recently went for around $60 million each.)

Here at Gulfshore Life, we've chronicled life in this zip code for decades. Read our story about life in Port Royal that ran as part of our Where We Live issue, and then check out some of the tales of the rich and famous in our piece titled Gordon Drive Intrigue.