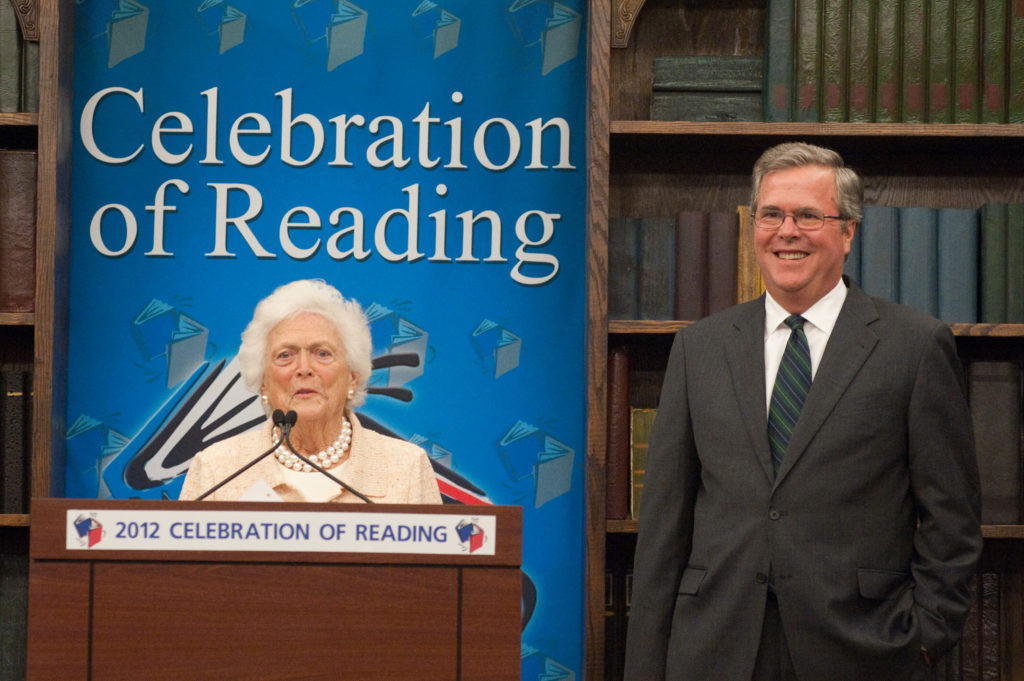 Barbara Bush, the former First Lady who became a champion of reading and literacy, died Tuesday at age 92 in Houston. The matriarch of the family that included two presidents and a Florida governor had strong ties to the Gulfshore. Boca Grande was a frequent vacation destination, and Barbara would often play a round on the Gasparilla Inn golf course. Perhaps her biggest impact in Southwest Florida was the annual Celebration of Reading. Since 2001, the event has brought best-selling authors to the area to help raise money (more than $26 million so far) for the Barbara Bush Foundation for Family Literacy.

Honoring the memory of Barbara Bush…one of the first to invest in our Bright Beginnings program and to empower us and our families. She was an amazing wife, mother, and woman who has been an inspiration to so many.

Saddened to hear of the passing of First Lady Barbara Bush. She was a strong and graceful woman who improved the lives of so many Americans. My prayers are with the Bush family in this difficult time.

@BarbaraBushFdn my condolences and prayers to the Bush family on the passing of Mrs. Barbara Bush, truly a bright light in what can be a dark world #RIPBarbaraBush pic.twitter.com/rpTwk9ANT7

On the loss of #BarbaraBush, she will be treasured in our hearts forever. She rose above political party lines. In the wonderful love that she gave that is still with us, we thank God for her graceful presence. She is always a part of us. Our condolences to the Bush family. pic.twitter.com/GL3YgMmhnQ

Our hearts are heavy to hear about the passing of First Lady Barbara Bush. She was an incredible First Lady, wife, mother, grandmother, and role model for all Americans. Sending our love, thoughts, and prayers to the Bush family during this time.

We give homage to Barbara Bush as former First Lady and in her efforts to support Children Literary. Rest In Peace. pic.twitter.com/EJthPh0NMJ

Our thoughts and prayers are with the Bush family as they honor the remarkable life of former first lady Barbara Bush. On behalf of all of us at Home Base, we offer our deepest condolences to the Bush family. Rest in Peace. pic.twitter.com/xpVmWcTKSm