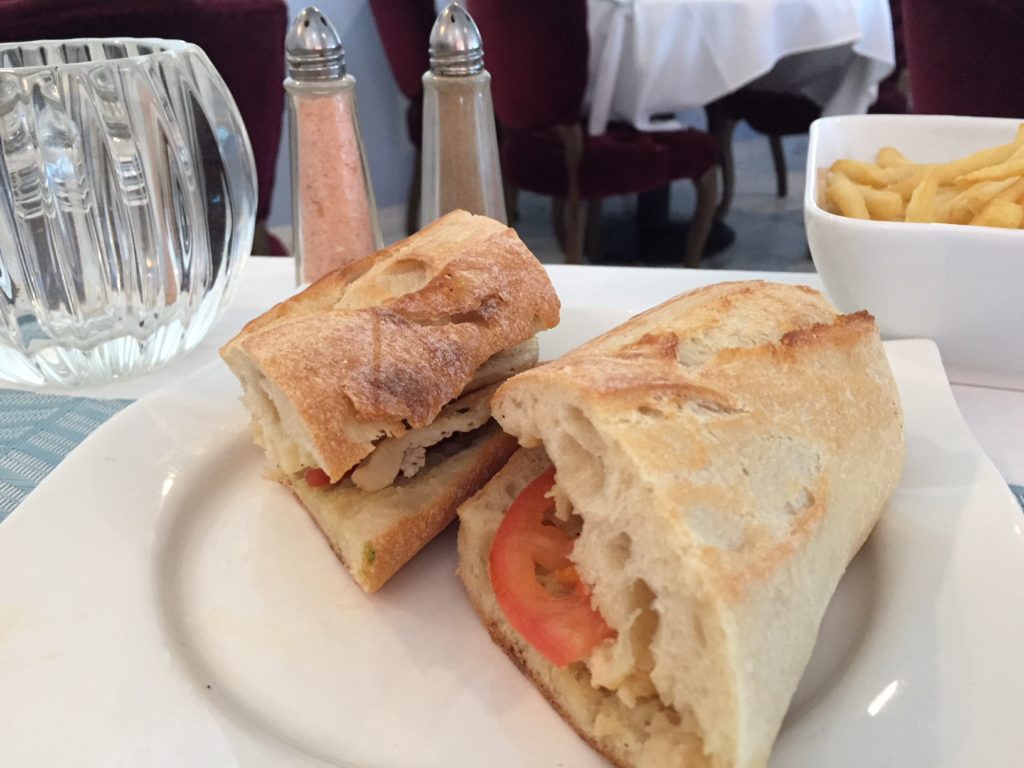 The bread is the same, the crepes are the same—the menu and the way the food is prepared is pretty much exactly how you remembered it.

Bistro La Baguette, which opened earlier this year on the East Trail, is Le Lafayette by another name.

After Hurricane Irma was the impetus behind the owners’ renaming and relocating their restaurant that had held court on 13th Avenue South since 2001, the biggest difference for regulars is getting used to the new location that’s just before Bayshore Drive, as you scoot away from downtown Naples. (That, and the adjacent grab-n-go market we had become accustomed to in recent years is now a thing of the past.)

A humble dining room and front indoor-outdoor porch don’t quite have the polish of the older space, but the owners have done their best through remodeling to capture the charm that had been a trademark for nearly two decades—goodbye baby grand piano, hello artfully arranged wine racks (both space-saving and chic).

While some early reports had mentioned optimism that the restaurant was only temporarily here, from speaking with the staff on a recent visit, the move is of a more permanent nature. It’s known in town that they’re hoping to reclaim the former building in the Third Street South area despite it being badly damaged by Hurricane Irma in September—but unless the Baguette/Lafayette team can negotiate a deal with the current owners, the East Trail is where you’ll have to go in the foreseeable future if you are in for a fix of their famed frogs legs, escargots and buffet brunches. (The spreads are now on major holidays rather than every Sunday—but every week the a la carte lunch selections are still on offer.)