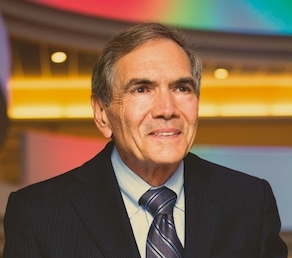 If there's someone in town who deserves a restful retirement it's Kathy Bridge-Liles, who stepped down as chief administrative officer of the Golisano Children's Hospital of Southwest Florida after steering the hospital toward its new home, a task that involved (among other things) overseeing 506 design meetings.

Jim Nathan (pictured) left Lee Memorial Health System (now Lee Health) once, for three years, before jumping back into the executive seat. But this time his departure is for real; Nathan retired last spring after leading the organization for 33 years and growing it into the health care giant that it is today.

The ever passionate Theresa Shaw stepped down in February as CEO of the Boys & Girls Club of Collier County. Having increased the number of students, opened a youth sports complex and expanded the organization’s reach with two new sites in Immokalee, she is leaving as a role model not just for the youth in the community but the adults as well.

Scott Fischer had become synonymous with “Harley Davidson” in Southwest Florida, but the president of Scott Fischer Enterprises and supporter of area causes announced in January he was selling his Naples and Fort Myers dealerships. His company will, however, continue to own and operate Top Rocker Field. We wish him a wild ride ahead.

After 16 years pouring passion into the Edison & Ford Winter Estates—her many achievements notably including shepherding the property’s restoration from great decay—Chris Pendleton resigned as CEO in November. She’s set up the institution for great success, and she plans to stick around to see it continue to grow.

Marking the end of an era of Seminole builders, 83-year-old O.B. Osceola retired in February from commercial chickee hut construction. His last build was the new one at the Cove Inn; decades ago, he helped build its original structure, which was flattened by the inn’s roof-turned-projectile during Hurricane Irma.