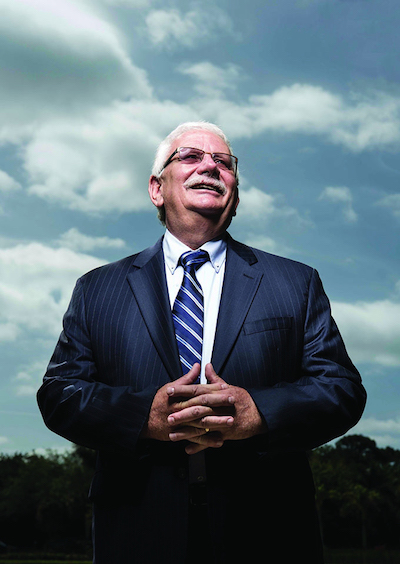 “What (Dwight Brock) cares about is following the letter of the law and the Constitution. He really does not care if the (newspaper) likes him or the commissioners like him. Things might be easier for him if he cared more. But he doesn’t. What he does care about is making sure taxpayers’ money is spent right.”

Former Collier fiscal officer Harold Hall gave us that quote for our 2014 profile of Collier County Clerk of Court Dwight Brock. And it pretty much sums up Brock's 26-year career as clerk—no fear of controversy, a "with me or against me attitude" and a laser-like focus on doing what he thought was right.

Brock died on Tuesday after a battle with lung disease. He was a polarizing figure in Collier County, but his story from before coming to Southwest Florida is just as interesting. Read more in Betty Parker's piece Brock's Way—Or Else.