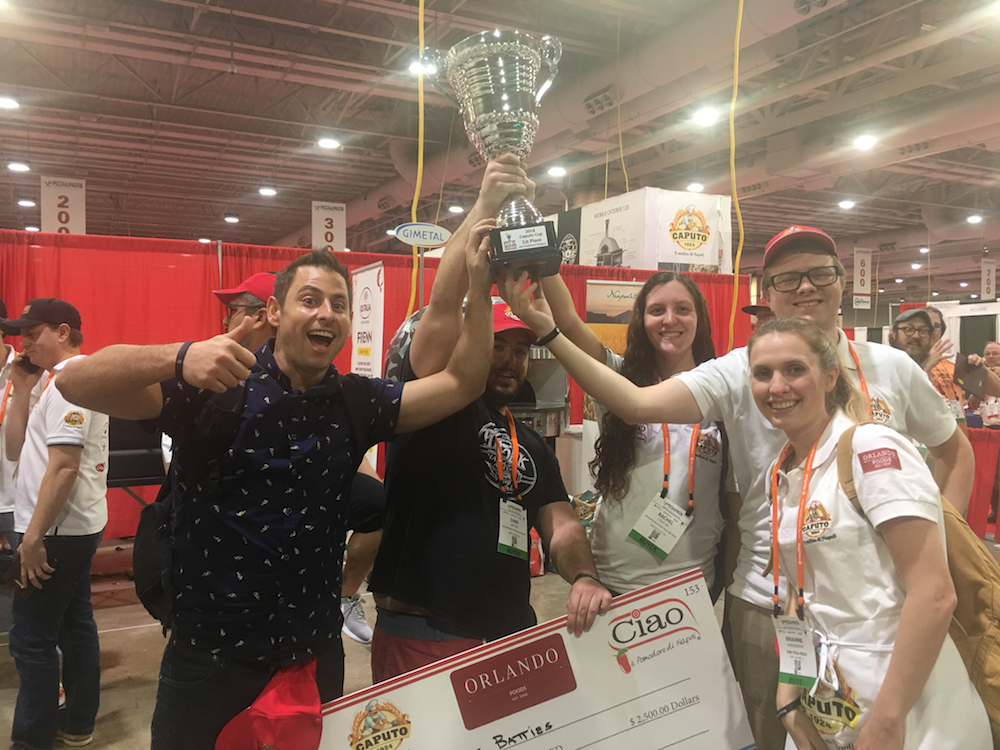 In the pizza world, taking home the Caputo Cup is akin to hoisting the Vince Lombardy Trophy. Or at least that’s how Fine Folk Pizza co-owner Mike DeNunzio described the feeling when he and his team from the Fort Myers pizzeria were able to hoist a trophy high in the sky when they won the non-traditional category at the 2018 USA Pizzaiuolo Championship on Oct. 4.

Created by the eatery’s general manager, Chris Batties, the crust had a slightly blue hue from the use of butterfly pea tea instead of water, and underneath the edible marigolds and pansies were surprises to discover, such as a little forest of wine-glazed mushrooms, petite fried capers, a melted blend of aged cheddar and mozzarella, and a light touch of Alfredo sauce.

The pie is not on the regular menu, but DeNunzio says it will be a special on Wednesday, Oct. 24, and will continue to guest-star at the pizzeria going forward (check their Facebook page and Instagram feed for future dates). While there, be sure to sample some of their other winsome recipes that are both by-the-book (like the popular Uncle Vinny topped with red onions and green peppers) and a bit more off-the-wall (like a marinara-less bruschetta pie with a swirl of balsamic and fresh herbs and veggies). They also sell pizza by the slice. And don’t forget that DeNunzio, Batties and co-owner Brie Chrisenberry have a policy that little pizzaiolos can ask to learn the basics of dough tossing on the house when dining in. Who knows, folks—you might find you have a pint-size champion-in-the-making on your hands.