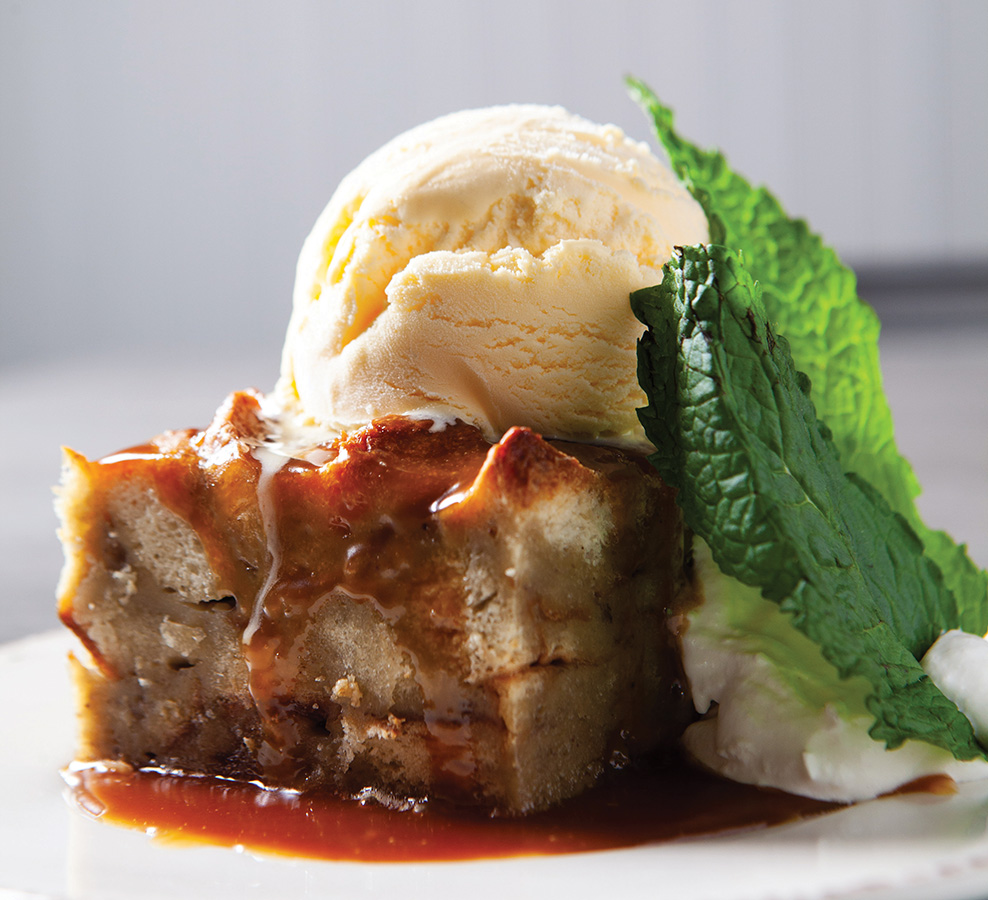 Though the Jac on Sanibel was named with a nod to its predecessor, longtime island favorite The Jacaranda, a meal here makes it clear that this new eatery plans to look forward to the future and not back.

Our first indication? The craft cocktails list. Though The Jac offers three dozen or so wines by the glass and the bottle, plus a healthy beer selection, the craft cocktails let diners know that this a restaurant that intends to be on-point. Nevertheless, my companion and I passed over the trendy mules and old fashioneds in favor of margaritas ($12 each). It’s still island dining, after all.

When it came to ordering the meal, our waiter gave us some wise advice. The restaurant’s chef is from Austin, he told us, and he keeps a smoker out back.

“The pork belly is excellent,” he counseled.

Per his suggestion, we started with an order of the smoked pork belly served with an apricot gastrique ($12), as well as the snapper ceviche ($13). The pork belly was, as promised, outstanding. Smoky and tender, it earned an enthusiastic thumbs up from my dining companion, who’s a proud Texan.

“It’s like what you’d get in a real barbecue joint,” he said.

The ceviche ($13), too, was notable, with bite-size chunks of snapper, diced mangoes and red peppers. It felt like a fresh take on a classic dish that appears on many local menus.

For our main courses, we again listened to our waiter. I had the seared mahi-mahi ($29) served on a bed of shaved Brussels sprouts, leeks, garlic, fennel, oyster mushrooms and shallots in a white wine and lemon broth with house-made potato gnocchi. The dish was remarkable, bright and citrusy, with a firm but moist filet topped with slivers of orange. The gnocchi provided the right richness to ground the fish and the shaved vegetables.

My companion ordered the short ribs ($30), also made in that famous smoker, and when the waiter set the plate on the table with the meat still attached to the bone, he laughed at our shocked faces.

But the Neanderthal look only added to its appeal. Topped with a whisky sauce and served with mashed potatoes and carrots, the short ribs were, according to my companion, some of the best he’d ever eaten.

“Watch this,” he said, cutting into the tender meat. “This is a butter knife, and I’m not even putting pressure on it. Look, I can do it with a fork.”

He was, it goes without saying, delighted.

With the main part of the meal behind us, we settled in for a last, sweet bite with an order of bread pudding ($8), a caramel-drenched slice of homemade dessert that felt in line with the rest of the restaurant’s on-point offerings.

If there’s one tiny drawback to The Jac, it’s that the setting doesn’t quite do the food justice. Though our meal was both original and upscale—and its owners obviously spent a lot of time and money bringing the dining room into the 21st century—the industrial farmhouse décor felt a touch impersonal. The interior is mostly hard surfaces and bright lighting; it would benefit from some softness like tablecloths or a dimmer on those overhead lights.

But that aside, if The Jac is a sign of things to come on the island as the dining scene slowly shifts from the old guard to the new, we can all look forward to many good eats in the future.