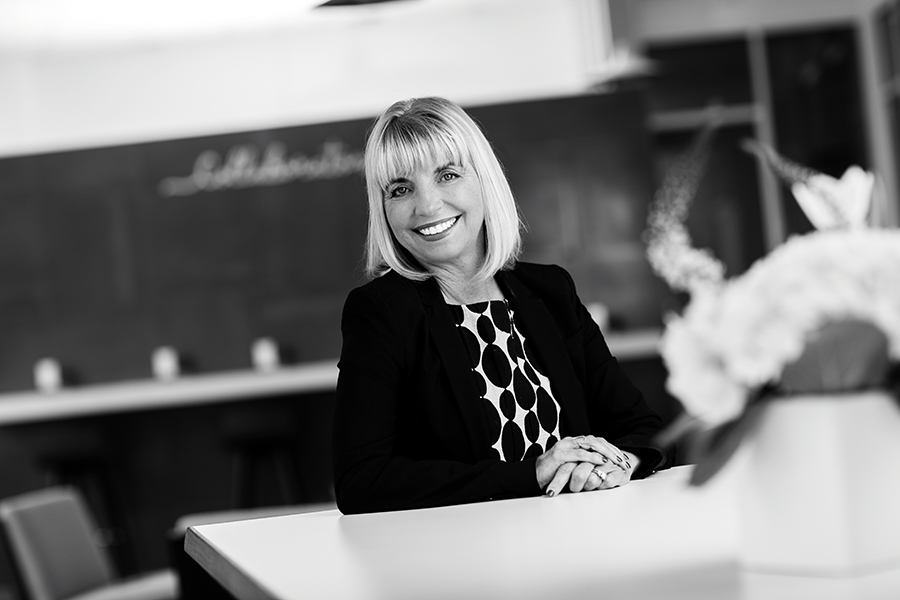 What is the Collaboratory? There’s a literal answer to that. The Collaboratory is the new headquarters of the Southwest Florida Community Foundation and, eventually, other local nonprofits and businesses. It’s located in the refurbished Atlantic Coast Line railway station in midtown Fort Myers. Beyond that, the answer to that question is largely up to you. We sat with foundation President and CEO Sarah Owen in the newly opened space to discuss why some questions don’t need an immediate answer.

Describe the Collaboratory in a nutshell.

“This might seem counterintuitive. But we don’t want to clearly define what’s going on here. The Collaboratory is a space, not a place. What could we build that would inspire people? There’s a concept that innovation has to come from the outside. Communities are looking out and saying, ‘Oh how do we get Silicone Valley here?’ In reality, the best innovation is homegrown. What you grow at home has the best success.

“We wanted a space that brought people together. We believe there is power and energy when people come together.”

Where did the idea come from?

“The Community Foundation had outgrown its previous space. We began looking around. As we got to talking, we decided that our move could mean more. We’ve been dedicated to sustainability—social, economic, environmental. So we thought, ‘What if we didn’t impact the footprint; what if we renovated a space?’ What if we went into a neighborhood that was emerging? Right about that same time, this 1920s rail depot was being vacated. We thought, ‘There’s a community treasure we don’t want to sit empty. How can we take an existing jewel, not let anything happen to it, and create good?’”

The building has a strong sense of place. In the men’s room, the counter is wood from a tree that used to exist here. What are some other examples that connect it to this area?

“There’s history here, not just in the building, but in the community. One thing that was important was to not lose the story of segregation. (The depot) was segregated until it closed in 1971. That’s part of the community’s story, and we don’t want that to be forgotten. We left all four doors. The two sets of doors—one for blacks and one for whites only. There are some painful stories that we don’t want to forget, but to learn from and move forward.”

“We’re captivated by the idea of when not-for-profit and social organizations partner with socially conscious for-profit businesses. In the past, there’s been a barrier up. When a nonprofit approaches a for-profit, they think, ‘We want something from you.’ And it’s probably a sponsorship for a golf hole or a table at a gala. Which is important. But it could be so much more. Exploring corporate social responsibility together.”

So you’re the facilitators of something larger?

“We just want to create the space. We went into the community and asked what needs can the building serve. We heard from people, ‘Hey, I have nowhere to hold my board meeting, or I’m a startup and work out of my kitchen and never see anyone else.’ We really tried to listen to people, and that’s how we made our decisions. One of the initial decisions we made is to hold it loosely.

“The foundation has been encouraging (collaboration) over the last number of years. Anyone who gets a grant from us during a certain cycle forms a tribe, and they get together for some learning opportunities and sharing. The biggest thing we see out of that is when someone like the librarian from Hendry County talks to the leader of an organization who has developmentally disabled people doing worm farming. And the librarian says, ‘I have people all the time who come to my library on their way to go fishing. Why not sell your worms here?’ Those two people would have never met each other before. The foundation had nothing to do with that partnership other than creating that space.”