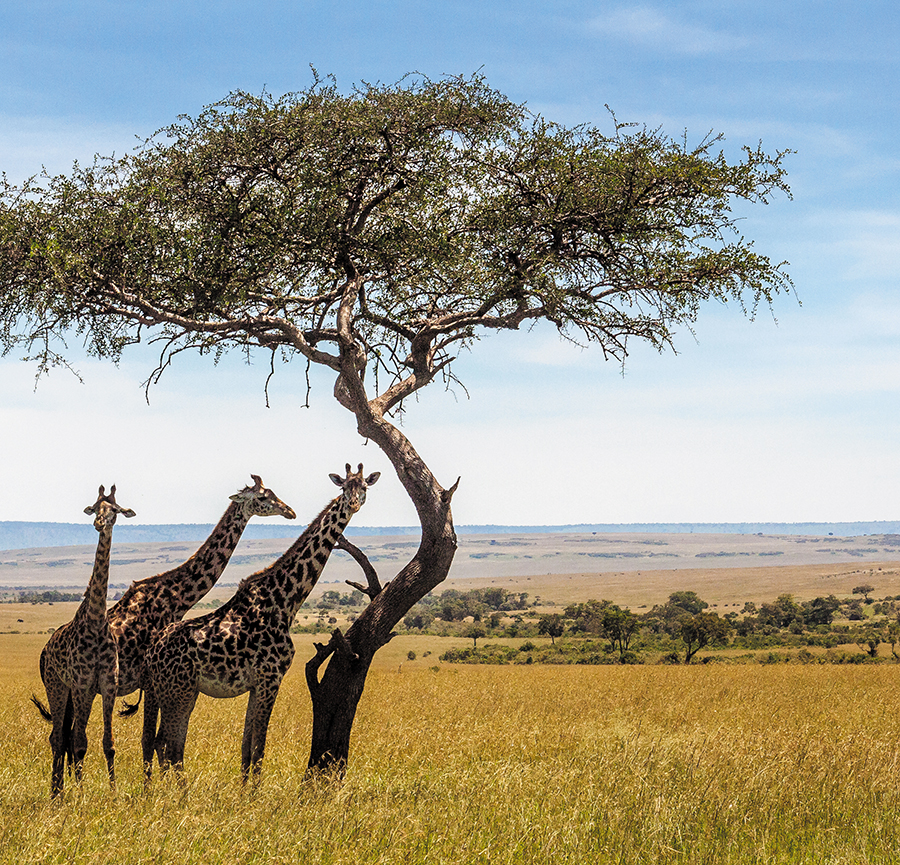 Children certainly are big winners of the Naples Winter Wine Festival. They will be again Jan. 25-27, when the annual event for tastemakers across the globe tops its former fundraising height of more than $176 million since 2011, to benefit at-risk and underprivileged children.

But wait! What of those folks who attend, offering serious sums for sumptuous food, jewels, cars, trips and, yes, wine? They are winners, indeed.

When the paddles are put away, the tent is down and The Ritz-Carlton Golf Resort, Naples once again is more about tees than tannins, those winners head off to places plenty of us will never see. But post-auction, the inspiring details they reveal about their experiences serve to share a bit of those winnings. Hearing about the seemingly coordinated migration of hundreds of animals on the African plains may restore our faith that not all creatures are a step from extinction. Both a new love and a friendship of a half-century are joys to contemplate, as is the way a little dog’s determination to run free connects the famous with the not-so-famous who live continents apart.

A New View of the World

Darlene Daggett enjoyed a high-profile career as president of U.S. commerce for QVC and president of Rue La La before she became a consultant for digital strategies and art collector and moved to Naples. Divorced, she hadn’t had any luck dating, but she figured she’d enjoy the sunshine and lifestyle of Southwest Florida. “I had come to Naples and I knew no one,” she says.

She attended the Naples Winter Wine Festival for the first time in 2017.

The auction lot “Around the World and Napa Days” intrigued her. It consisted of two nights and three days as guests of Jones Family Vineyards and then a 24-day journey around the world on a private B757 jet to nine iconic sites in the world.

“When I raised my paddle, I didn’t have anyone to go with. Well, except the line of girlfriends was out the door and around the block…” Daggett says, laughing. But she had hoped for an experience as half of a couple. So after the auction, she arranged to defer the trip a year.

Two weeks later, she met Don DeMichele, retired from the Naples Art Association. The two were married after nine months and left for that trip around the world six days later. “You couldn’t have planned it that way. The greater forces of the universe smiled on us,” Darlene DeMichele says.

DeMichele may have been most impressed with Petra, but it’s her tale of the Serengeti that sparks hope in the listener.

“You fly into Arusha, Tanzania, then take a bush plane and land on a dirt runway,” she says. “Then you take a game truck into the Serengeti. On the game drive alone we saw 23 different species of animals. They were in the middle of their southern migration, so we saw hundreds of zebras, wildebeests, buffalo and giraffes, and they’re moving in these big masses of animals. There were lions, cheetahs, leopards.”

In an era when we hear of so many environmental losses, a report of hundreds of large animals instinctively moving as they have for countless centuries is a gift in itself. Not to mention hearing that love can come around again.

In another part of the world, the curious appearance of just one little black dog several times while two couples dined on the lawn of a country manor in the Cotswolds led to an interesting human introduction.

“Here’s this dog wandering around our table, and we’re all petting him,” explains Susie McCurry, who with her husband, David, and Carmen and Jim Campbell won a stay in a 16th century manor house in the Cotswolds, in addition to a jaunt to Ladies’ Day at the Gold Cup at Royal Ascot, plus private tours to see the Crown Jewels and the Tower of London.

While they were enjoying al fresco meals prepared by the manor chef, gazing at the rolling hills west of London, a neighboring woman in her gardening clothes came for a chat and to retrieve her dog. And that’s how they met actress Kate Winslet’s mother-in-law, whom the strangely named Ned Rocknroll, a nephew of Richard Branson, calls Mum.

But the centerpiece of the trip was the pageantry around the racecourse at Ascot.

“It felt like we were living in a fairytale,” McCurry says.

“Dressing up for Ascot is a once-in-a-lifetime experience,” Jim Campbell says. “Dave and I rented our morning coats, and it was chaos, a fire drill, in this very small little men’s store. There must have been 20 of us in there. It was just a riot. The first hat they gave me went over my ears and the first pair of pants I couldn’t zip up.”

Indeed, even the spectators in the Queen Anne Enclosure at Ascot find they’re too big for their breeches sometimes.

“When we arrived, we had a beautiful dining area that was private,” McCurry says, “and we were able to go out on the balcony and have a view of the procession when the queen came by in her carriage.”

She wore chartreuse, Carmen Campbell says of the queen. “She does a whole trip around the track with the carriage and horses. She was just so regal.”

This was not the Campbells’ first trip around the celebrity track. In fact, in 2012, they won a wine festival auction lot to attend an Oscar party and a stay at the Four Seasons in Beverly Hills. Several times, their elevator-mates were actresses Glenn Close and Meryl Streep. Without makeup, they look just like we do, the Campbells say.

That’s nice to know, too.

Stars and Jewels that Shine

Getting close to celebrities is often part of a wine festival auction lot.

Part of the same Bulgari-themed package was a trip to Rome to see not only the ancient sites that have inspired the jeweler since 1884 but also the places meaningful to them as Catholics.

They enjoyed a private tour of the Sistine Chapel and the necropolis below the Vatican, where the grave of St. Peter can be seen. The latter was not something they ever expected to see. And it also was not the only unexpected experience during their time in Rome. Having dinner on a rooftop restaurant as the sun set on the Colosseum was a surprise—as was the new dish John sampled and enjoyed, even after Jamie told him it was in fact fried jellyfish.

Down in a cave they saw an ancient ruin of a home and marveled at the fact that Benito Mussolini destroyed some ruins and preserved others, allegedly to impress Hitler. “How can one person decide the importance of history to mankind?” John still wonders.

Sometimes, the auction donors are the ones swept up in the excitement of providing—instead of partaking in—a once-in-a-lifetime experience.

When vintner Carmen Policy and his wife, Gail, agreed to host a Napa extravaganza of wine that included big cheeses from the NFL, they were incredibly good sports about the whole thing. And so were their famous friends.

A criminal lawyer in Youngstown, Ohio, before he became vice president and counsel, then president, of the San Francisco 49ers, Policy had promised five Pro Football Hall of Famers at a feast of food and wine.

Policy enlisted his friend of nearly 50 years, Eddie DeBartolo, and “he was able to act as a magnet,” Policy says. Together they brought six more Hall of Fame football players to the table. The two couples who won the lot found their dining companions to be DeBartolo and his wife, Candy, plus Marcus Allen, Tim Brown, Ronnie Lott, Joe Montana, Jerry Rice and Steve Young.

They dined on salad of radicchio, persimmon and truffled hazelnuts with quince vinegar, plus pumpkin tortellini with gold leaf, wood-fired pizzas, cheese souffle and other inspired dishes from chef Michael Tusk of three-Michelin-starred San Francisco restaurant Quince. “It was hedonistic, to say the least,” Policy says with a laugh.

Proving that sports is indeed a wide world, joining them for the late-October event at Policy’s Casa Piena (or “Full House”) winery was also National Baseball Hall of Fame player Reggie Jackson.

“He got up and gave a little speech,” Policy recalls. “He said, ‘Everybody’s wondering why I’m here.’

“‘Well, it’s October and I’m Mr. October,’” Jackson said. He earned that title in 1977 when he hit three home runs for a World Series win for the New York Yankees against the Los Angeles Dodgers. Some nicknames stick.

What is … A Wine Festival Experience

Kathy Mezzalingua had her heart set on seeing a different type of celebrity. When she saw an auction lot that would take her to a Jeopardy! taping and to meet Alex Trebek, she was all in.

“It was always my dream to meet Alex Trebek,” she says. “I’ve been a Jeopardy! fan for years and years.”

Mezzalingua jetted off to Los Angeles with a friend from Syracuse, where she and her husband live part time, as well as Susie McCurry and her sister, Karol Holden, with whom they shared the auction lot.

They found out that a week’s worth of Jeopardy! shows are taped in one day—three in the morning and two in the afternoon. After each episode, Trebek goes backstage and changes his clothes to signify a new day. In the front row are the judges, who deliberate over the questions and the answers very often. And if Trebek even slightly stammers or bungles a pronunciation, they halt the proceedings and call for a do-over.

Mezzalingua took a photo with Trebek, and they talked about a mutual love of crossword puzzles.

She saw even more stars on another trip connected to the auction, to see the Emmys. After the show she seized a photo opp with fellow Syracuse native Henry Winkler.

“I bid a lot,” Mezzalingua says. “But it’s worth it. I’m on the grant committee now and have been to some of these places and met these kids. I’m honored to be part of the committee, to be responsible for giving these organizations the funds they need for the children.”

And, of course, that’s the biggest inspiration of all.