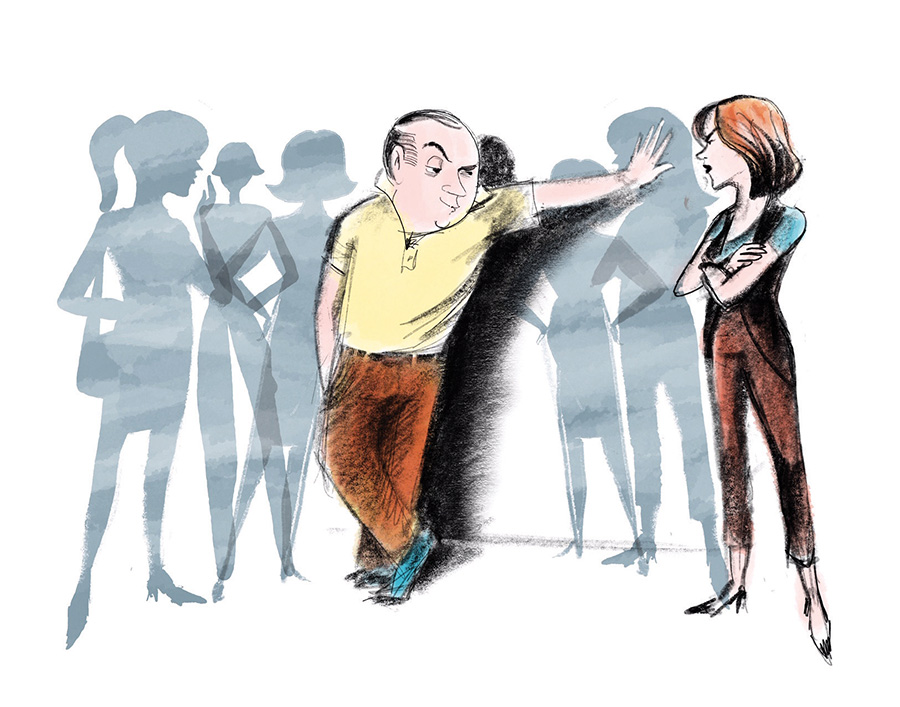 How do I deal with men who simply laugh at #MeToo? Some blame it on silly high school/college antics, or make jokes about Bill Cosby. I find absolutely nothing humorous about anyone who has dealt with assault, harassment, etc. I also have single male friends who joke that they’ll never make a move on a woman again for fear they will be “framed.” I have one friend who continues to joke about it even after I’ve told him to stop. — Samantha, Naples Dear Samantha, Whatever happened to sensitivity? How can someone laugh at something that makes another person uncomfortable? How can someone make light of people who believe they have been victimized? And about that framing—don’t those guys have eyes and ears and feelings enough to tell red lights from green lights? If the guys in your circle can’t read your signals and understand where you’re coming from, leave them in the used-guy lot and find better models.   I have a friend who constantly asks me to meet her for happy hour. We’ve never been close friends, but we’re friends on social media. I can tell from her posts that she supports an opposing political candidate, and because of this, I have no interest in getting to know her better. Should I tell her the reason I keep ignoring her requests or making excuses for not meeting her? — Janet, Naples Dear Janet, I know of friendships that have fallen apart over political differences these days. It’s sad that we’ve c
Subscribe Now and unlock unlimited digital access.
Already a subscriber? Sign In.