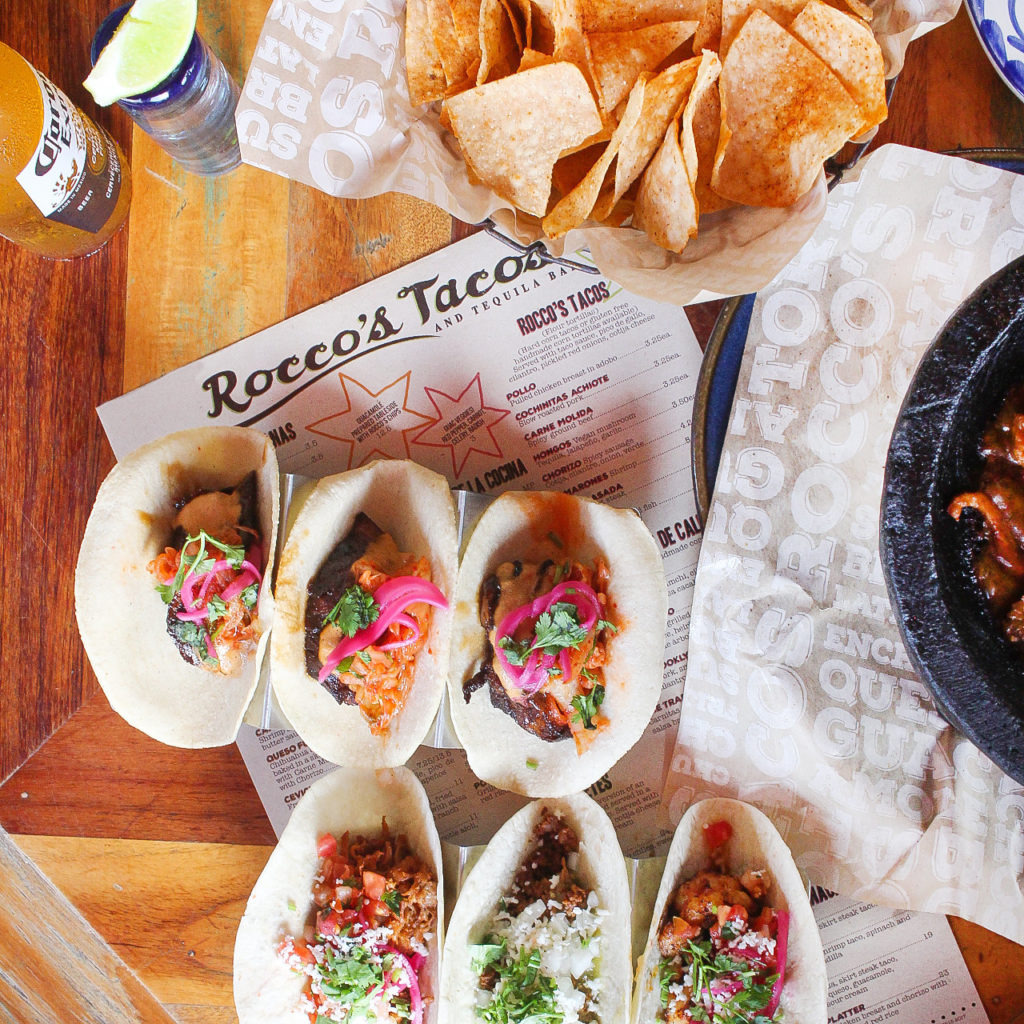 In less than a week, it has already proved to be quite the party place, but the latest Mexican restaurant to hit Naples has a soul too (more on that later).

Rocco’s Tacos and Tequila Bar splashed into view in late February with its owner, Rocco Mangel, pacing the bar during a grand opening party and yelling like clockwork, “Freeeeeee shots!!!”

The lively and gorgeously decorated dining room with elaborate wrought-iron star lantern-studded chandeliers on the corner of Mercato across from The Pub is the kind of spot with booths that can fit 10 full-grown women and there’s a full menu of 425 varieties of Patrons, Cuervos, margaritas and more to make any day a fiesta (there’s also a countdown clock on the website to the eatery’s biggest party of the year, Cinco de Mayo). 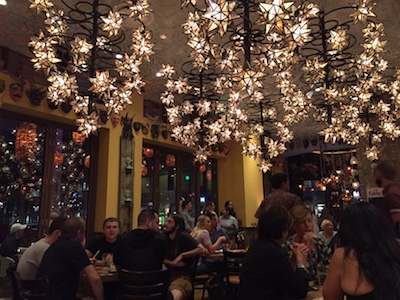 As for the food, the tableside guac, while it can take a while to be delivered, is fresh, creamy and customizable, and Rocco’s chips are fried up daily and dusted with a slightly sweet spice blend. The tacos themselves—traditional carne asadas, blackened shrimp as well as a few nuevo options like those with a Korean flair—hit the mark, and there’s a goldmine of other Mex and Tex-Mex fare to take in, such as enchiladas verdes, quesadillas and mole.

It’s also in the realm of possibility to eat on the healthier side, and that’s thanks actually to Mangel. You can tell he’s a party boy at heart and standing on top of the bar is a natural perch, but after being diagnosed with Multiple Sclerosis several years ago, he has remade the menu to reflect his cleaner eating—and through his involvement in philanthropy and using his platform as the owner of 8 other Rocco’s Tacos, he’s raised more than $500,000 for research so far.