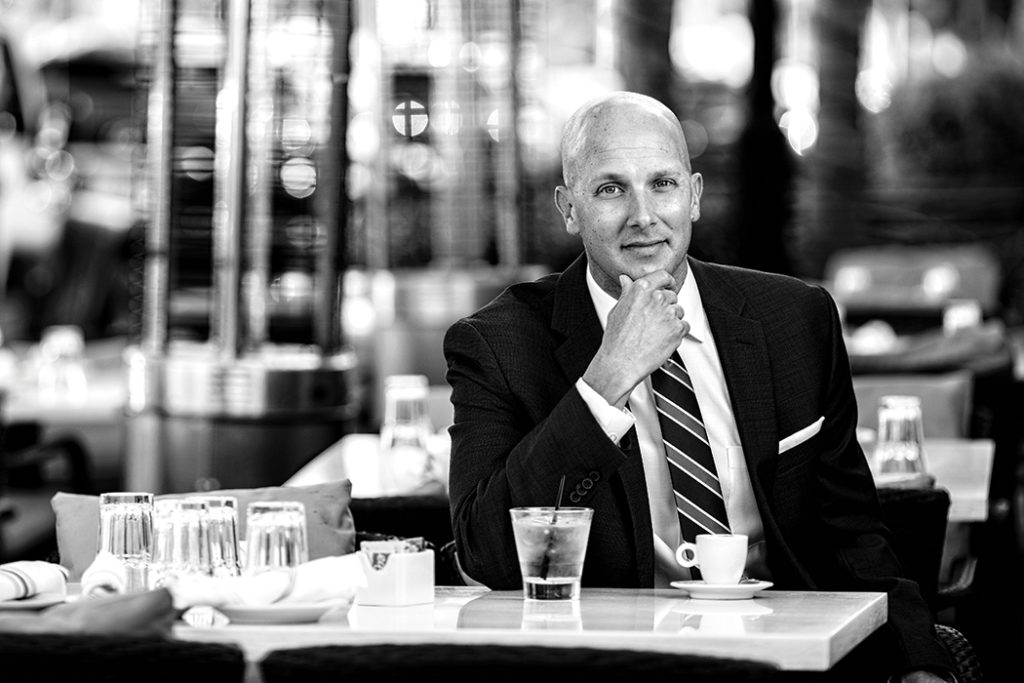 The first time Charles Chapman visited Naples, he thought it looked like a Disney resort. The sidewalks were pristine, the landscaping impeccable—the entire ambience was like nowhere else he’d seen. He jokes that it’s as though the public-works fairies came through at night and sprinkled magic dust. How does a city work like this? Well, he knows now. The former Hendry County administrator was picked to succeed longtime City Manager Bill Moss late last year after the city’s top candidate, Ormond Beach City Manager Joyce Shanahan, declined the offer. About a month into the job, Chapman sat down to discuss just how the magic is made in Naples.

How do you view your role as city manager?
“I was asked a similar question in my (job) interview: If a city were a make and model of a car and you had to describe what your role would be in that car’s infrastructure. … I’ll reference it like this: The city council is the spark plug of that engine. They’re the elected representatives of the citizens. My goal is in between the service delivered and the spark plug, more like the drive train.”

OK, this is getting technical.
“I’m the spinning axels that have to push the momentum forward. I am the person who is pushing the agenda forward as the city council approves it, and the department heads are executing it.”

What are some of the big issues facing the city?
“Traffic and parking. We’ve made some efficiencies in our electronic beach parking meters. People are getting texts now on their smart devices that let them know when their metered parking will run out. They can pay at the meter, or they can renew right there on their smart phone. … We have cameras on every single intersection (that are) integrated with smart technology so we can manage the flow of traffic better on all city stoplights.
“The second thing is water quality. We’re coming off a very tough season. … Council knows that it’s the environment of Florida that makes Naples so special, and we’re going to be aggressive to protect it.”

What made you want to get into city management?
“The tipping point came when I was 27. I was working in Gadsden County for a progressive manager named Marlon Brown. My background was in corporate resort management. Gadsden needed a parks and rec director, so I took a risk. He really invested in me and gave me assignments, and I fell in love with it. I caught the bug for how policy is made. I know that’s not for everyone. You ask someone ‘How is policy is made?’ and their mind goes back to some 1988 after-school special. For my family, it was a great fit. It afforded me the ability to make a difference. People may not know it makes a difference. But if you miss their trash pickup, they’ll let you know.”

Do you remember your first time in Naples?
“It was five years ago. I was looking at the Hendry County (county administrator) job. I had come down to visit my in-laws, who were fishing in the Ten Thousand Islands. We drove through Naples and ate on Fifth Avenue. The image I remember is sitting outside this little café and thinking it must be really great being the city manager of Naples. ‘Look at this downtown area. Their staff must be incredible.’ Now that I see it, it really echoes how hard the city staff is driven toward excellence.”

Were you thinking the job was lost when you weren’t offered it at first?
“Was I a little disappointed that I wasn’t the No. 1 choice? I think that’s the heart of your question. Of course, I was. But the interesting thing is that if I had to finish second it would be behind Joyce. She’s a top-notch city manager. She has tenure on me. She’s someone I benchmark myself against. It was a compliment to finish behind her. There was no aggravation between the two of us. She sent me a congratulations card after I signed the contract. Council had a tough choice. It was to my benefit and blessing that they ended up with me, and it’s been a great fit since.”