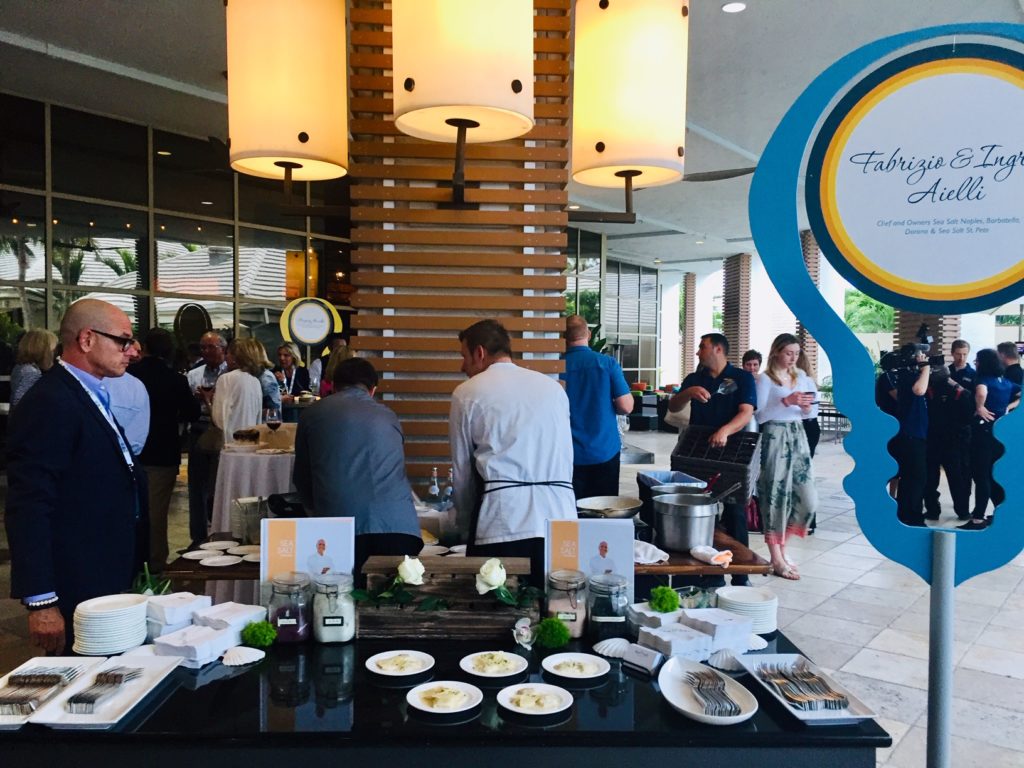 The three-day blockbuster that was the premiere NaplesNEXT Ideas Festival, March 17-19, 2019, had no shortage of star power and insider info from the back-to-back speakers and seminars. The event featured everyone and everything from Laura Bush reflecting on her years in the White House to a Johns Hopkins oncologist on finding a cure for cancer to the editor in chief of National Geographic moderating a panel on the future of urban planning.

But perhaps where it most lived up to its tagline, “Big Thinking, Big Fun,” was in the culinary department. A partnership with the James Beard Foundation (which doles out national awards to chefs and restaurateurs each year in the epicurean equivalent to the Grammys) made sure there was a hard-hitting discussion on food sustainability between Kris Moon, the Foundation’s COO, and Gregory Gourdet, a multiple James Beard Award semifinalist and runner-up on TV’s Top Chef) at the close of the second day’s seminars at the Naples Grande Beach Resort. The discussion was then followed by a soiree on the hotel’s breezy Sunset Veranda, featuring dishes from chefs near and far, all sticking to the theme by making use of sustainable ingredients. (The Foundation also helped put together the opening-night celebration on Sunday at the Naples Jet Center, which had no shortage of select pours from a nationally recognized sommelier and mixologist.)

The half-hour talk highlighted two global movements: the push for sustainable seafood (Gourdet noted how even small changes make a difference, such as when he decided to swap Hamachi for Kampachi at his restaurant) and food waste reduction, in particular the Foundation’s “Waste Not” initiative encouraging professional and home cooks to use every last scrap in their arsenal. As Gourdet put it, he’s found ways to turn the unsightly vegetable rinds and trim into profit by fermenting them or pickling them to, voilà, create some pretty darn delectable condiments.

As it came to a close, the rest of the night’s chefs were brought onstage—a mix of local talent, including Asif Syed of 21 Spices, Jason Goddard of Sea Salt and Vincenzo Betulia of The French, plus a Miami-based pastry chef Soraya Kilgore of MadLab Creamery. They each announced what dish the audience had to look forward to in a matter of minutes at the party, and how it dovetailed with the sustainable theme.

And then everyone was off to eat, drink and be merry—and think about the big ideas behind them and what was still left in store.