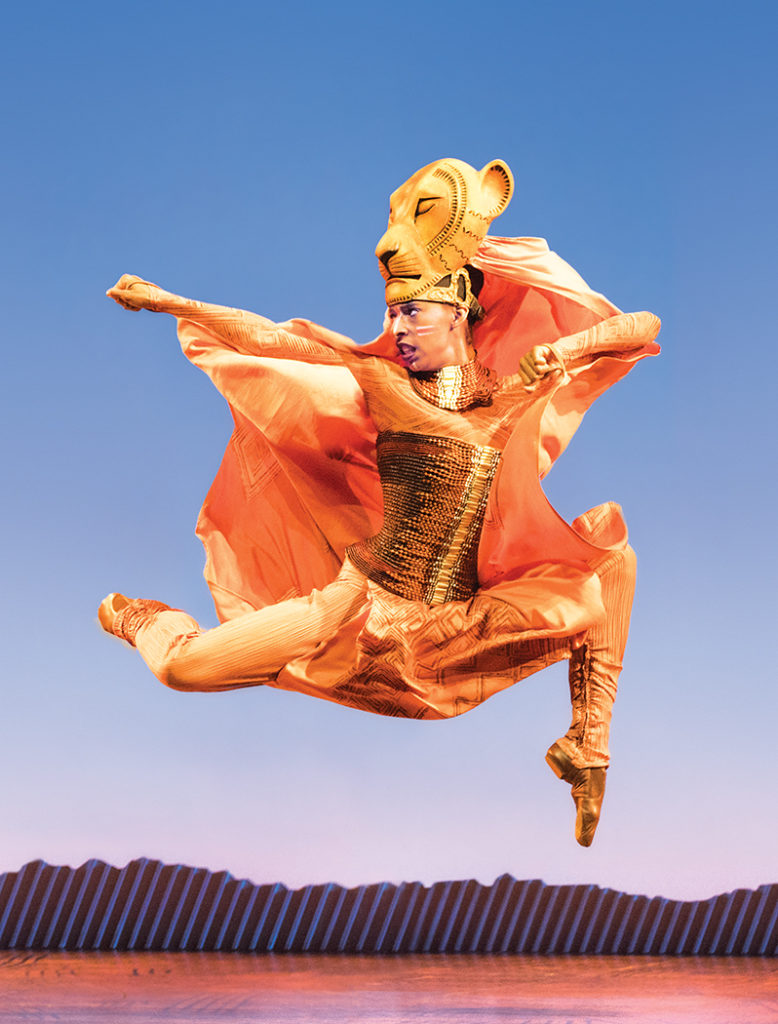 Disney’s The Lion King
April 3-21 at Barbara B. Mann Performing Arts Hall at FSW, bbmannpah.com
It’s been here before, you’ve likely seen it before, but there’s just no other Broadway show like it. Kids, adults; showtunes lovers, musical haters—we all admire this creative masterpiece. (Hence why it’s the No. 1 musical in the world.)

Blooms & Brews
April 13 at Naples Botanical Garden, naplesgarden.org
We’re digging (get it?) this combination of craft beer and good cause. At the inaugural evening event specifically benefiting the garden’s conservation efforts, savor a variety of local brews, music from “folk- and jazz-infused indie” band The Woodwork and, of course, the beauty of this botanical paradise under the stars.

Stars of Hamilton
Leslie Odom Jr. (right) with the Naples Philharmonic on April 13 and Mandy Gonzalez on April 29, both at Artis—Naples, artisnaples.org
Calendars already are marked for the indisputable star of next season: Hamilton. So why not enjoy somewhat of a preview, with performances by two stars of the hip hop-infused history maker? Odom Jr. performs alongside the Naples Philharmonic for the first time, and Gonzalez’s return here features beloved tunes from Broadway and beyond.

StayInMay Festival
April 24 through May 8 at various Naples locations, stayinmay.com
Labeling this pick as a “best” feels almost unfair, as it is so encompassing. But that’s exactly what makes it great. Art displays, diverse world-class concerts, culinary showings, short films—take your pick.

Festival of Tens
April 26-28 at The Laboratory Theater of Florida, laboratorytheaterflorida.com
For this inaugural event, five adult students who have studied with Lab Theater playwright Louise Wigglesworth for several years will each present a 10-minute play. And quick does not mean uninteresting or uncomplex. Take it from this writer: “Writing short” poses a unique set of challenges. We look forward to seeing the fruits of their creative labors.