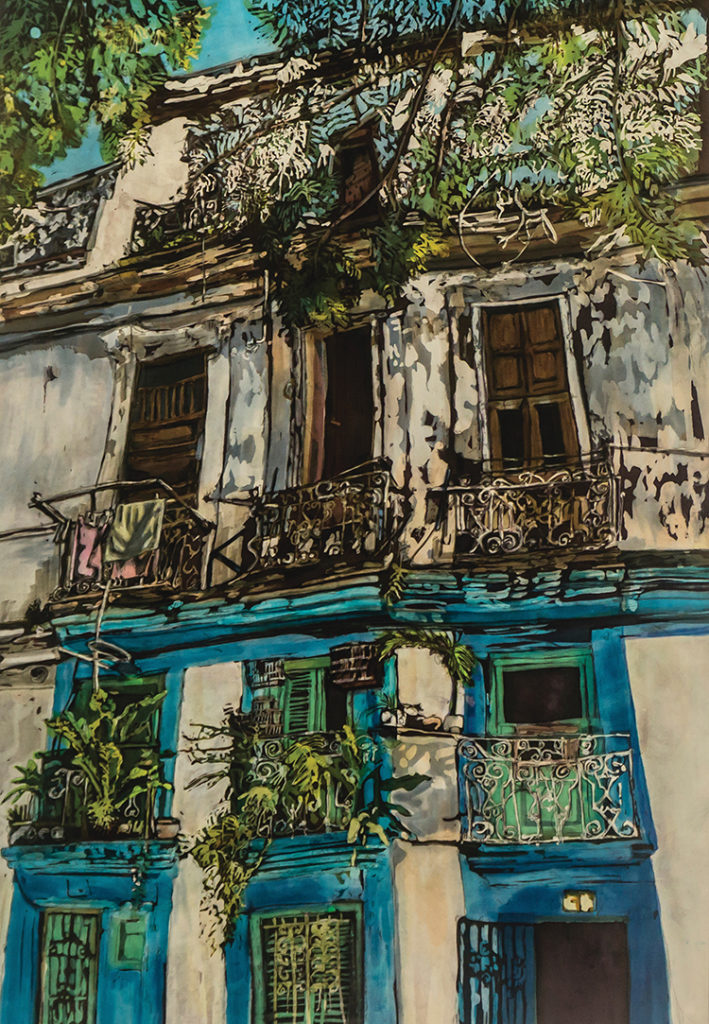 Muffy Clark Gill lets it all hang out in her new series of batiks inspired by laundry lines around the world. She celebrates a chore that evokes memories of a simpler time, when people hung their clothes outdoors to dry rather than tossed them into a machine. Gill’s Wash Day—Habana Viejo has a marvelous sense of fluidity to it. The sun-dappled façade of an Old Havana building appears to have an undulating life of its own, and the fact that some clothing is draped over one of the elaborate wrought-iron balconies seems almost secondary to the picture’s overall impact. A fiber artist based in Naples, Gill turns her own photographs into line drawings on cloth, then applies waxes and dyes in successive, exacting layers to create her richly detailed scenes. Her Wash Day series brings together many of her longtime passions: travel, photography, Caribbean culture, ethnic fabrics and the technique of rozome, a form of painterly batik rooted in Asian culture. A different side of Gill’s work is on view at the Naples Depot Museum through April 27, where a selection of works from her native American series depicts aspects of 20th-century Seminole life. muffyclarkgill.com, colliermuseums.com

Janice T. Paine is the education program manager at the United Arts Council of Collier County 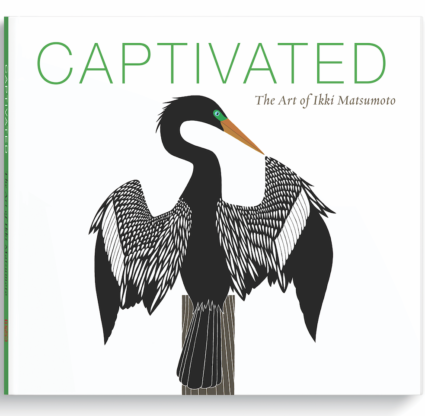 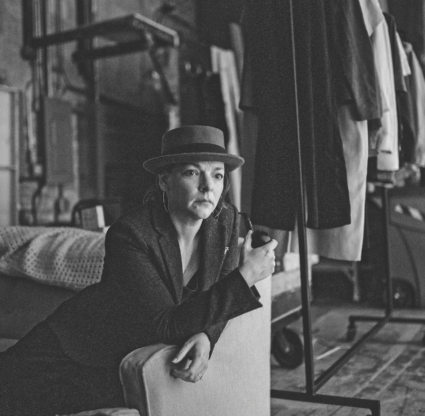