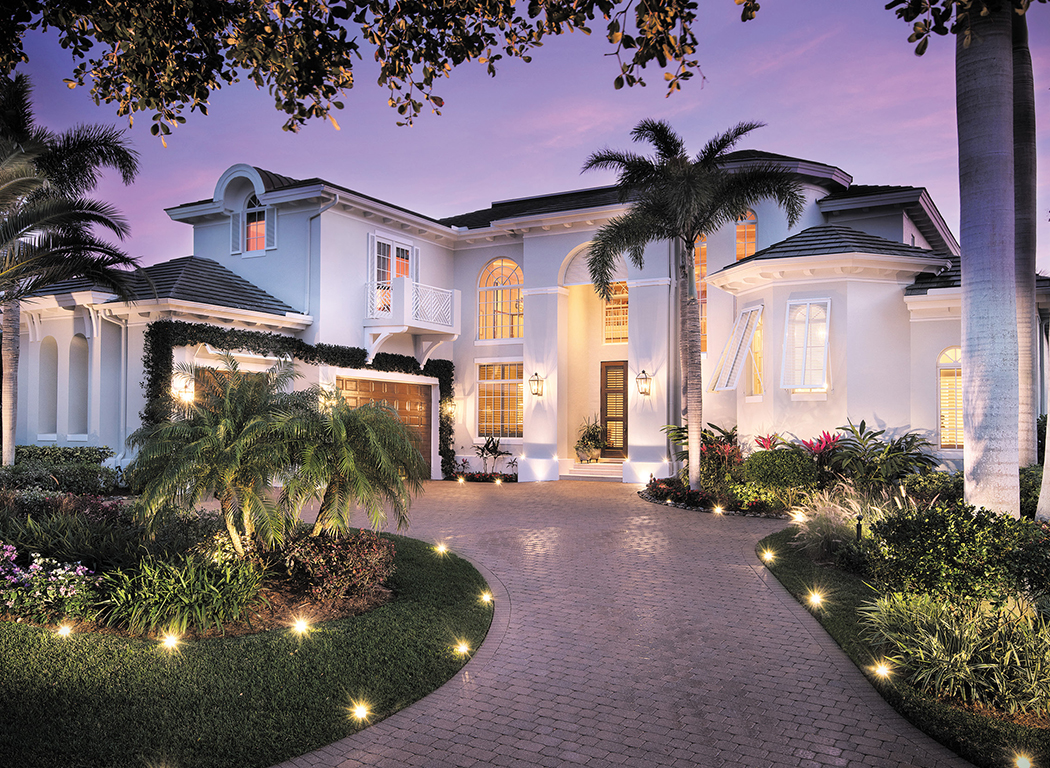 Dramatic, large southern views over Venetian Bay attracted buyers from the Midwest to the custom Park Shore estate at 282 Mermaids Bight, which sold in December. Its updated style didn’t hurt, either. “The home went through a large transition from a heavy Mediterranean to coastal Bermuda-influenced property,” says listing agent Michael G. Lawler of Premier Sotheby’s International Realty. Originally designed by Tony Boyatt and built in 2005, the 6,535-square-foot Naples residence features an open floor plan that flows out to a sprawling outdoor entertaining area with a full outdoor kitchen, fireplace, vanishing-edge pool and plenty of sitting areas. Inside, the two-story space boasts four bedrooms—one is a master suite with a spa-like bathroom—four full bathrooms and three half-bathrooms, plus a second bar and balcony facing the bay on the upper floor. The previous owners made the home more modern with a new roof, climate-controlled garage, new air-conditioning system, electric shutters and then some. Ultimately, the home sold unfurnished, but a few key pieces were involved in the buy.

The custom-built home at 45 Fairview Blvd. on Fort Myers beach sold furnished in December to out-of-state buyers. No expenses were spared in the 2016 build, which includes a kitchen with a French-door refrigerator, double ovens with advanced technology and more high-end appliances. The nearly 2,500-square-foot, three-bedroom, three-bathroom space also contains an elevator, a master suite with two walk-in closets, and a bathroom with a freestanding tub, under-cabinet lighting and remote-controlled shower. “There was a very spa-like feeling to the master bath,” says Cheri Schlottman, who listed the property with Paula Kiker, both of Lahaina Realty. There’s a large upstairs patio with a built-in wet bar and grill, and the ground level features a spacious deck with a saltwater pool and spa. The new owners can also enjoy a boat dock, lift and cover, plus easy Gulf access.