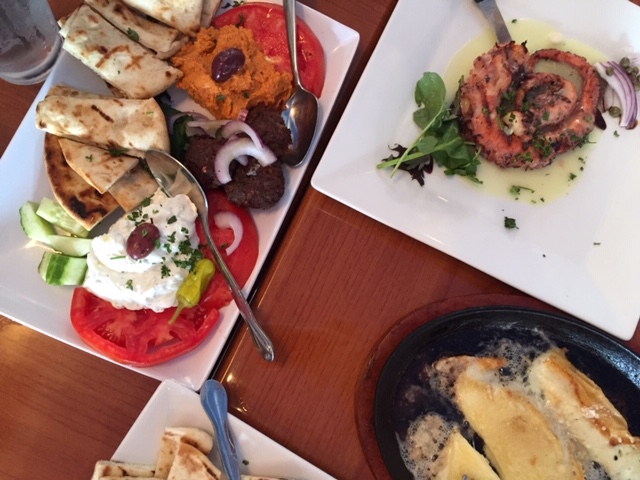 Most people would never ever be able to tell from my name that a big chunk of my summers between ages 10 and 20 were spent in and out of the land where philosophy, the dramatic arts and the Minotaur were born. Even less of a tell for my 50 percent Greek-American heritage is my blonde hair and blue eyes. 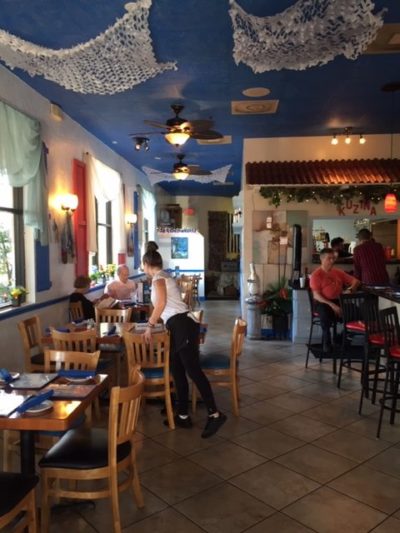 But I’ve seen more than my fair share of gyros (pronounced properly as “YEE-ros”) and baklava in my days, and I can say for sure that Mykonos Kuzina—a small taverna behind the Walgreens on Wiggins Pass and U.S. 41—is the real deal.

It’s not elevated like what you get at Estiatorio Milos in Miami, New York or Las Vegas (for half a week’s pay), but instead, it’s a solid everyday Greek-family-run joint where a mom is in charge of the front of the house, the dad is in the kitchen, and their grown twin sons split their time helping both.

The result is genuinely welcoming service, a Greek salad the way you’d find it in the motherland (what people refer to as “horiatiki,” which means “from the village,” with little else besides the freshest ripe chunks of beefsteak tomatoes, cucumbers, feta and whole pitted Kalamata olives), plus other crowd-pleasers such as avgolemono (a lemony chicken soup), spinach pie, whole pan-seared branzino and four kinds of souvlaki (marinated pork, filet mignon, chicken and mixed vegetables grilled on skewers).

The interior and exterior are decorated to transport you to the Mediterranean (even if a touch campily so), but one bite of the food and you’re already there.