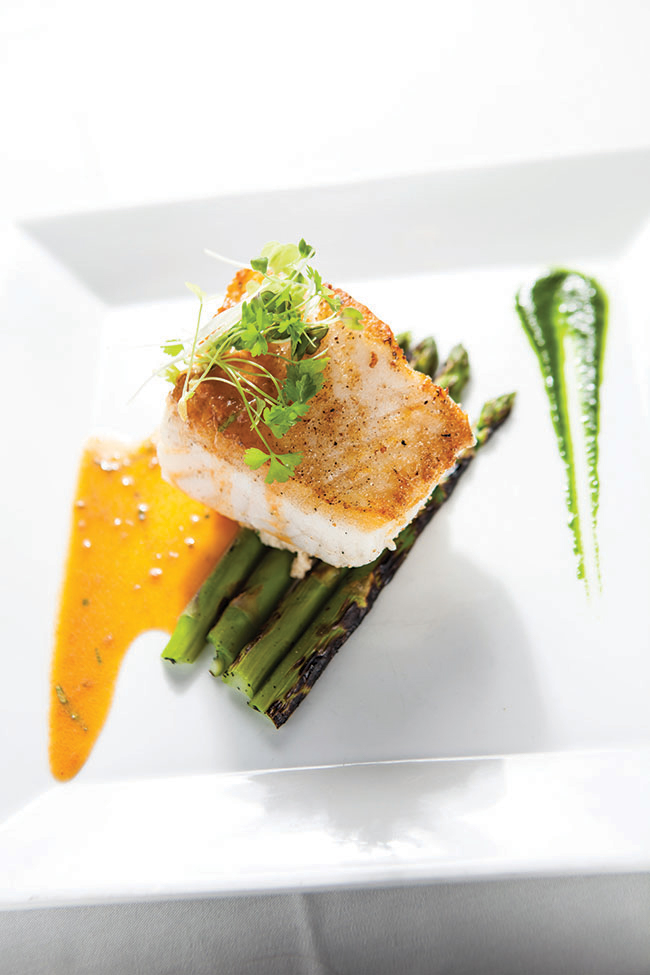 Glory days: Back in 2013, this black sea bass at Cru was our Best Bite of the month.

It’s your last chance to get in one last plate of tapas from Cru and an encore entrée from Bistro 41.

They’re two eateries that defined a decade and then some in Fort Myers—as well as the location in which they were housed. The Bell Tower Shops, Fort Myers’ most upscale shopping and entertainment promenade, became synonymous with chefs who were willing to go above and beyond to make a unique dining experience for their clients.

But as of April 28 for Cru and April 30 for Bistro 41, they will exist just in memories—some wild and unforgettable, like a private party for Marilyn Manson in 2007, when Cru adorned a dining room with candle-lit chandeliers. Cru’s owner, Bob Boye, who took the reins after Harold Balink (who now owns the lauded Harold’s nearby), is flirting with the idea of a Cru 2.0 elsewhere.

Both couldn’t work out a new lease with the center, and the center appears to be entering a new phase. Yes, there are still Society and DaRuMa, but there has been a gradual shift over the years toward national chains, with a focus on entertainment—World of Beer; a Dave and Buster’s that just opened in April; and Burntwood Tavern, which was announced to replace Cru and be Southwest Florida’s second location of the Ohio-based Chef Art Pour Restaurant Group.