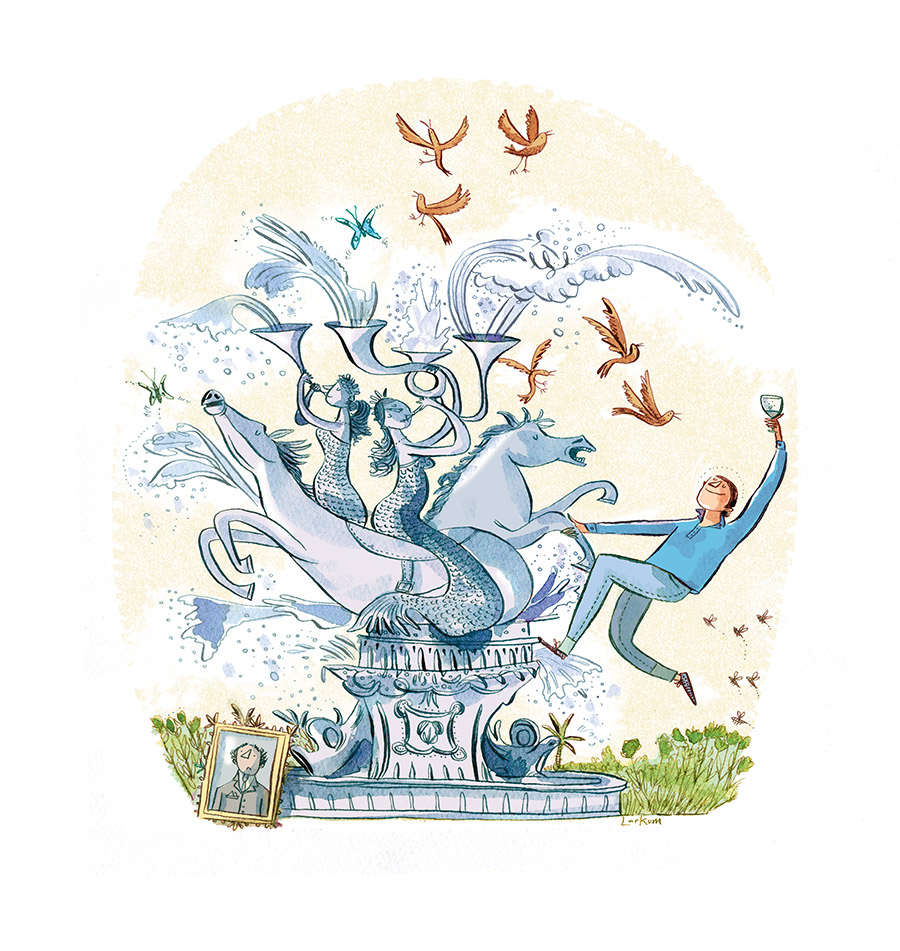 As you read this I’m injecting myself with HCG, a hormone that mimics early pregnancy. So there’s a better than even chance that I’ll spend the rest of the day either crying or lactating1. But it’s all for the best, as I’m working toward a goal most of us can get behind: slowing down or even reversing the aging process.

In fact, I may literally be getting younger as you read this. I’m losing weight and gaining collagen and my hair and nails have never been better. (I may even borrow my parents’ car without permission and go to the mall with my friends.) But it wasn’t always this way. Like most of us, I put a fair amount of time and energy into aging, and it was starting to show. I was feeling rundown, my waist was starting to color outside of the lines, and my face was narrating A Wrinkle in Time. In the age of Instagram and selfies, there weren’t enough Bambi filters to keep me feeling good about myself.

So I dove face-first2 into making a change. In the past few months, I have subjected myself to everything from ice baths to meditation to Wim Hof breathing techniques that super-oxygenate the blood. I’ve eaten chicken carcasses to increase collagen, added lion’s mane mushroom extract to beverages for cognitive improvement, and even had my face punctured hundreds of times with needles to reduce lines and wrinkles. (That smarted.)

It hurt all the more because it can be argued (poorly) that Florida was founded on the idea of getting younger. You may recall that Ponce de Leon supposedly came a-callin’ in search of the Fountain of Youth before the Calusa Indians misunderstood and stopped his aging altogether. And if he could see the current population of the Sunshine State, he’d realize that he missed that fountain by a long shot. We’re old.

You see, thanks to real medical advancements, YouTube videos and supplements derived from superfoods I’ve never heard of, we all can slow the aging process to a point where people will think you have a painting of yourself aging in the attic3.

I want to not only look younger but actually feel, perform and be younger. I won’t rest until people tell me I’m 32 and mean it4. And while you can test various things such as telomere length and corollary vein thickness to gauge your biological age, I chose to stick to my own testing standards: looking and feeling great5.

I began my journey at Naples Aesthetic & Wellness Institute (NAWI). Dr. Edwin Dean and his wife, Katherine, run the clinic and offer a wide array of treatments that help you get your groove back: from hormone pellet therapy to body sculpting to laser treatments, just to name a few.

During an initial consultation, the Deans thought I might benefit from some UltraSlim treatments, a hydrafacial, Secret RF Micro-needling and Intense Pulse Light Photorejuvenation. Thanks to their 3-D camera, scales and measuring tapes, it was clear I needed the works. I discovered I had a body fat percentage of 18.8 and a BMI of 22.4. That put me squarely in the “acceptable” range for the middle-aged American male, but far from “awesome and young.”

And though I’m hardly blowing buttons off my chinos, they recommended that I try their HCG diet, which utilizes a combination of HCG injections (the aforementioned early pregnancy hormone injection) and a very strict low-calorie diet to get to my ideal weight6. It’s called a starvation diet for a reason. You’re allowed only 1,000 calories per day, within a six-hour window (to help with ketosis).

By Day 4, I was willing to stab someone for a cookie. In all fairness, I went from 171 pounds to 162 (that’s 9 pounds) in eight days. That’s impressive. And though my family threw a wrench into the works on Day 10 via chocolate cake, I’ve already hit my goal weight of 158 and looking for more. Abs are an actual possibility again. In case you’re curious, I continue to work out during the diet, which certainly helps.

Dr. Dean calls weight loss one of the “low-hanging fruits” of anti-aging. He considers fat a poison to the body, so why not get rid of as much of it as possible on the journey to youth? Losing weight immediately makes you feel better.

I also went under the lamps of the UltraSlim, which says a patient loses an average of 3.5 inches and 1.6 liters of fat during each 32-minute treatment. I don’t mean to brag, but I lost 4.25 inches after one session. (It’s not one measurement that makes up that number—so don’t think it’s just your waist.) After the lamp, you immediately hop on a shaker machine to help the fat find its way to your lymphatic system. Ten minutes on a shaker and you discover wiggly bits you didn’t even know you had.

It’s also suggested that you wear compression shirts after each session to help push more fat into your lymphatic system. I don’t know if they work, but the calorie burn from just trying to put on or take off one of these things may play a major role in the weight-loss process.

NAWI staff took charge of my face and administered Secret RF micro-needling. Imagine a pissed-off bee stinging your face repeatedly and strategically. I know it sounds bad, but you get numbing cream (take the extra-strength!) that makes it totally bearable. And the results are impressive. Those marionette lines are seriously reduced, and any scars or surface imperfections are smoothed. It’s not cheap, but if just one coed asks for my number, it’s worth it7.

Of course, looking good on the outside is only half the battle in the pursuit of youth.

Another thing that has shown benefits for anti-
aging is the inclusion of organ meats in our dietary plan. We’ve all gotten away from eating livers and hearts and other interior bits that are rich in nutrients and vitamins. Circle C Farms in Bonita Springs sells various meats, organ meats and bones that are both grass-fed and grass-finished. (“Grass-finished” means the animal was raised eating only grass. “Grass-fed,” more common, means the animals were just started on grass and then, at some point, switched to grains.) By the way, another big plus is eating bone broth and bones. You can just boil down chicken carcasses, and once they’re soft, eat away. It reintroduces collagen into your body and helps fight the need for fillers and Botox.

And as I mentioned in a previous column, getting your head cold is key to building up the blood/brain barrier that helps keeps toxins from leaking into your brain. While ice baths are terrific for this, cold showers are easier. I tend to lean more toward the gradual ramping up of the cold, nice and slow, before finishing with a bone-chilling cold that leaves me concerned I’m having a stroke. While it seems like a giant waste of modern technology (and the new water heater I installed), I have to admit that the freezing-cold showers truly invigorate and start you on your way with serious clarity.

I’d tell you more, but I need to go reserve a limousine for next prom season. Just. In. Case.