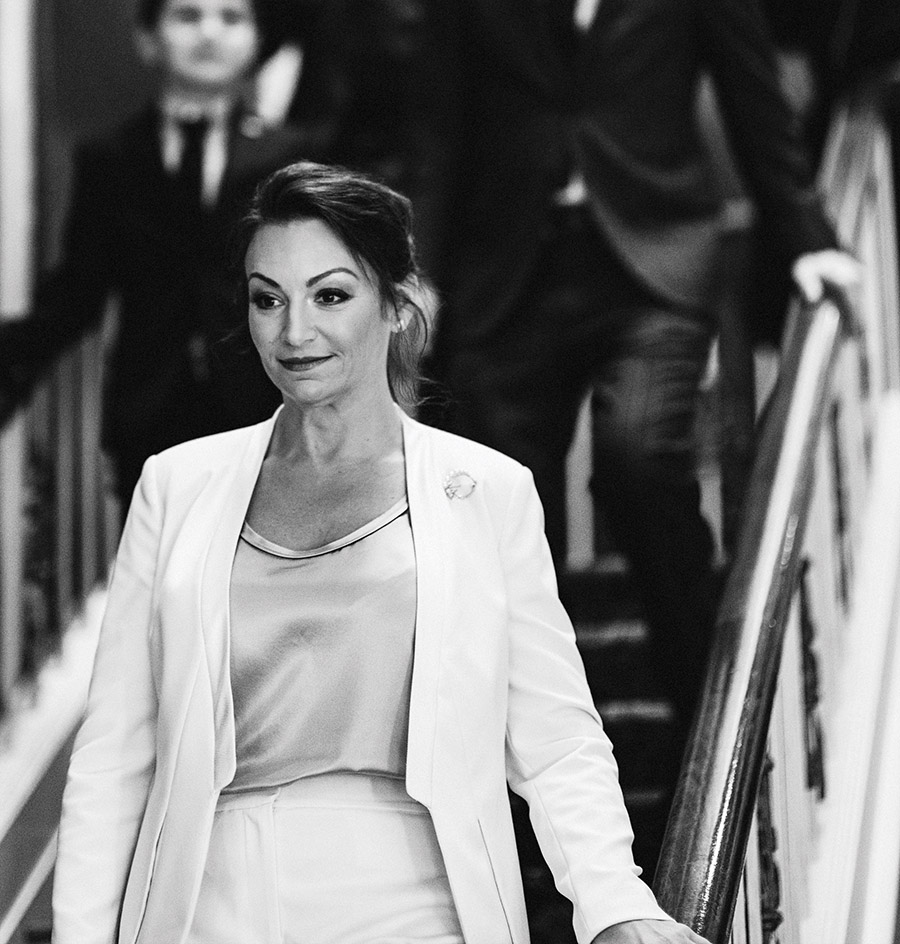 We made it through red tide. We made it through blue-green algae blooms. But what about next time? That’s a question that has been on a lot of minds in Southwest Florida. And newly elected Florida Commissioner of Agriculture Nikki Fried is seeking an answer herself. In her seven months on the job, the only Democrat to win statewide office last election is trying to find common ground on several of her top issues, including water quality and legalization of medical marijuana. In March she discussed these issues and more with Gulfshore Life. 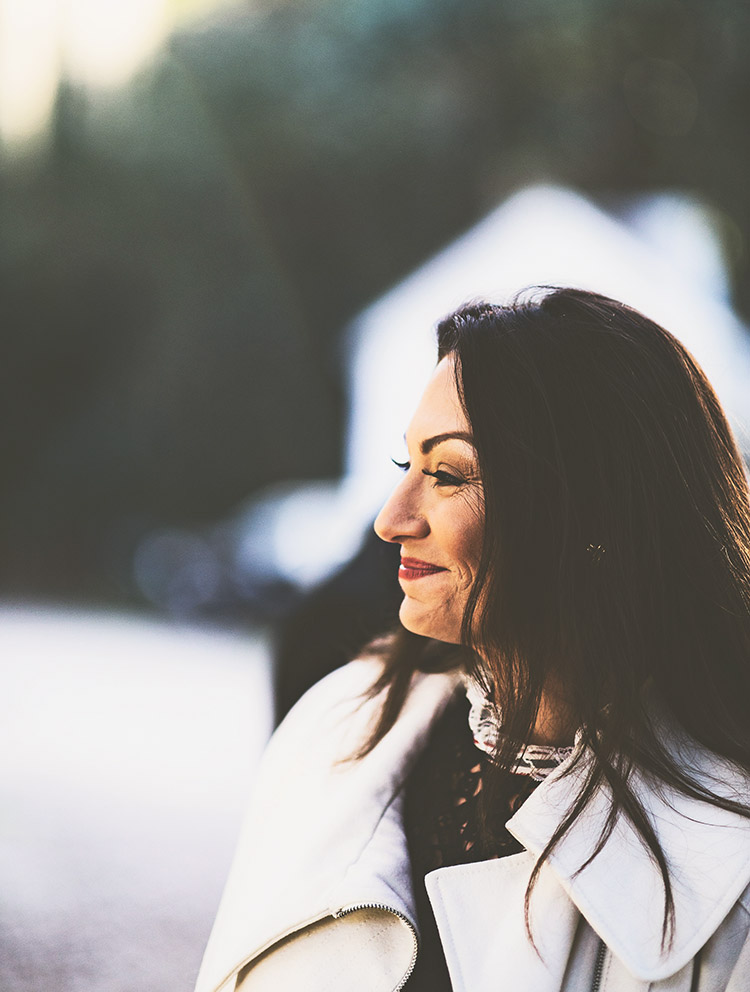 Have you made it to Southwest Florida much?

“Yes, I was at the Captains for Clean Water annual gala. It was amazing seeing so many people from that community gather for one purpose. On the campaign trail, I came out to the community a few times to talk to fishermen and local business owners. Water is the livelihood of our state, and we need to make sure that we have clean water and not have future outbreaks like we had last year. Your community was one of the worst-hit in the entire state.”

How can you make progress on this issue?

“The first thing is not to point fingers. This is a very complex issue that has been exacerbated over the years. So the answer is not going to be just one. And it’s not going to happen overnight. This isn’t a Democratic issue. This isn’t a Republican issue. So once we take down those kinds of stigmas and start confronting the real issues, we’ll start coming up with real problem-solving. You’re going to find a path forward that’s going to be complex. It’s going to be everything from changing our septic tanks to reducing the nutrient loads that are going into the waterways. We’re going to have to find more environmentally savvy energy sources that are not polluting our waters.”

What have you seen so far during your time in Tallahassee that makes you think significant bipartisan progress can be made?

“The governor immediately came out and this put together Blue Ribbon Task Force on these issues. The Florida Cabinet recently purchased more land for conservation, too. As for the Everglades, you’ve already seen across the board money coming into the budget for Everglades projects and water projects. So, you’re seeing a lot of that bipartisan support for this.”

Medical marijuana was a top issue for you during the campaign. How do you feel about the progress made?

“I’m thrilled that the smokable flower is now available to patients across the state. I have always said that I don’t like getting involved in the doctor-patient relationship. I think that we definitely have made a step forward, but there’s still a lot of restrictions, a lot of red tape for these patients. So, hopefully, we’ll be able to continue moving the ball forward. That’s also why we created our first cannabis director and are creating a medical marijuana advisory council. They will be gathering information during the off-season about what is going on, on the ground level between patients and doctors. Hopefully, we’ll be able to come up with a comprehensive report to submit to the legislature next year of ways that we can fix the program, and make sure there’s more affordable access to the patients.” 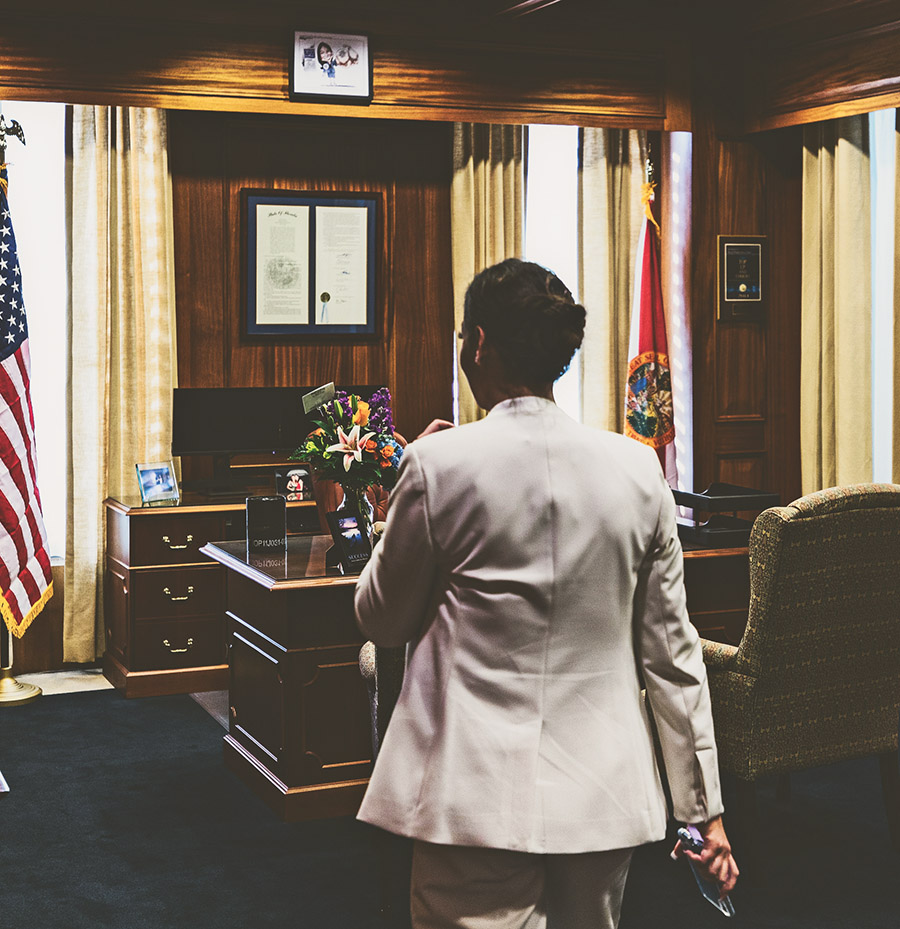 There’s also been confusion about CBD oil (oil extracted from the flowers of the marijuana or hemp plant). What is your concern?

“My concern is that it’s not regulated, there’s no testing standards, there’s no growing standards, labeling standards. And so you have no idea what you’re buying. And for somebody who has a weakened immune system, someone like my mother who is going through cancer treatments, I would never want her to just buy something labeled ‘CBD’ online or in a 7-Eleven. You just don’t know what it is. I’m actually a big proponent of actual CBD, which is also why I’m calling for the legislature to pass legislation so that we can actually get this under control.”

You have been a proponent of growing industrial hemp in the state. What has the reaction been?

“First, I’ve yet to hear somebody in our state that is opposed to industrial hemp coming into our state. I’ve spoken to a lot of members in our ag community, and this is really going to be something that is going to be an industrial revolution in our state and our country. We can finally have ‘Made in America’ hemp products that we can export to the world. I would like Florida to be the gold standard for that.” (Editor’s note: Lawmakers approved a bill in May that allowed for the creation of a hemp program.)