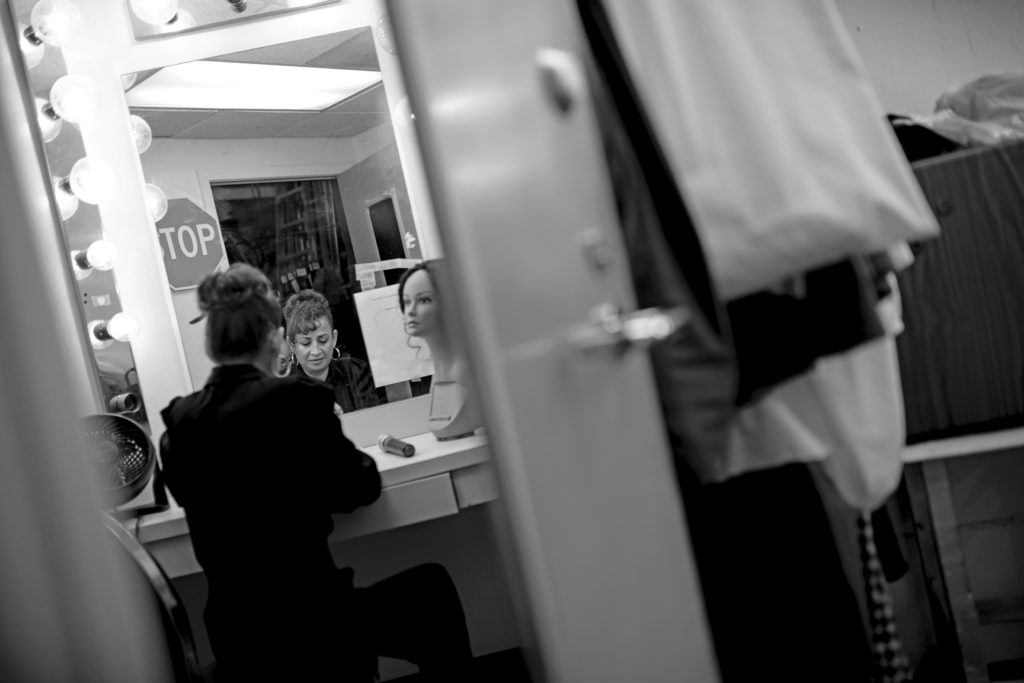 Torres picks up one of the notebooks. Every day, she writes—on her tablet, her phone, her computer. It’s a constant frenzy.  “I’m the ringmaster having to whip everything,” she says. “The monkeys, the clowns, the freaks—and that’s just my family.” 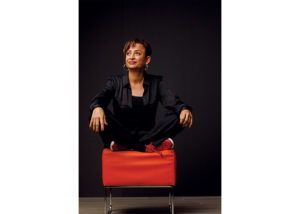 Torres, 48, is the matriarch of a small, white house with aqua shutters in a rough block of central Fort Myers between U.S. 41 and Fowler Street. She’s also a stand-up comic who is pushing to promote ever-underrepresented female comedians, broadening public understanding of mental health conditions like the ones she’s experienced and connecting with audiences through performances that are raw, real and personal. She’s got a whip-smart repertoire that’s landed her gigs with national acts like Paul Rodriguez and Dom Irrera. Much of it centers on her identity, as a Puerto Rican—although she does a funny bit on stage about recently discovering that she’s half Dominican. 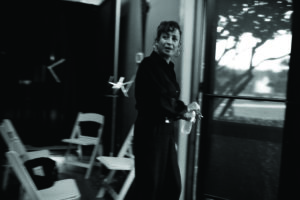 “Puerto Ricans and Dominicans can’t stand each other,” she says to me, when we’re back inside her little white house, that cigarette stuck between two fingers and her hands moving as she talks. “I tell people, ‘Be careful who you hate.’”

Born in New York, Torres moved to Philadelphia with her family when she was a kid. Her mother and
stepfather were always at each other’s throats. The family was on food stamps. She hung with a tough crowd.

“I’d go across the street and buy a bag of penny candy, and that was breakfast, lunch and dinner,” she says. “I’ve seen people in Philly kick first and ask questions later. I was that fighter.”

Torres went to college at the Penn State campus in Erie where she discovered theater.  “It was like the doors opened and the angels sang to me. Even the smell—most theaters have it, a mix of sawdust and mold. I was like, ‘What is this place?’ I took to it like a duck to water.”

She excelled in the university’s acting program, which didn’t go over well with her family. When Torres told her mother she was going to be an actress, sitting at a table in Dunkin’ Donuts, her mother just stared at her.

“She was pissed,” Torres says.

After that, they didn’t speak for two years. 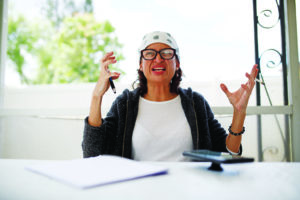 Torres moved to New York City after college but only lasted three months. When a virus knocked her flat, she went home to Philly then to Florida—bouncing between Orlando and Fort Myers—to be with her large extended family. She’s been here for the last 25 years.

Torres has known her share of struggle. Still today, she has to fight to make it in an industry where women are at a disadvantage and Latina women, in particular, have the deck stacked against them. She battles the mental health demons that plague many artists—anxiety, depression, shifting between grandiosity and low self-worth—and she’s admitted to being in a “dark place” more times than she can count. She’s suffered several nervous breakdowns throughout her life and sought the help of professional therapists.

“This comedy business attracts a lot of sad people,” she says. “People don’t want to know I bought a new Caddy. They want to know I’m driving around in my busted-out van. That’s what connects us. It’s human.”

Comics have to be vulnerable even when it means exposing what hurts. “Stand-up is like going into a bullfight. Naked,” Torres says. 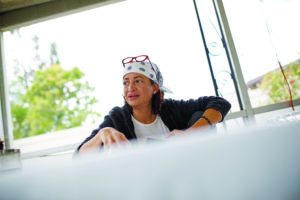 Since Robin Williams’ suicide in 2014, more and more comedians have been coming out about their mental health struggles. But this isn’t a new thing. Back in the day, Freud said comedians told jokes as an outlet for their anxieties. The research is still unclear on whether comedians are more prone to depression or if they just understand people’s pain better than others. Though Malcolm Gladwell famously said he does not believe comedians are master psychologists in an interview last year with psychologist Adam Grant, Grant made a good case for it. He said comedians have to understand not only what will make people laugh but also what is right on the edge of making people uncomfortable. That requires a lot of insight, he added.

Torres has insight in spades. She also has an impressive work ethic. By her estimates, it takes years of work to create a good set, between writing the jokes and fine-tuning them. Unlike film or theatre, there are no on-stage rehearsals in stand-up. Jokes are tested in front of the audience. Sometimes, Torres tries out material on her family, but it always falls flat: “My kids don’t think I’m funny.”

A good stand-up show is like a theater performance. No matter how authentic and real Torres may seem onstage, she’s always in character. She has some
genuine moments onstage, but very few. 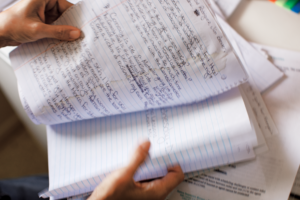 People think the secret of great comedy is to get up there and riff, but good comics know it’s really about knowing their lines. The trick is to make it seem like riffing. “When it looks natural, that’s when it’s the most unnatural,” Torres says. Her humor is rarely off-the-cuff. She doesn’t sit around trying to make people laugh. “I’m a writer and a performer,” she says. “Most of it is experiencing something funny and then killing it on paper and then going onstage and giving it CPR to revive that same feeling of authenticity. That’s the magic of the funny.”

The Pelican Preserve show, an all-female act, which Torres organized, features her Comediannettes, a group of women she considers to be the strongest talent in the area. The group performs locally and nationally as a touring troupe. One of the night’s acts, Nancy Francis, lives in Pelican Preserve, hence the invitation to perform there. 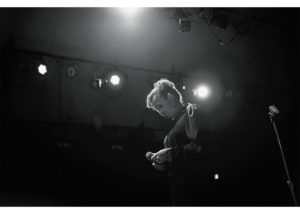 The night of the show, Torres paces the sidewalk behind the theater dressed in a long-sleeve black jumpsuit and her signature red glittery sneakers, a nod to Dorothy in The Wizard of Oz and a reminder to follow her own Yellow Brick Road. She’s smoking a cigarette and drinking a bottle of water. Though drugs and alcohol are rampant in the comedy community, Torres keeps herself clean and sober.

When it’s finally time, she does one last shake-off and then enters the building through a glass door that leads to the backstage area. She climbs a short flight of stairs and steps onto the lit stage.

“Good evening,” she says brightly. “Hola, hola, hola. Hello. Thank you, Pelican Preserve. Thank you again for coming out. You keep the Ha Ha alive. You keep us at work. And that’s fantastico.” She pauses. “Some of you are looking at me like—” She makes a huh? face. “But I’m not up here entertaining you so my family members can break into your cars.” The audience laughs. Torres waits a beat. “We did that last night.”

“My sister’s Puerto Rican, and I’m Domino-Rican. Do we have any Latinos in the house tonight?”

The audience members look around. No hands go up. They laugh as Torres pretends to put the microphone down and sneak off stage.

The theater explodes with laughter.

“Down south, this is where you can find the real thugs. It’s the bugs. Like, in Florida, they call the roach the ‘palmetto bug.’ They should call it the ‘protector’ because you could put a leash on one, take it for a walk and nobody’s going to approach you.”

Torres hears him and nods knowingly. She keeps going.

“Right now, I’m single, bilingual and ready to mingle. … Single down here is hard. … I do stand-up comedy, and that’s why I’m still single. Nobody approaches me. They think I’m going to make fun of their pee-pee. Which I do.”

The audience roars. They haven’t stopped laughing through her whole set. The people in the theater are rapt, watching her, elbowing their neighbors, slapping their knees. One woman dabs at her eyes with a tissue, laughing so hard she’s crying. Torres reaches the end of her set.

“That’s my time,” she says. She raises her arm to the audience in a wave and takes a small bow. “You’ve been so good.” 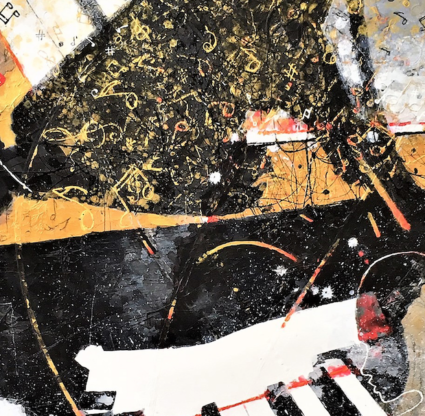 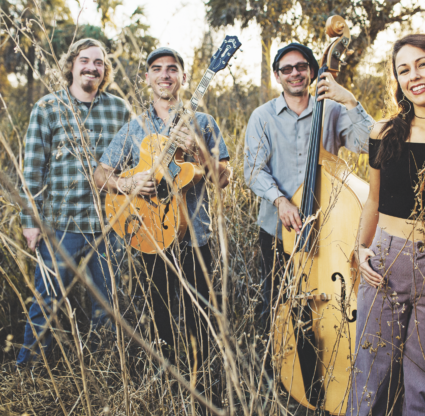