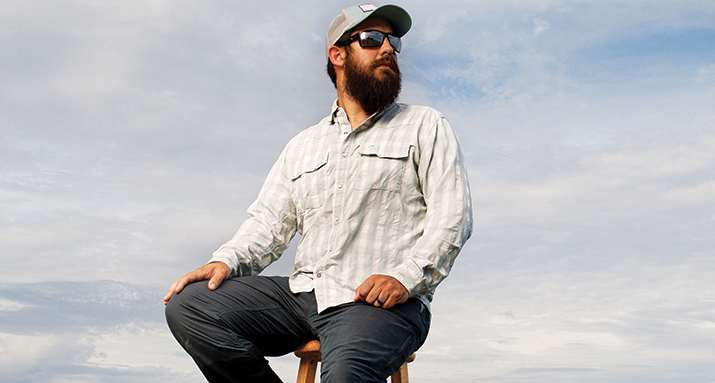 Three years ago, fishing guide Capt. Daniel Andrews watched the water turn brown, the fish flee and the tourists cancel their trips. It was an uncharacteristically wet winter,  and the Gulf was suffering a freshwater assault from rainwater and, more critically, from Lake Okeechobee overflow gushing down the Caloosahatchee River. It was the last straw for him. “The oyster bars and grass flats I grew up fishing as a kid in the mouth of the Caloosahatchee River are gone. It’s mud now. Lifeless.”

He and a fellow guide, Chris Whitman, decided to speak out against the water management practices hurting the Gulf—and all those who rely on it for their livelihoods. “We were pretty naive at the time thinking we could write a couple of letters and someone would fix it.”

That’s not how politics work, and Andrews quickly realized it. He and Whitman formed Captains for Clean Water, an advocacy group that in its three short years has become a leading voice for Everglades restoration and water management reforms, counting some 140,000 social media followers, 4,000 donors and tens of thousands of people who respond to its calls for action. “It seems like there’s a never-ending list of people who want to get more involved,” Andrews says.