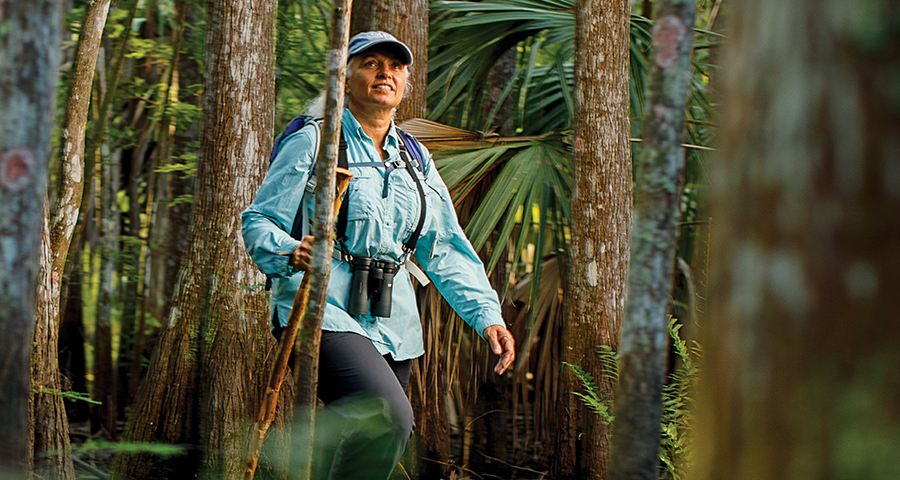 Brenda Brooks grew up a city girl, became a hairdresser, but longed to go to college. She found her way to campus at age 37 and flung herself into a long-held interest: science.

“I did not grow up connected to the environment,” she confesses. “I think the closest thing to nature I had when I was a kid would have been a squirrel in a city park, but I was just drawn to science—and to the outdoors. That’s my happy place.”

CREW, which she has led since 2008, is Southwest Florida’s largest intact watershed, with 60,000 acres straddling Lee and Collier counties.

Under her leadership, CREW and its partners focus on opening up the land to the public through an expanding network of trails. The most recent, at Flint Pen Strand in Bonita, was completed last November.