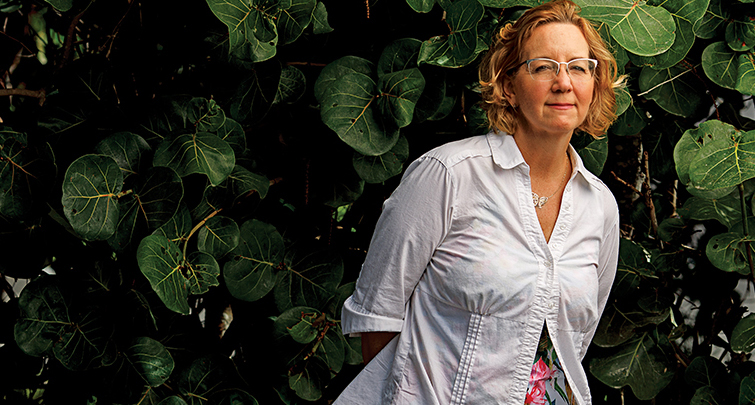 Megan Kissinger was raised in the Perdido Bay area along the original Bartram Trail, named for famed 18th-century naturalist William Bartram—a rather cosmic coincidence that produced a kid who loved the outdoors and chronicling nature through art.

Today, Kissinger’s acrylic paintings feature the flora and fauna of Florida and the
Southeast. She says her pieces are somewhere between a landscape and a portrait of animals: “What I really want to do is put those two together and say, ‘Why is this landscape important to this animal? Why is this animal a part of that landscape?’”

The Fort Myers resident is a member of Artists for Conservation, an international group that uses art to promote environmental causes. Through them, she pledges a percentage of her art sales to conservation groups and is among the AFC members contributing to Silent Skies, a mural depicting the world’s 678 endangered bird species—a sobering thing to stand before and reflect on.

She hopes her artwork spurs viewers to think about the connectedness of life—and what’s at stake. “It seems like, ‘Oh, that’s a problem we can solve later,’ but eventually those problems will be on our doorstep,” she says. “I try to just show people beauty so they know what it is they should be fighting for.”