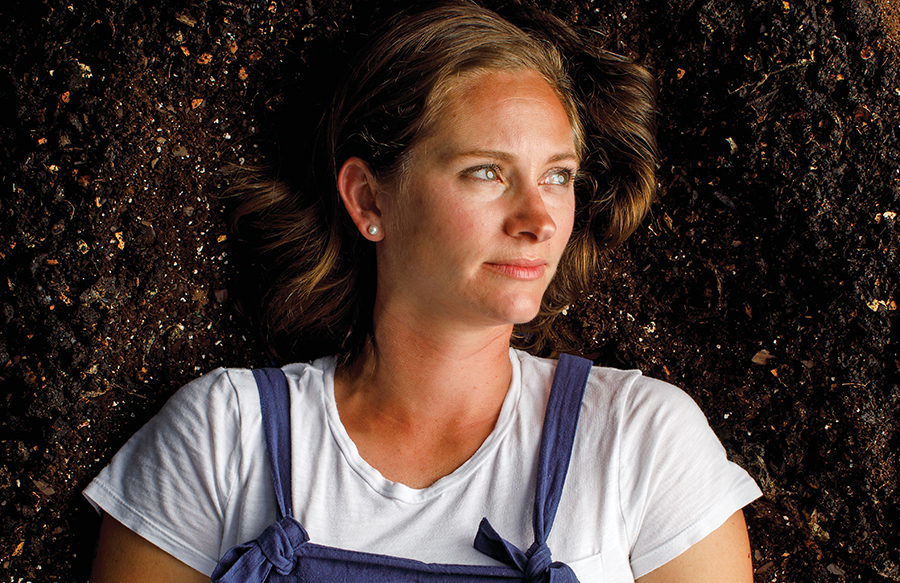 There’s something about the composting fad that strikes Hannah Rinaldi as odd.

“It seems like composting is a buzz word, the hot thing. You go to all these restaurants and they have compostable cups and compostable straws. Everybody wants to do it but nobody was actually picking up compost.”

On Earth Day 2018, she and her husband, Tom, launched Naples Compost, a company focused on picking up and recycling household food waste and educating the public about the whys and hows of turning food scraps into dirt.

It’s easier—and less stinky—than you think, she promises. “If you’re composting correctly, it should just smell like the earth,” she says. That’s because air is circulating through it, unlike food waste in plastic bags. And trapped food contributes to a bigger problem.

“Right now everybody is talking about carbon emissions and what can we do to reduce our carbon emissions. We seem to forget about all the other greenhouse gases,” she says, explaining that methane is more potent than carbon dioxide and much of it comes from landfills.

“It just seems silly that we’re putting something into a plastic bag just to create a gas when it can be recycled fairly easily in somebody’s backyard.”