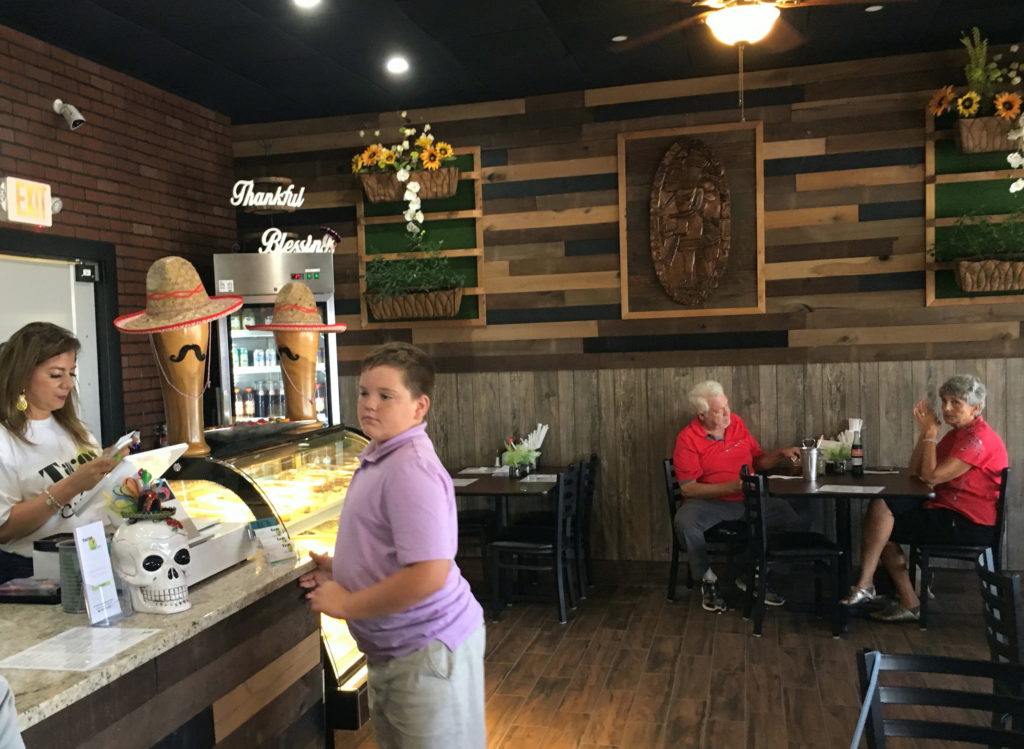 I’ve been known to travel great distances for good ceviche. As far as Peru, as a matter of fact: It’s considered the birthplace of this triumph of seafood at its simplest, best.

This time, I traveled only as far as the Estero area, where two new ceviche spots have opened in past months. From the masterminds behind El Gaucho Inca, a fusion of Central and South American cuisines in Fort Myers, Tacos y Ceviches puts a Peruvian spin on Mexican. Or is it a Mexican spin on Peruvian? No matter, because truthfully, Mexico first introduced me to ceviche.

The ceviche à la Mexicana comes with tomato and avocado, the menu says. And cilantro, I suspect, but I’ll find that out when I order it on next visit. That or the ceviche tostado. Tacos y Ceviches feeds a brisk takeout clientele speaking Spanish and English. The seven tables – set among its simple but tasteful wood-and-skull décor – keep occupied breakfast through lunch.

A totally different vibe rules at The Llama’s House in Miromar Outlets – much larger, more mainstream and focused upon an indoor-outdoor bar scene where pisco sours – the national tipple of Peru – flow freely.

But let’s talk ceviche. I was tempted by the day’s special: all-you-can-eat ceviche in any and all flavors – the menu lists five — for $24.99.

Instead, I settled on the house ceviche, which differentiates itself from the traditional on the menu with the tang of passionfruit juice. You choose the degree of heat. I, knowing Peruvian food to be less than fiery, went for the hottest. And it WAS spicy! So unless you’re a chili-head like me, think twice about that.

Like Tacos y Ceviches’ rendition, it had garnishes of sweet potato and corn, but the raw fish in this one was the more tender of the two. Other varieties add peanut sauce, avocado or mango. The $23.99 ceviche sampler allows you to taste three different styles.

The rest of the extensive menu does traditional Peruvian favorites like lomo saltado and chaufa plus Americano bar food such as burgers and wings.

I left The Llamas House in a state of ceviche zen or, as the sign in the ladies’ room says: llamaste.