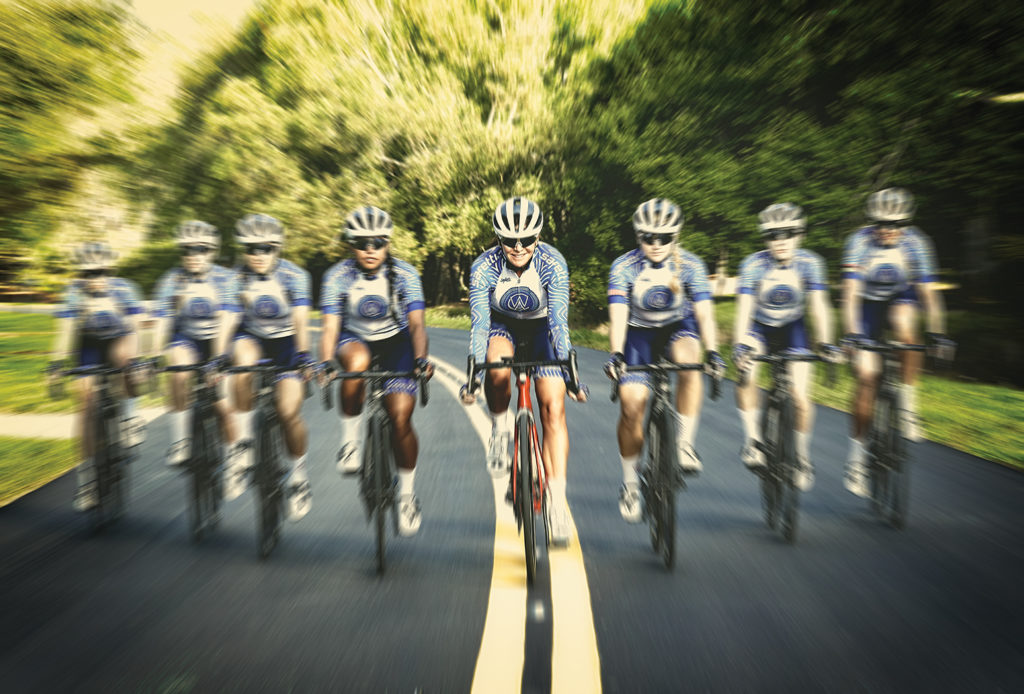 Tish Kelly organized this interview from the seat of her bike. But as an adamant road-rule advocate, it’s imperative to know that it was done while her co-rider was changing a flat tire. Kelly is training for 72 Hours to Key West, a 280-mile, three-day bike ride that runs from Fort Myers to the Florida’s Southernmost Point. The ride benefits two nonprofits: Tiny Hands Foundation and Starting Right, Now. 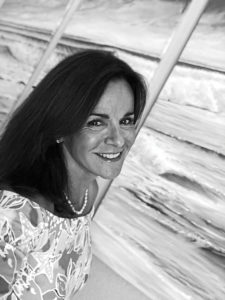 The 59-year-old cyclist gets goosebumps when she hears about the kids that benefit from the ride. “At 110 miles in, maybe you’re hallucinating, you start to think about why you’re doing this,” she says. “And, you realize what you’re riding for.” In those moments, she thinks back to the stories of the dozens of homeless kids that the organizations have been able to take off the streets.

Kelly isn’t new to cycling. She typically clocks in 10 to 14 hours on the bike every week, pedaling 200 to 300 miles. For a ride like the one to Key West, she’ll tack on an extra 100-mile ride per week for the two months leading up to the event. “It all depends on how much you want to suffer out there,” she says. “If you train more, you have more fun; if you don’t train, it’s going to be really hard.”

To gear up for the ride, she’ll bike from Naples to Sanibel and Captiva—about 100 miles. Or, she might go from Naples to Ava Maria, Marco or the Fort Myers airport. Those rides typically end at a coffee shop or with pizza and beer. “Basically, you eat something and then take a big nap,” she laughs.

A major supporter of nonprofits in Southwest Florida, Kelly often attends dozens of fundraisers throughout the season. She’s also raised tons of money through cycling, participating in rides for Boys & Girls Club of Greater Lee County and the Naples Pathways Coalition, among others. For 10 years, Kelly was the chairman of the Naples Equestrian Challenge (now the Naples Therapeutic Riding Center), and she was instrumental in bringing the center to where it is now. “I have been here a long time, so I have raised millions and volunteered for various charities in Naples.” It’s only natural that she’d jump at the chance to do the Key West ride. 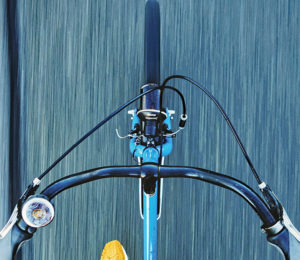 Races, rides and other fitness events such as this one are created to inspire amateur and pro athletes to sweat it out in the name of charity. Participants typically pay an entry fee and lobby friends and family to pledge funds to the cause. For the Key West ride, cyclists have to raise at least $700.

She admits this particular route is for avid cyclists who can pedal at about 20 miles an hour. When she participated last year, the first day was met with a brutal east wind that forced her and her riding partner to stop. But what unfolded was magical. “We came upon a cove with giant alligators and Spanish moss,” she says. “The sunlight hits the scene in a way that a photograph could never capture.” At the end of the day, they rode along as the sun set over a sea of
sawgrass. “It was like Everglades Narnia,” she says.

Kelly was drawn to the idea of riding down U.S. 41 on a bike. “I’d never done that before,” she says. The ride journeys through Marathon before parading into Key West at night. “That whole area is pretty much frozen in time,” she says. “It’s Old Florida, authentic Florida.” The group dead-ends at the Southernmost Point Buoy.

Last year, Kelly was the highest fundraiser earning $5,000 for the charities. The race raised its most money to date—$40,000 total. Now, she is a ring leader for the race. She tells people it’s the most fun course she’s done.

That’s saying something. Kelly has been biking for 12 years and has put in a serious amount of time in the seat.

Though the avid cyclist now logs anywhere from 9,000 to 12,000 miles a year, she didn’t come into cycling until she was 47. After playing tennis most of her life, the Buffalo native was diagnosed with four bulging discs and told she’d have to stop playing. She started cycling and took to the sport fast. Twelve years later, she’s in the best shape of her life and the bulging discs have disappeared.  She’s also having a great time. “Once you start, you’re hooked,” she says.

Beyond her charity rides, Kelly owns and manages CWA Racing, a female pro-racing team based in Naples and sponsored by TREK. She also rides with Naples Velo Bicycle Club, a wildly active group. Its members often lead multiple rides a day. “Women think they can’t do this kind of long-distance biking,” she says. “I say, you can do it. Get on your bike and pedal. Spend some time in the seat and before you know it you’ll be on one of these rides.”

Though it’s a newer event, 72 Hours to Key West is already picking up steam. This year is almost sold out thanks to spokespeople like her. “It started small and was kept among friends, until big mouths like me got a hold of it,” she jokes.

By early August, she’s already starting to fundraise for the November ride. She’ll post photos of herself training on Instagram and Facebook to encourage friends and family to give.

“I really brought it last year,” she says. That just means she’ll have to work twice as hard to best herself.

Registration fee: From $289, plus a $700 fundraising minimum

How you can help: Even if you don’t ride, you can support Kelly and the other riders’ efforts by donating at 72hourstokeywest.com.