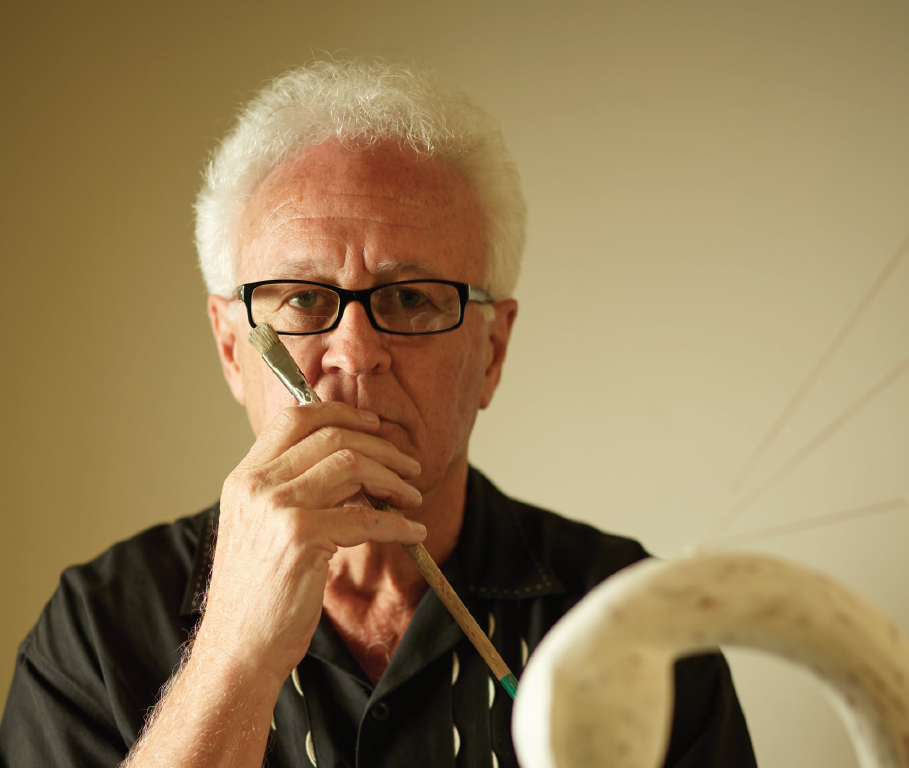 On a Thursday morning, John Carroll Long is doctoring pieces he calls “Passive” and “Aggressive” at his studio one block off of Fifth Avenue in Naples. The two separate sculptures have little meaning when they’re apart. Both carved in wood and painted black, one has spikes and the other has curves and wheels. “When they confront each other, where do they go from there?” Long asks.

Long works on about 12 pieces at once. He has 21 different artistic styles (last time he counted) and lives by these mantras: eliminate limitations and if it’s been done before, don’t bother. He prides himself as a renaissance man, but despite his best efforts to constantly evolve, Long’s work is identifiable. His sculptures, both obscure and whimsical, often take familiar objects—a tricycle, a chair, a hanger—and place them in extraneous contexts. For example, a stop sign that has sprouted tree roots at the end of its metal pole.

His art can be serious or silly—every project starts with a humorous idea, like Mickey Mouse without his “makeup” on, or a statement about sensitive topics he’s unafraid to touch—“like bigotry, like sexism, like greed, like religion, like philosophy.” Once the concept is in place, Long asks himself what medium—or mixed mediums—he can use to best communicate his message.

“I combine almost all media together and it’s really irrelevant to me whether 2D, 3D or 2.5D,” he says. “Drawing, painting, sculpting, printmaking; it doesn’t really matter to me, it’s just whatever I need to say what I need to say.”

In regard to today’s project, Long chose sculpture, a medium the 69-year-old didn’t dabble in until his wife, Andrea Clark Brown, an award-winning architect, challenged him to push boundaries.

“He’s a serious guy with a lot to say, even if his artwork can often be seen to have a humorous understory,” Clark Brown says. “People recognize the truth in humor and his message resonates as a result.”

When he gets pegged for having one style, he tends to pivot toward something else. He’s penned and illustrated a few books, and he’s gotten into writing poetry to explain his artworks, posting the words next to displays at museum shows.

For something to bite into, in December Long reopened his gallery, which had been closed for two years due to hurricane damage. On display will be pieces, like “Passive” and “Aggressive,” that Long hopes will provoke thoughts—and maybe some chuckles. 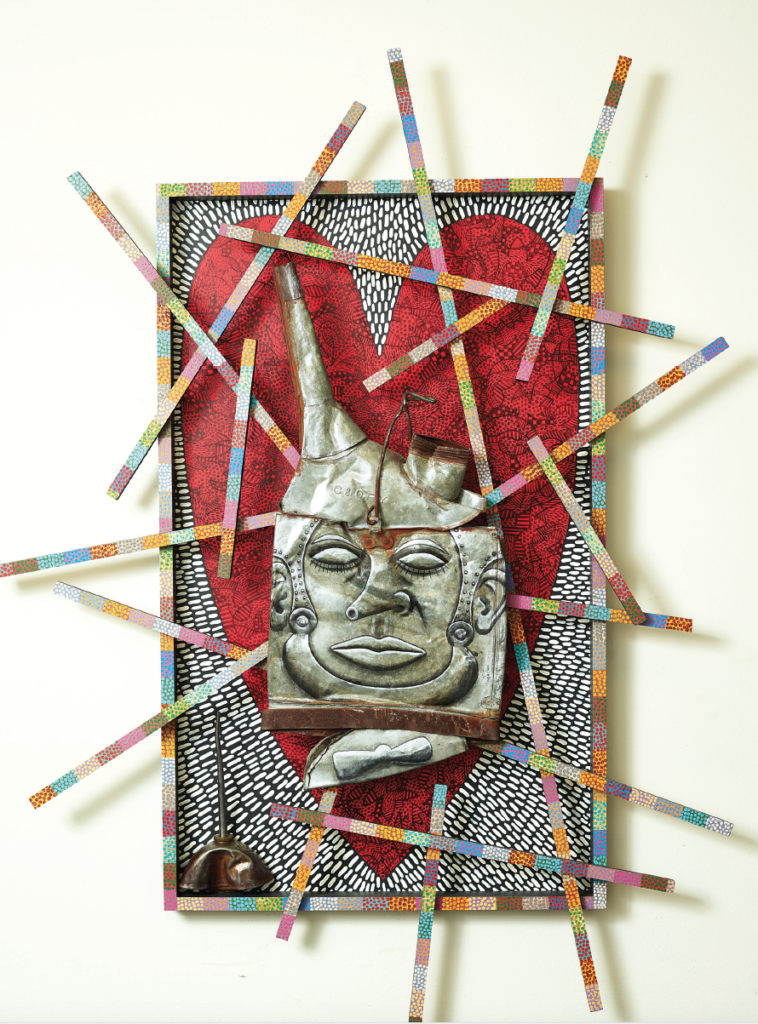 When artist John Carroll Long first started building a reputation in Naples a decade ago, everyone knew him for his found-object sculpture work, for which he uses items that don’t necessarily have commonalities, but when he arranges them together, they seem to come to life. “I got tired of people saying, ‘You’re the guy that puts a bunch of junk together,’” he says. “I really hate it. I hate to be labeled.” With all the mediums he works in, there’s no danger of that.