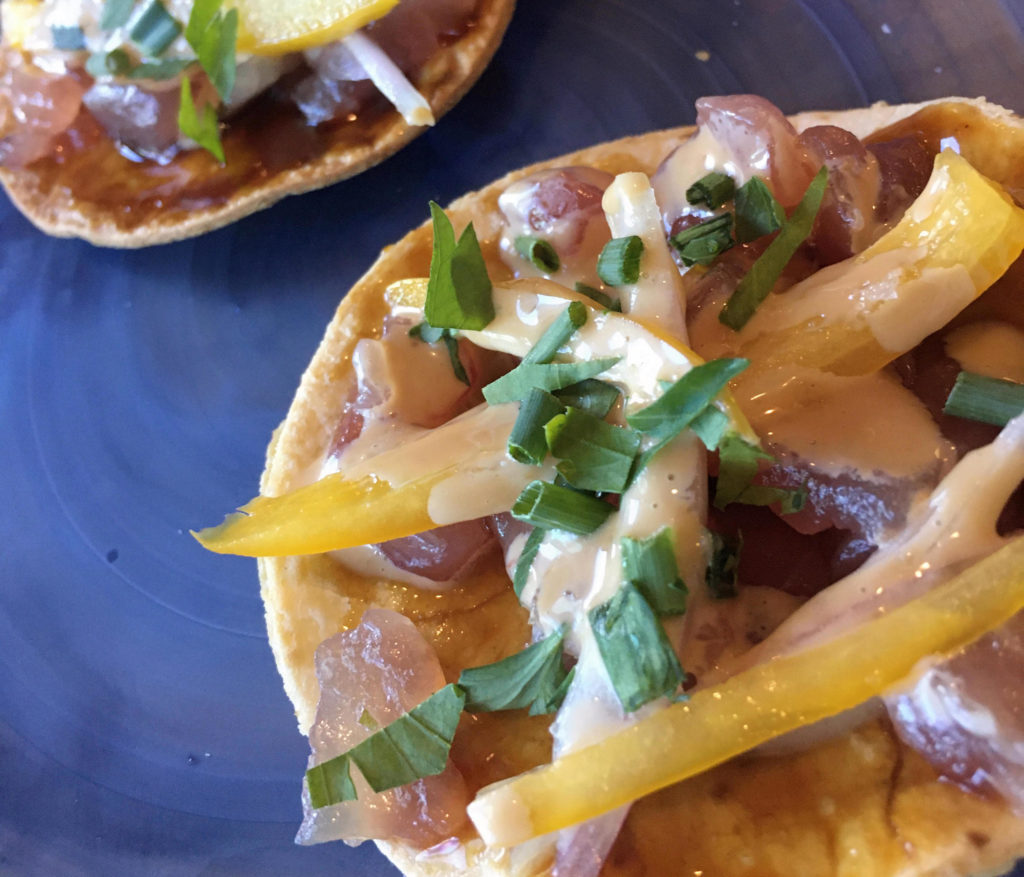 Tuna tostadas with peppers and ponzu

Who didn’t sob a little when Cru and its chef-owner Bob Boye exited Bell Tower Shops?

Well, now it’s time to cheer, because he’s just across the street with a fresh concept that smartly showcases his flair for small plates and rule-bending. In the former Mad Bistro space, Liberty – Culinary Workshop invents its own genre of eatery in a sliver of space with full view of kitchen goings-on.

You can sit at the gleaming stainless counter for full-on interaction with those preparing your food. Because we were three, we opted for one of its handful of booths.

It calls itself a “wine parlor,” but its menu of craft beers is equally impressive, so we started with a Talley Chardonnay (California Central Coast) and a couple of new-to-us IPAs – Captain Lawrence Hop Commander from New York State and Crooked Stave from Colorado.

Then we proceeded to narrow down the ever-changing 12-item plates menu for a well-rounded sampling. We tasted New York strip tartare with pureed deviled egg, tuna tostadas, potato-less gnocchi gouda, baby potatoes sautéed in truffle oil, short ribs mole-style with pickled shallots, scallops with caramel. And when we thought we couldn’t eat another bite, we easily and happily enough fell victim to goat cheesecake.