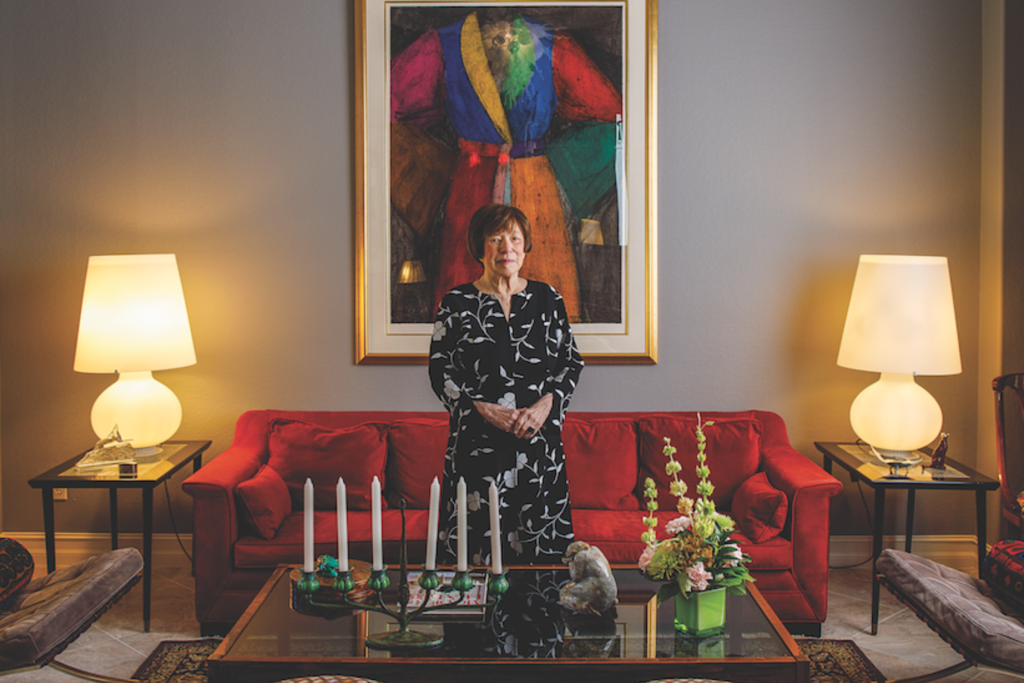 It was my husband Dan’s idea to move to Southwest Florida. He’d been smitten with the region ever since we came down for a national sales meeting in 1971 and he discovered snook fishing off the coast of Marco Island. Eight years later, he convinced me to leave behind my career in advertising and move here from Chicago. I was a reluctant recruit at first but quickly grew to love the area.

Retirement did not go as we had planned, though. Not long after we moved to Marco, Dan became ill. He died in 1983. For a while, I considered returning to Chicago. Without Dan, I didn’t want to be retired. I remember going for walks on the beach and thinking, ‘What can I do with myself now? What can I give to this community? ’

What I missed most about Chicago were the cultural opportunities that fed my soul—the steady diet of music, art, theater, dance and opera. Southwest Florida was a land of many wonders, but it didn’t yet have a thriving arts environment. What it did have, I soon found, was a strong and sophisticated hunger for the arts.

Shortly before my husband died, I went to hear a local chamber orchestra. Afterward, I offered to help them develop a fundraising program. At first, we just paged through the phone book and cold-called people, telling them we were building an orchestra and asking if they’d join us. The response was overwhelming. We met our first fundraising goal of $100,000 in less than a week.

One of my early calls was to a woman named Frances Hayes. I did not realize that her middle name was Pew or that her father had co-founded the Pew Charitable Trusts. We had a nice chat. She was supportive of our little venture but at the end of the call regretted that she could ‘only give 25.’  When I went to pick up her check, it was, to my surprise, written out for $25,000.

Our initial goal was simply to create a fund to support the orchestra. But that soon changed to building an arts center that would house the orchestra and serve Southwest Florida for decades to come.

Frances Pew Hayes became one of our important early supporters. But also important was the little boy who gave $1.29 (his life savings at the time) and the woman who rode up on her bicycle and pledged $10 a month from her social security check—along with many thousands of others who gave to the project.

Opening in 1989, the Philharmonic Center for the Arts (now Artis—Naples) brought world-class performers such as Itzhak Perlman, Rudolf Nureyev and Frederica von Stade to Naples. But we also offered free children’s programs, workshops and master classes. We took art and music into area schools, churches and temples. We featured work by Picasso, Rauschenberg and Chihuly, as well as art by local students, in our galleries.

As the only cultural complex of our size to combine the visual and performing arts, we were a little different. But that was okay.

This community was a little different, too.

What made it work was that we built it together (almost entirely through private donations). We were not just a stop for touring entertainers or a private arts club for the wealthy. We wanted the arts to be an adventure that everyone shared. Our invitation was: ‘Be inspired.’

We also left room for the future, as the region was rapidly growing and diversifying. In 1999, the Naples Museum of Art (now The Baker Museum) was added to our campus.

Over the years, many other first-rate arts organizations and venues have taken root in this once-sleepy corner of Florida. Naples is now a nationally recognized arts destination, named Best Small Arts Town in America in 2005 by author and art critic John Villani.

As we look ahead, it’s important that we not lose sight of how we got here. We should not forget that our responsibility as arts leaders is to provide what the community wants and needs, not just what we want. And we should always remember that the arts have something for everyone, including our children. To me, one of the most beautiful sights is the look of wonder in children’s eyes when they experience classical music or dance for the first time. The future of the arts is in their little hands.

‘Something wonderful has happened.’ Those were the words we said on opening night in 1989. Thirty years later, some wonderful things are still happening in Naples. Thank you to everyone who has supported the arts over the years. Let’s continue to build on our history and keep this a truly special home for the arts. —Myra Janco Daniels