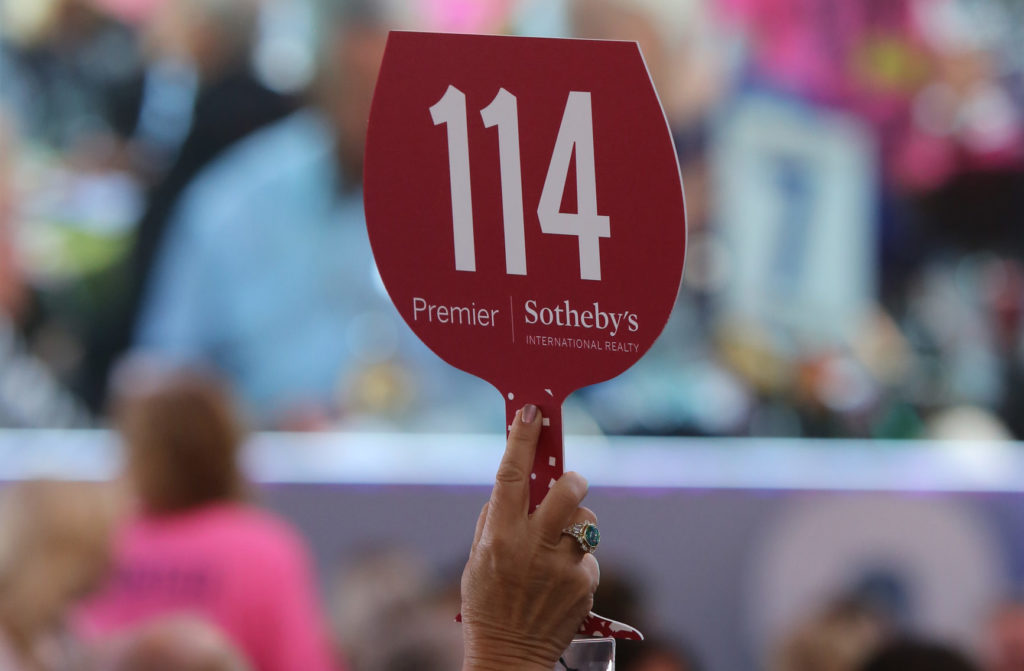 Photo by Eric Strachan
Knowing the reputation of the Naples Winter Wine Festival, it’s no surprise its online auction is a treasure trove of incredible wines, immersive travel, and local experiences on the Paradise Coast that would make anyone swoon. It got its start several years ago when the organizers of the elite festival that only usually has space for around 650 or so guests were thinking of a way to let anyone participate. And there’s good reason to—every penny of the funds raised goes directly to helping children in Collier County, as the group’s Naples Children & Education Foundation distribute grants to more than 40 local charities and spearheads initiatives that fill in any gaps in services. Bidding has been open since before the festival started on January 24, and the last pledges can be made up until Tuesday, January 28, at 5 p.m. EST. (Speaking of which, you don’t need to bid on anything to make a difference; there are links to donate amounts starting at just $50 to this year’s fund-a-need titled Fund the Future, which will equally support all seven of the NCEF’s strategic initiatives.) Click here to peruse the catalog or just go ahead and register at nwwfonlineauction.com to splurge on a Burgundy barge cruise (currently at $5,500), a private dinner and concert from country star James Otto on Keewaydin (at $6,000), or a package of University of Florida football tickets, parking and accommodations (now at a shockingly modest $500). Because, remember, it’
Subscribe Now and unlock unlimited digital access.
Already a subscriber? Sign In.
Directories