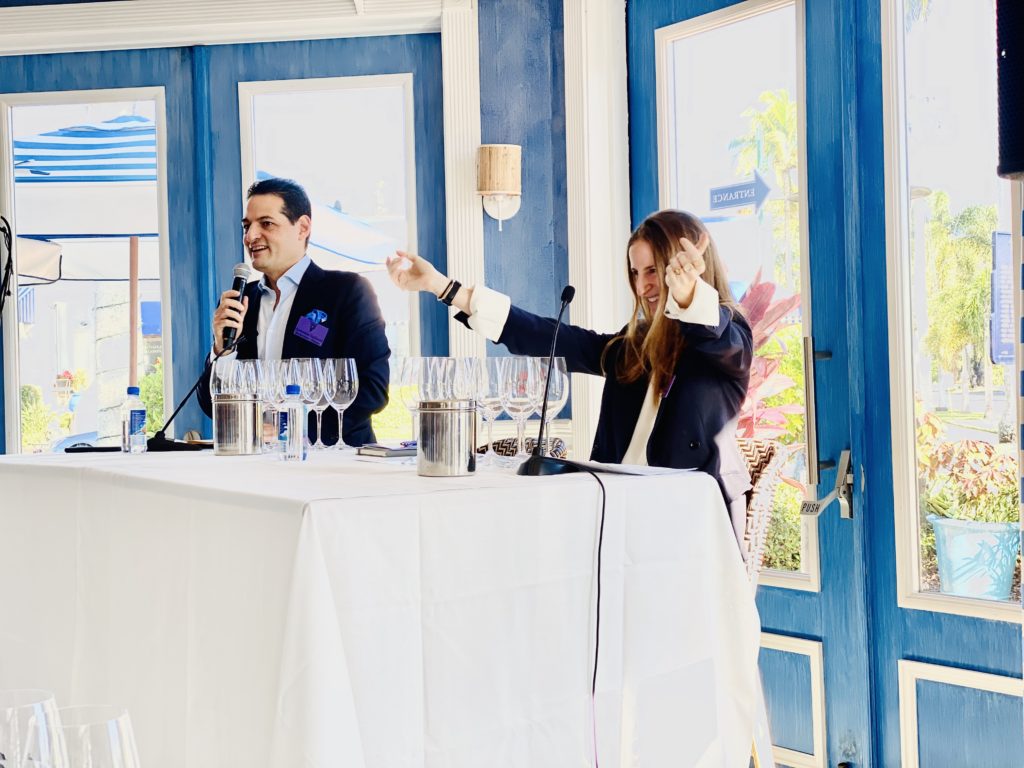 The 2020 Vintage Cellar tasting seminar and luncheon at Bleu Provence on January 23 (that led into the 20th annual Naples Winter Wine Festival) brought together two titans of the wine world: Saskia de Rothschild, the 32-year-old wunderkind who runs her family’s historic First Growth estate in Bordeaux plus their wider global empire Domaines Barons de Rothschild (Lafite) and Antonio Galloni, the next Robert Parker and founder and curator of the modern online wine portal Vinous. Together they stepped a small group of aficionados through 10 vintages of the premier Château Lafite Rothschild and its sister Château L’Évangile. Even though the rapt audience had an almost encyclopedic grasp of the subject at hand, there were still a few surprises.

1. Sometimes too much of a good thing can be too much.

If you’ve ever heard an expert espouse the virtues of popping open a really old bottle of a First Growth wine like Lafite, they often compare it to a book—as you drink the wine over a few hours, it changes and unfolds like the arc of a story. But when someone asked how long before drinking it you should put it in a decanter, both Galloni and de Rothschild agreed the older the wine, the less time it should sit. For a younger vintage—one that’s only about 10 years old—you could decant it two hours before drinking it, but they usually put older ones in just about half an hour before drinking it. The reason? If you wait too long, you miss those prime hours that it opens up—hence you miss “the story.”

2. Double decanting works just as well (or better) for an older bottle.

Most of us would think pouring a 40-year-old wine in a decanter and then back into a bottle using a funnel would be too harsh for a living, breathing thing like fermented grapes, but de Rothschild said that’s what they exclusively do at her estate. The wine can take it (sloshing isn’t an issue with a deft touch), and the wine arguably opens up better. Plus, it looks cool to have it in the original bottle for everyone to marvel. 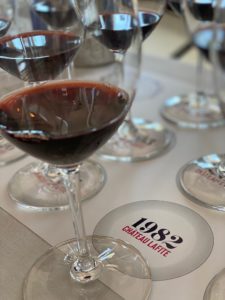 De Rothschild hand-selected each of the wines for the tasting, and aside from the four that are unequivocally considered to be all-stars (1996, 1985, 1982, 1975), the rest were meant to highlight the effects of hotter, drier summers. There were audible gasps when she said the past decade was without a doubt the hottest on record in Bordeaux—and she can back that up with the hundreds of documents that she has dug up from her cellar’s vast archives detailing weather and soil conditions dating back centuries as she’s writing a book on it.

4. But advances in viticulture and agriculture can help.

Back in the day, like in 1982, part of why a vintage would become the stuff of legend was because the year-to-year was more inconsistent—they didn’t even sort the grapes during the harvest! Now, with such advances in technology for the actual farming and how the finished product is created, those developments can mitigate the encroaching effects of a warming planet.

5. That being said, there still are some great years.

It might not be the same as a lucky harvest four decades ago when women in the fields would smother their faces with crushed grapes in ecstasy. But one thing you could do is if a year is generally agreed upon to be a home run—such as 2018—you can buy bottles as soon as they’re released and age them at home. It would sure beat waiting 15 years and then trying to get your hands on some when most have already been sold and auction prices and going nowhere but up.

6. Keep calm—but then don’t hesitate to drink up!

With finer wines, it is true they do need to age. De Rothschild joked that it felt like “a crime” to pop open the 2010 Lafite. However, once a bottle reaches its peak, she and Galloni agreed the ensuing years are a plateau—the longer you wait, the wine won’t get incrementally better. So go ahead and enjoy once it’s in its prime.