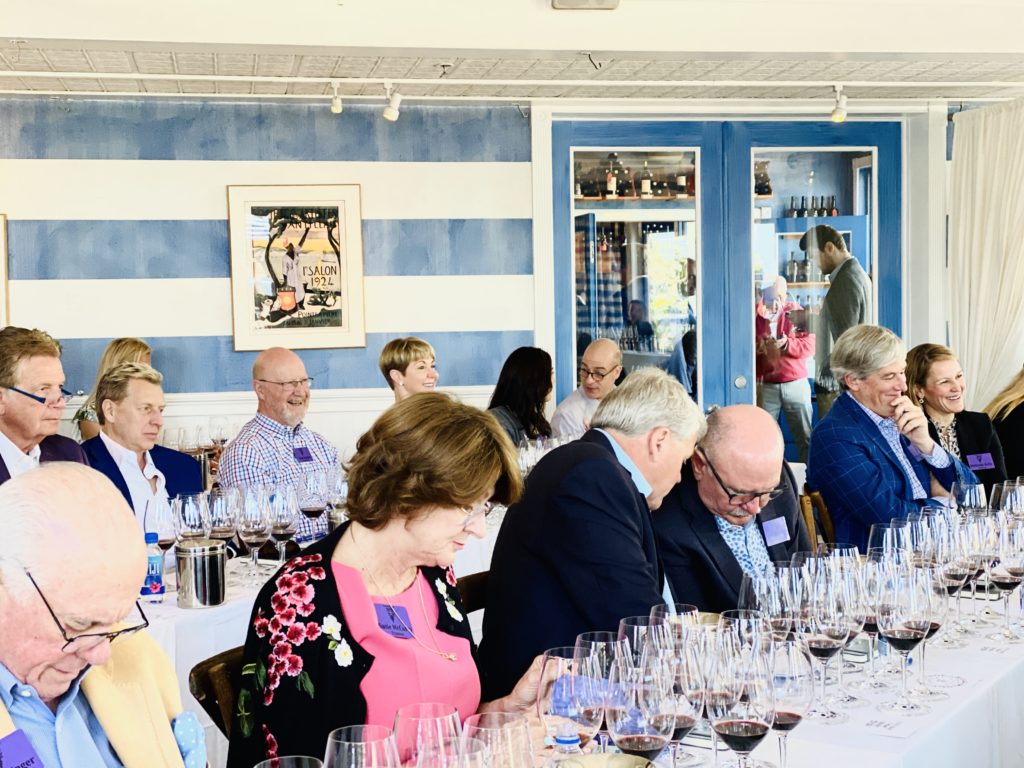 Photography courtesy of Dorothea Hunter Sonne
1996, 1985, 1982, 1975. They weren’t lottery numbers in the traditional sense, but everyone who looked down at their tasting mats in the front room of Bleu Provence on Thursday, January 23, knew they had hit the proverbial jackpot. Big time. While the Naples Winter Wine Festival always kicks off on a Friday with Meet the Kids Day, the Vintage Cellar, an optional event with separate tickets but organized by the festival’s leaders, has emerged in the recent past as the unofficial kickoff. It’s a studious, almost hallowed two-hour tasting followed by a three-course lunch with even more pairings. It’s aimed at the most serious of oenophiles—those who feel compelled to dive deep into the subtle differences between, say, Bordeaux blends with heavier concentrations of Cabernet Sauvignon versus Merlot. For the thirty or so guests who made attending the 2020 event a priority, being there was a no brainer. It was the chance to meet an icon in the field—Saskia de Rothschild, the youngest person to lead a First Growth estate (she’s 32) and the first woman to helm her family’s Domaines Barons de Rothschild, too—and to taste her prized Château Lafite vintages that even money often can’t buy (one bottle alone could fetch upwards of $10,000 at auction depending on how the supply and demand curve looks for that particular vintage). She hand-selected the bottles and aside from picking some mythic vintages like those four mentioned at the beginning of this article
Subscribe Now and unlock unlimited digital access.
Already a subscriber? Sign In.
Directories