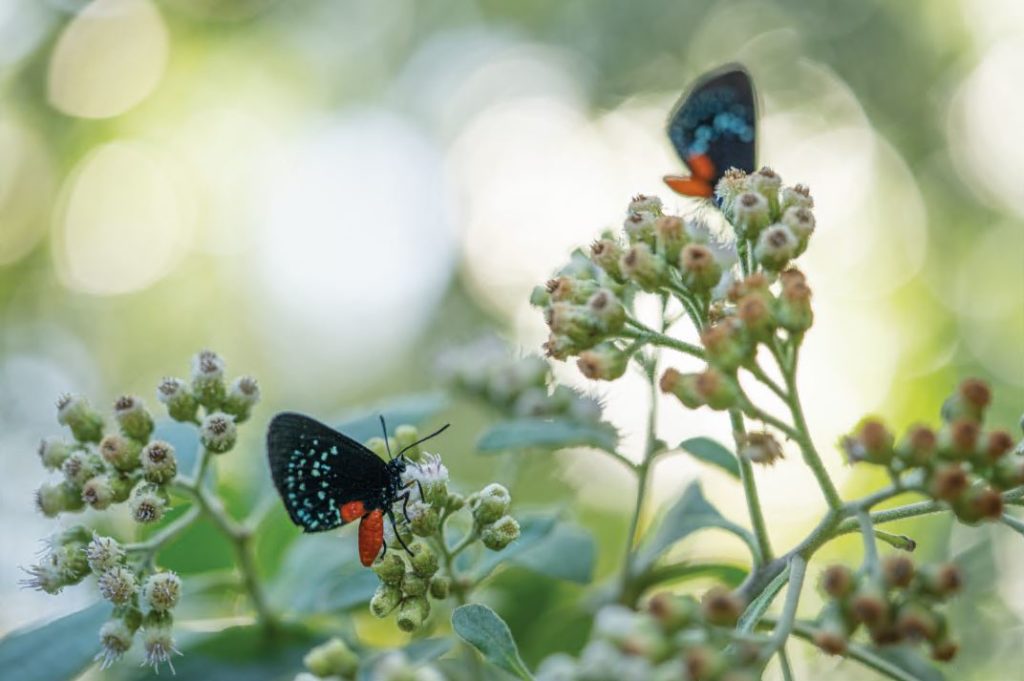 When I think about paramount outdoor experiences in this area, my mind flashes to the time I jumped over an alligator. The languid reptile—easily 8 feet long—was sunning itself in the middle of the path on one of the CREW Marsh Trails. My friend went first. I followed, taking a running leap over its scaly back. The gator didn’t even open its eyes.

That day, we went on to spot myriad natural wonders: a red-shouldered hawk perched in the branches of a long-leafed pine, screeching, while the other birds— woodpeckers, warblers, gnatcatchers—had fallen silent. At one point, I stooped to pick up the shell of a slider turtle lodged in the mud. It was empty and smaller than my hand. As I knelt in the trail I noticed a balled-up piece of fur, orangish in color. My friend and I stared at each other, the same thought occurring to both of us. “Panther,” we said.

Moments like these are hallmark experiences in Collier County, where much of the land is still untouched by development and locals remain committed to preservation. In recent years, Lee has also seen gains in green space thanks to efforts like Conservation 20/20. In February, the county celebrated reaching 30,000 preservation acres acquired through the program, with a monthlong celebration.

At the heart of all this lies an ecologically minded community that values our natural environment. Though many groups have played a big part in local conservation, much of what we see today started with the Conservancy of Southwest Florida more than 50 years ago.

You can’t tell the story of the Conservancy or the impact it’s had without first talking about Rookery Bay. Covering 40% of Collier’s coastline, the reserve includes one of the few remaining undeveloped mangrove estuaries in the United States. Here, freshwater meets the Gulf and forms a one-of-a-kind habitat for invertebrates, crustaceans, juvenile fish and more than 150 species of birds. Pine flatwoods, hardwood hammocks, mangrove forests and a swathe of open water come together to create this biologically diverse estuary. But the area once had a different destiny.

In the 1960s, a group of developers set its sights on a chain of barrier islands that ran from Naples to Marco Island. Commissioners were set to approve plans for a road which would begin at the end of what is now Bayshore Drive, travel the western edge of Keewaydin Island and connect Holloway, Cannon and Johnson Islands before returning to the mainland. Once completed, the islands would be open for development. High-rise condos would wipe out the pristine ecosystem.

When word about the project reached the then-tiny community of Naples, a vocal cohort united to stop the so-called “Road to Nowhere.” The group, led by Dellora and Lester Norris, collected more than 2,000 signatures. On the day of the hearing, George Vega, an attorney with the activist group, unrolled the 50-foot-long petition down the center of the room and over the commissioners’ desk to drive home the point. The group was able to stall the vote and quickly created the Collier County Conservancy to start buying the land and protect it from future development. In doing so, they also established a culture of engaged citizenry that would step up for the environment. In 1971, when funds were needed to acquire the land that would encircle the estuary, thousands of Collier County kids raised $600,000 through penny drives.

Today, the Rookery Bay National Estuarine Research Reserve is managed by the Florida Department of Environmental Protection in partnership with the National Oceanic Atmospheric Administration and Florida International University. It’s the largest research estuary in the country, with a focus on education, conservation and training. Almost 30,000 sea turtle hatchlings have emerged from its sea turtle program. Its acoustic monitoring research has helped scientists understand shark behavior in relation to environmental change. Drop by Rookery Bay’s headquarters, between Naples and Marco Island, on a weekday and you’ll see a steady stream of visitors—tour groups, homeschoolers, young children with grandparents—passing through the Environmental Learning Center. Children ooh and aah while peering into estuary tanks filled with redfish and black drum. Those experiences are what Rookery Bay and the Conservancy are after. “We have to connect people with nature,” says Conservancy president and CEO, Rob Moher, who has been at the helm since 2013. “When they connect, they fall in love. And when they fall in love, they protect it.”

The Conservancy has its own 21-acre campus that includes the von Arx Wildlife Hospital, where veterinary staff tend to injured animals, as well as a nature center that’s open to the public.

Here, like at Rookery Bay, adults and children are exposed to the wonders of the natural world through touch tanks, wildlife demonstrations and lectures. Moher estimates that the Conservancy has reached tens of thousands of people, both at the nature center and in places like the Fakahatchee Strand, where the group leads guided swamp walks.

Education is at the forefront, but locals point to another strong area of impact. “The Conservancy is the reason this place doesn’t look like Miami Beach,” says Naples resident Maureen Lerner, who chaired the organization’s second Magic Under the Mangroves fundraiser. Since stopping the “Road to Nowhere,” the Conservancy has continued to set the tone for development in Southwest Florida by advocating for environmental policies that take into account the needs of a growing community. “It doesn’t just go charging out against every blanket thing that would involve growth. That would not be reasonable,” says Tom Campbell, a Conservancy board member who first came to Naples in the 1950s. Instead, the group uses science to justify its advocacy. When Pelican Bay was being built in the 1970s, for instance, the Conservancy’s scientists were able to convince developers to preserve the property’s stretch of mangroves and tidal zone that fronted the Gulf. Today, this natural berm is one of Pelican Bay’s biggest selling points.

By sticking up for environmental causes and demanding that land be set aside for preservation, the Conservancy has protected the very thing that keeps developers in business—the area’s natural beauty and the quality of life it provides. Its fingerprint isn’t limited to Collier County, either. The group has been involved in projects up and down the coast, including communities along Corkscrew Road in Lee and the eco-community of Babcock Ranch in Charlotte, as well as Everglades restoration efforts. In the 1990s, the nonprofit changed its name to the Conservancy of Southwest Florida, reflecting its commitment to the entire region, which Moher says is “unlike any place on Earth—we have manatees and panthers, sea turtles, mangroves. We have more threatened species than other places.” As such, he adds, we have a responsibility as stewards. 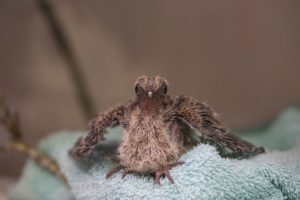 Locals seem to agree. This is evident by the nonprofit’s army of supporters, including 600 volunteers, 30 board members and more than 10,000 families who sign checks to the Conservancy annually. Appreciation for nature is one of the qualities that make this such an attractive area to live and play. Another example of the local support for sustainable growth: the Conservation Collier initiative, a widely supported land acquisition program that has preserved special places like the Gordon River Greenway with funds raised through a county-wide tax. The program—one of many successful initiatives supported by the Conservancy—will be back on the ballot in November. If approved, it’ll raise an estimated $287 million over the next 10 years to protect more acreage and increase public access.

Because it’s out there, among the cypress domes and tangled mangroves, where we catch a view of what many call, the “real Florida.” And while nonprofits like the Conservancy and politicians hold the pens, it’s up to us to ensure we’ll all be able to enjoy the wild heart of this state long into the future.